Tesla Raises the Price of Autopilot by $500 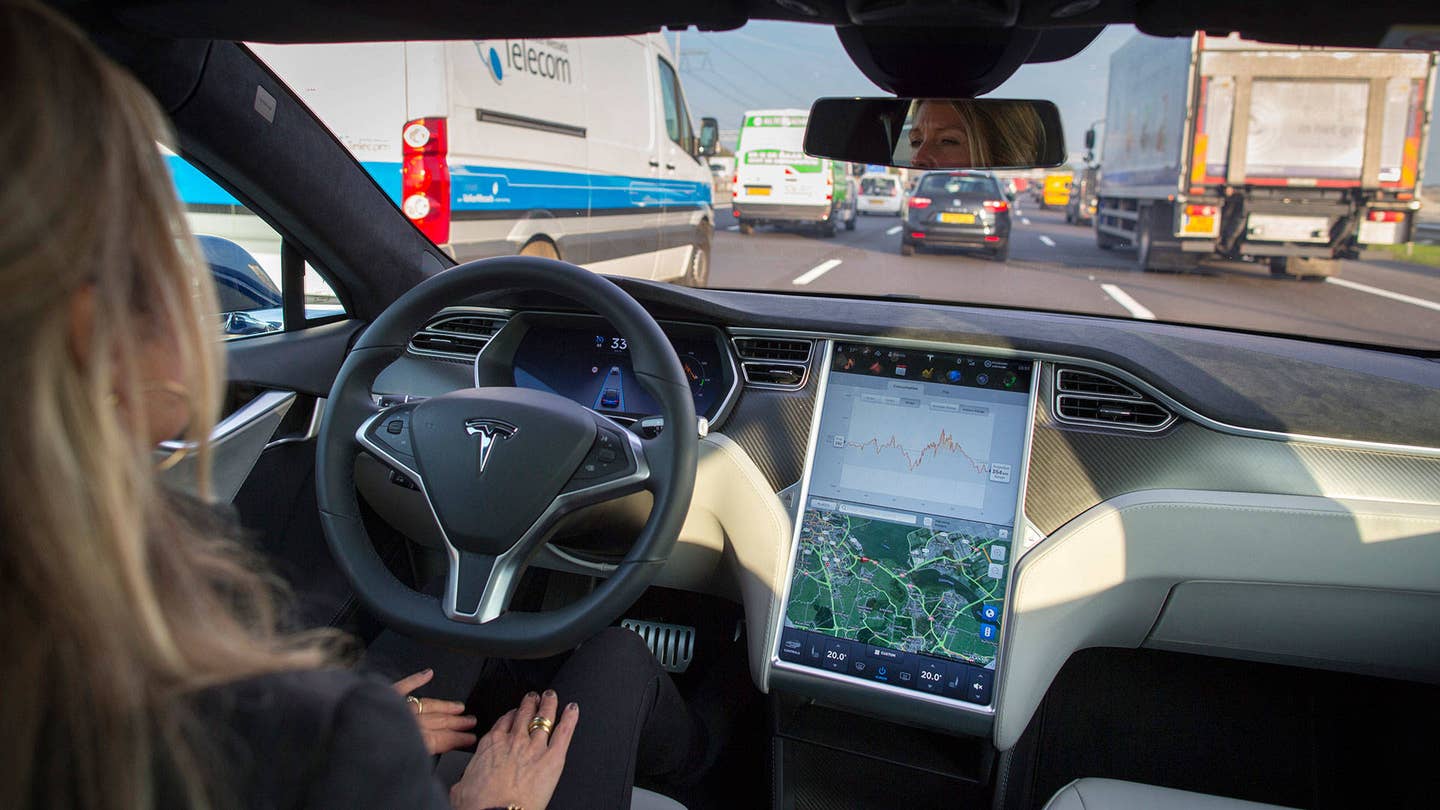 The same day it announced new range-topping, supercar-quick P100D versions of the Model S and Model X, Tesla also bumped the price of Autopilot, the automaker's semi-autonomous driving function. Starting Tuesday, the price of Autopilot rose from $2,500 to $3,000 for buyers looking to order the system on a the car, and from $3,000 to $3,500 when owners want to add it onto their cars after they take delivery.

If you thought the price bump might be due to new or updated autonomous car hardware, well, not quite. Tesla claims the $500 jump in price is solely an attempt to better reflect the system's value, according to Elektrek.

Earlier this month, The Drive reported on how Tesla's cars would likely soon be equipped new hardware for Autopilot. This new hardware, which will reportedly include a new triple camera system and additional radars mounted around the cars, will likely be essential for the upcoming Autopilot 2.0 software update. So far, the electric carmaker (and solar panel/battery provider) has not provided any confirmation regarding that report.

It seems as though Tesla's accountants may be working overtime to make all of CEO Elon Musk's super-ambitious product dreams fall into place. While on a call with journalists Tuesday to announce the new models, Musk stressed that the money earned from the automaker's supercar-quick P100D Model S and Model X—both of which start at around $135,000 before adding Autopilot or any other options—would help maintain the upcoming Model 3's far-more affordable starting price of about $35,000.