Thus giving you a slightly more legitimate reason to floor it for speed humps. 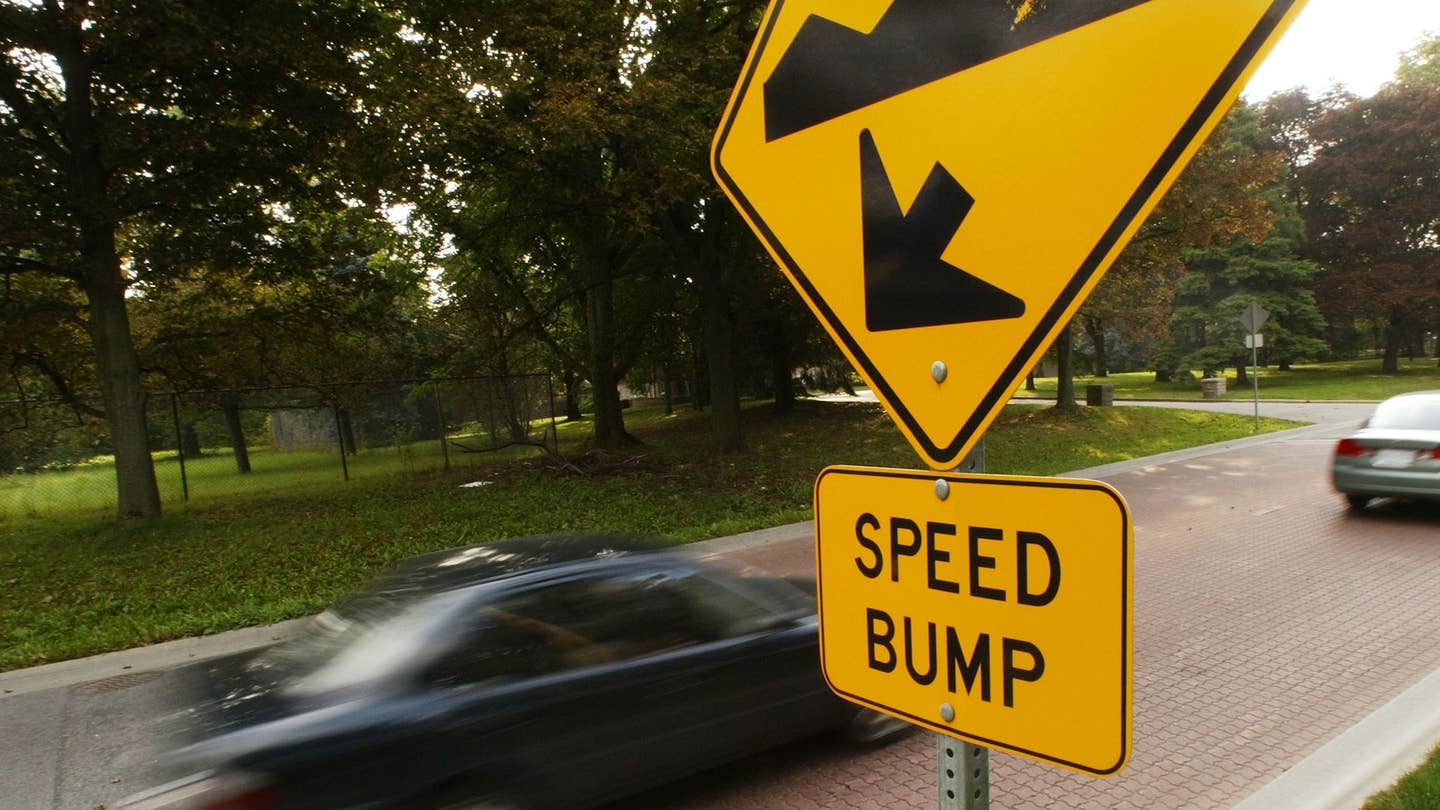 When it comes to recapturing energy that would otherwise go wasted in an automobile, most of us tend to think of the powertrain—after all, hybrids have been sucking up the energy of slowing vehicles to recharge the batteries for decades now. But Audi's new suspension proves there's electricity in the shocks that's ripe to be harvested, too.

The system, which Audi has somewhat unappealingly dubbed "eROT," swaps out a car's traditional hydraulic dampers for electromechanical rotary ones. Using a lever arm connected to an electric motor through a series of gears, these shock absorbers are designed to suck up the kinetic energy created during the compression and rebound strokes and convert it into electricity, which can then be channeled into the car's 48-volt electrical system. In testing, the system has reportedly generated anywhere from 3 to 613 watts of juice, depending on how rough the road is; under ordinary conditions, Audi expects the system to lead to a reduction of around 4.6 grams of CO2 per mile of driving.

The system offers other benefits beyond a minute-but-measurable decrease in emissions, too. As the electric motors are mounted horizontally instead of vertically, like regular shocks, rear trunk space can be increased. And the rapid responses of the eROT system mean it could operate beyond the limits of conventional dampers, giving future Audis equipped with active electric suspension a better ride/handling balance than today's cars.

This electric energy-absorbing suspension is hardly vaporware, either. Audi says the next version of the system will drop in 2017, in a vehicle equipped with a mild hybrid setup; in that car, Audi says, the system is expected to lead to a fuel economy increase of up to 0.7 liters per 100 kilometers. Considering the potential benefits (and the expected ubiquity of the 48-volt electrical system in many future Audi models), we wouldn't be surprised to see the system hit the production line soon. Say, isn't the next-generation A8 expected to arrive in 2017?