The new Z06 won’t be released until later in the year, but someone nabbed a killer garage decoration in the form of its front bumper. 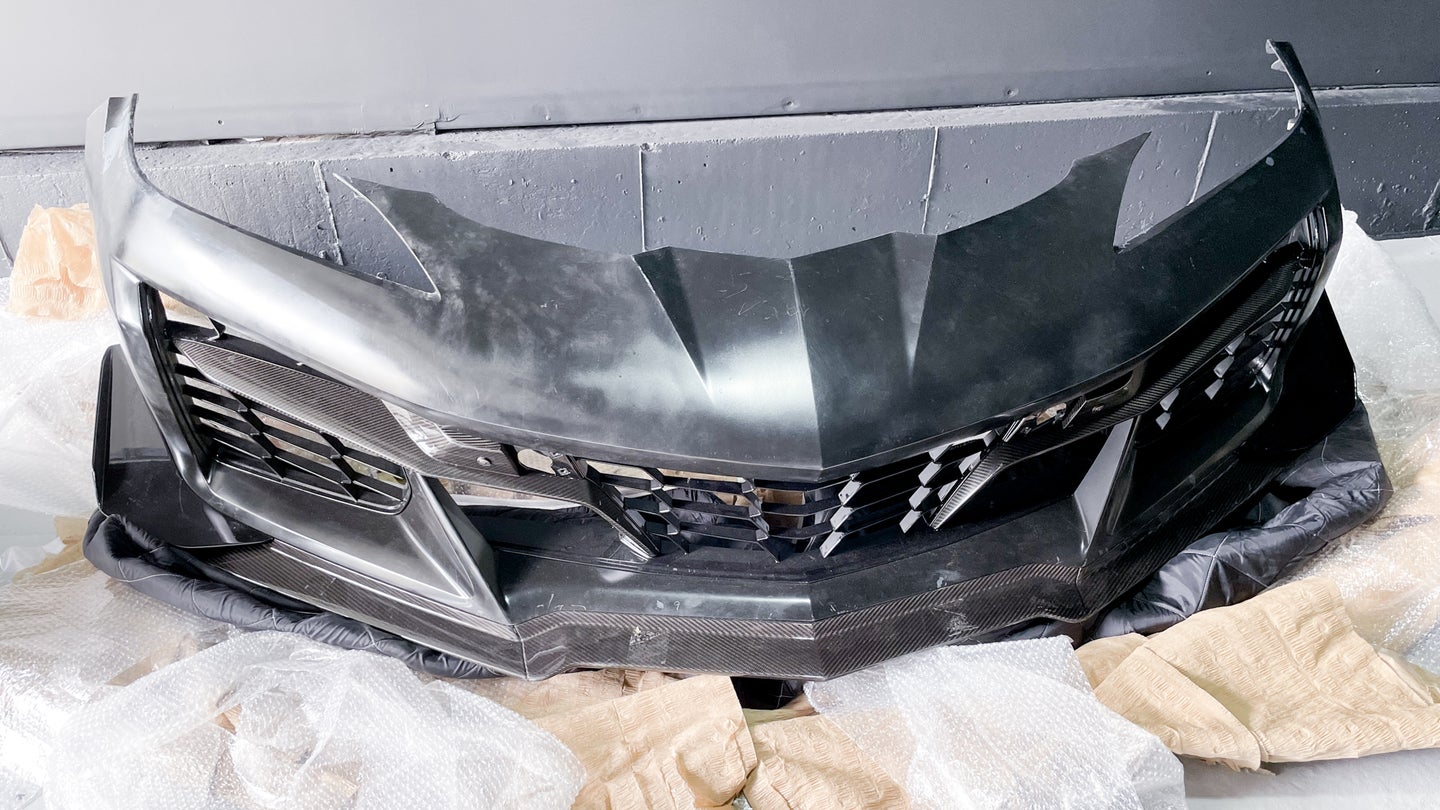 With parts supply running thin for a lot of cars currently on the market, it can be agonizing to source replacements for repairs. That makes it even harder to comprehend how one intrepid forum poster sourced a Corvette Z06 front bumper months ahead of the car's production launch.

The Z06 version of the C8 Corvette was unveiled last September, but production isn't slated to start until the summer of this year, and the only one that has sold thus far was VIN #1, at a charity auction for a staggering $3.6 million dollars. However, Midenginecorvetteforum user Trans Damm was somehow able to get their hands on the front end of one and posted photos on March 25, providing some of the highest-detail shots of the Z06-specific, bare-carbon-fiber front fascia to date.

The photos of the unpainted bumper clearly show the splitter, canards, and front grille detailing exclusive to the Z06 demonstrated in press photos and early previews of the 2023 model. This one also shows off the bare carbon-fiber weave only barely visible in the single press shot shown above of the silver 'Vette. The Z06 will have carbon-fiber wheels as an option as well as carbon fiber ground effects, and that bare splitter and center grille inserts are listed as available, although clear images have been hard to come by until now.

The Drive reached out to Trans Damm for comment on how they obtained the bumper, but they declined to comment; their original post only says that it'll be used for some "garage art." Can't lie—that's a pretty cool piece of garage art. A Chevrolet spokesperson also declined to comment on the mysteriously appearing bumper, so there will be no answers to how this forum user got a piece of a car that hasn't even managed to hit dealer lots yet. Either way, bare carbon is a good choice; I just hope whoever options their Z06 this way will watch out for those steep driveways.

A GM official dropped a hint regarding Z06 pricing, and the math tracks—barring any big markups.

Here’s Everything Corvette Z06 Engineers Did to Beat Overheating Issues

The secret lies in natural aspiration and a ton of radiators.