Rolled out in 1922, the Type 30 was loaded with innovations and lessons learned from previous models. 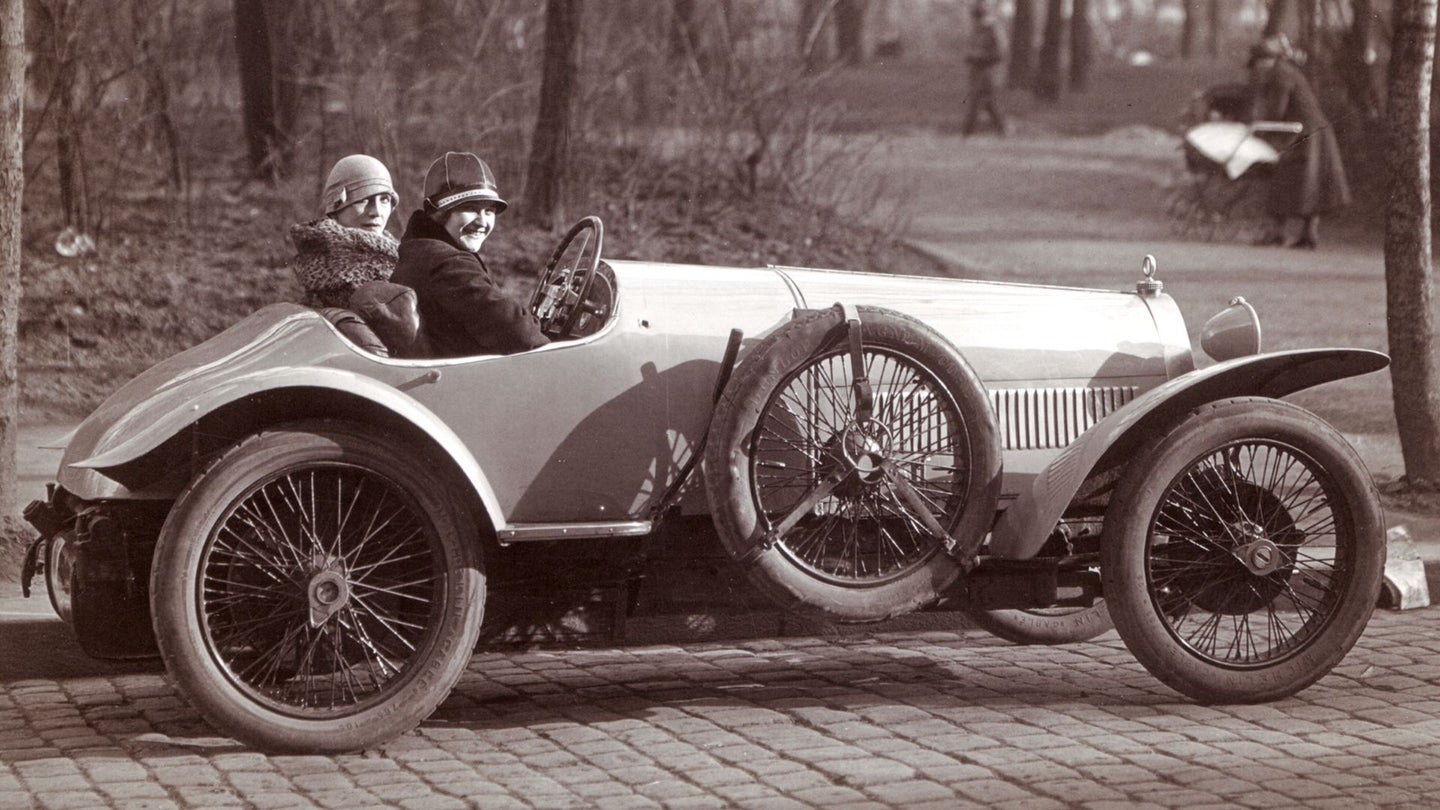 By 1921, Ettore Bugatti had two decades of car building experience behind him, including more than 10 years making racing cars. He started planning a 3.0-liter, eight-cylinder engine to drop into his Type 28 prototype when Grand Prix regulations changed, limiting displacement to two liters. Heading back to the shop, Bugatti opted for a smaller 2.0-liter inline-eight that featured two four-cylinder blocks and a monoblock crankcase attached to the frame.

Bugatti tried out that same engine in the Type 29, and it performed well in several races, proving its value and leading to even more success in the Type 30 in 1922. Developing nearly 100 horsepower with speeds up to 90 miles per hour, the inline-eight made the Type 30 one of the fastest vehicles of its time. Even as it celebrates its centennial, the industry recognizes this model as an innovative and important car in automotive history. A toast to you, Type 30, on your anniversary.

The Italian-born Bugatti namesake was known for building interesting and beautiful engines, not just functional machinery. His knowledge of airplane engine designs led to advancements in automotive technology, including the orientation of the vertical shaft and coordination of two overhead intake valves and one larger outlet valve for quicker gas exchange. The spark plugs are initially fired by magneto dual ignition and subsequently by battery ignition, Bugatti says, and it employs two Zenith carburetors to supply the eight-cylinder engine with the requisite air-fuel mixture.

Using a forged front axle taken from the Type 22, the Type 30 was the first Bugatti production vehicle with front brakes; other cars at the time braked using only the rear axle. Ettore himself reportedly once said, “I make my cars to go, not to stop” so this was perhaps some concession for him.

The Type 30 also featured a multilayered leather package to better absorb a jarring ride on poor road conditions, which early drivers surely appreciated. This car was created to closely resemble its racing counterparts, but for discerning drivers who wanted a great experience for the money.

Bugatti sold about 600 examples of the Type 30 until it was replaced by the Type 38 in 1926. Pristine examples of the Type 30 are selling for upwards of a million dollars these days, so most people won't get a chance to drive one. But if you have the opportunity to behold its majesty in person, stop to appreciate what Bugatti accomplished with this model. In the meantime, maybe you could pick up one of Bugatti's new electric scooters in French blue.