New Hyundai Grandeur Will Have Pixels Just Like the Restomod

Yes to the throwback design elements. 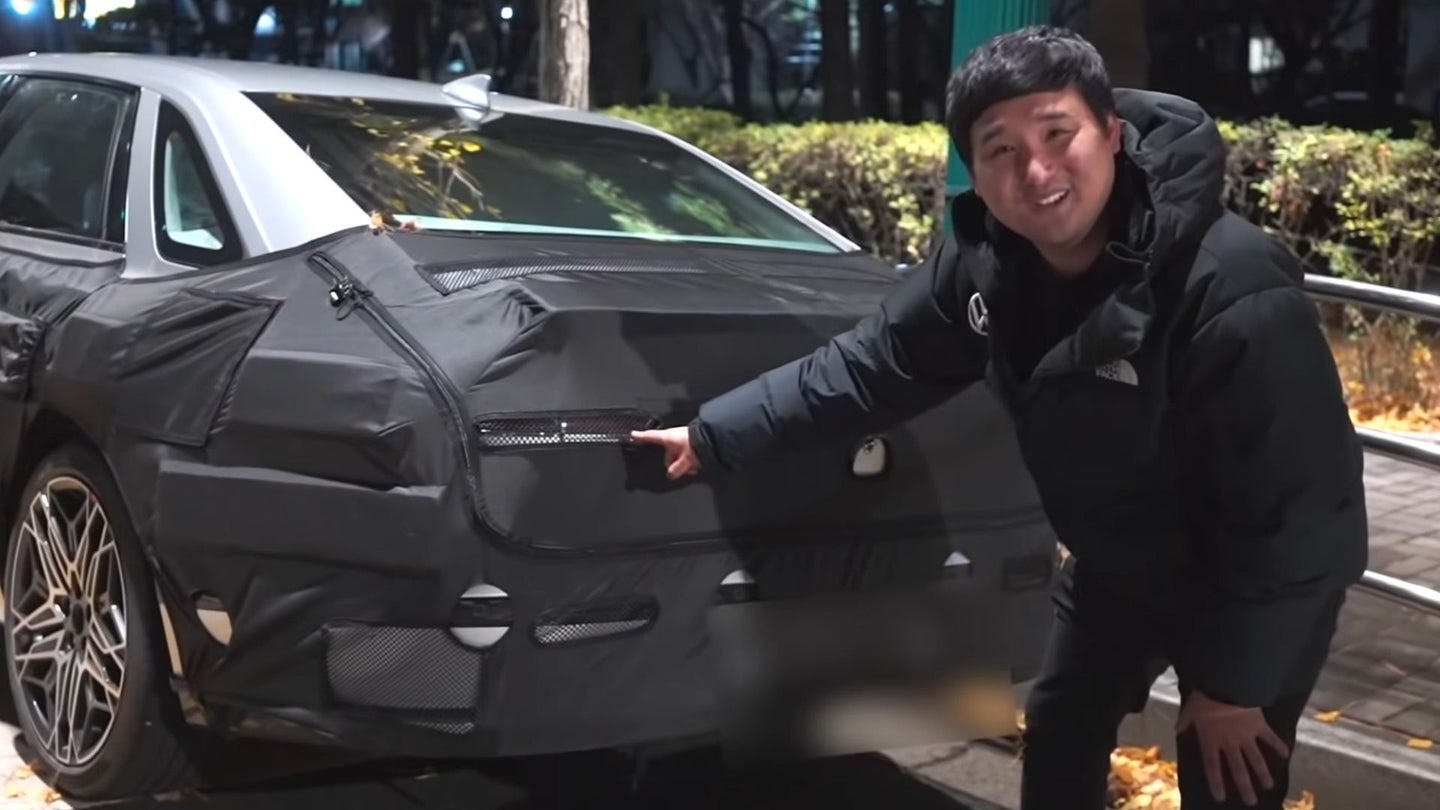 Concept vehicles are designed to tantalize us, suggesting what could be. Hyundai teased us with a boxy 80s-style restomod in the form of an all-electric reimagined Grandeur. Sporting the rebadged-Mitsubishi 1986 shape of the original Grandeur, the concept was promoted in November to celebrate the model’s 35th anniversary. In the design, Hyundai replaced the original ‘86 headlights and taillights with pixel-style LEDs that made me want to play an old version of Donkey Kong.

Spied in Korea recently, a camouflaged mule of the updated Grandeur–which was sold in the U.S. as the Azera up until a few years ago–sure seems to have a lot of design elements from that spectacular Grandeur concept.

posted a comparison video showing photos of the concept and pointing our design elements that appear to be similar on the mule. While I can’t translate what the host is saying, it’s clear that he is highlighting areas like the trapezoidal back window and he spends a fair amount of time looking at the headlights and taillights. And with good reason, because the “Parametric Pixel” exterior lighting is fitting of the model name.

As a brand, Hyundai is embracing the nostalgia of the past with hints of 80s and 90s features. The rectangular taillights on the 2022 Ioniq 5, which Hyundai says are “designed to be futuristic and retro at the same time” riff on the throwback theme as well.

“As our designers conceive the future, it’s important to look back on what we’ve created in the past and find inspiration in it,” said Hak-soo Ha, Head of Interior Group of the Hyundai Design Center in the concept release. “With the Heritage Series Grandeur, our designers have reinterpreted an important part of Hyundai’s history as a wonderfully unique blend of vintage and contemporary that reflects the boundless possibilities of our EV era.”

I just hope the taillights work like the ones on the concept, sweeping across with a throwback video game feel.

When it comes to retro classics, Hyundai understood the assignment.

If minivans can be this cool, then why isn’t everything else?