The Ford Taurus Was Almost Named the Integra

Ford's first modern passenger car nearly had a name that would've influenced the legacy of another, very different front-wheel-drive car. 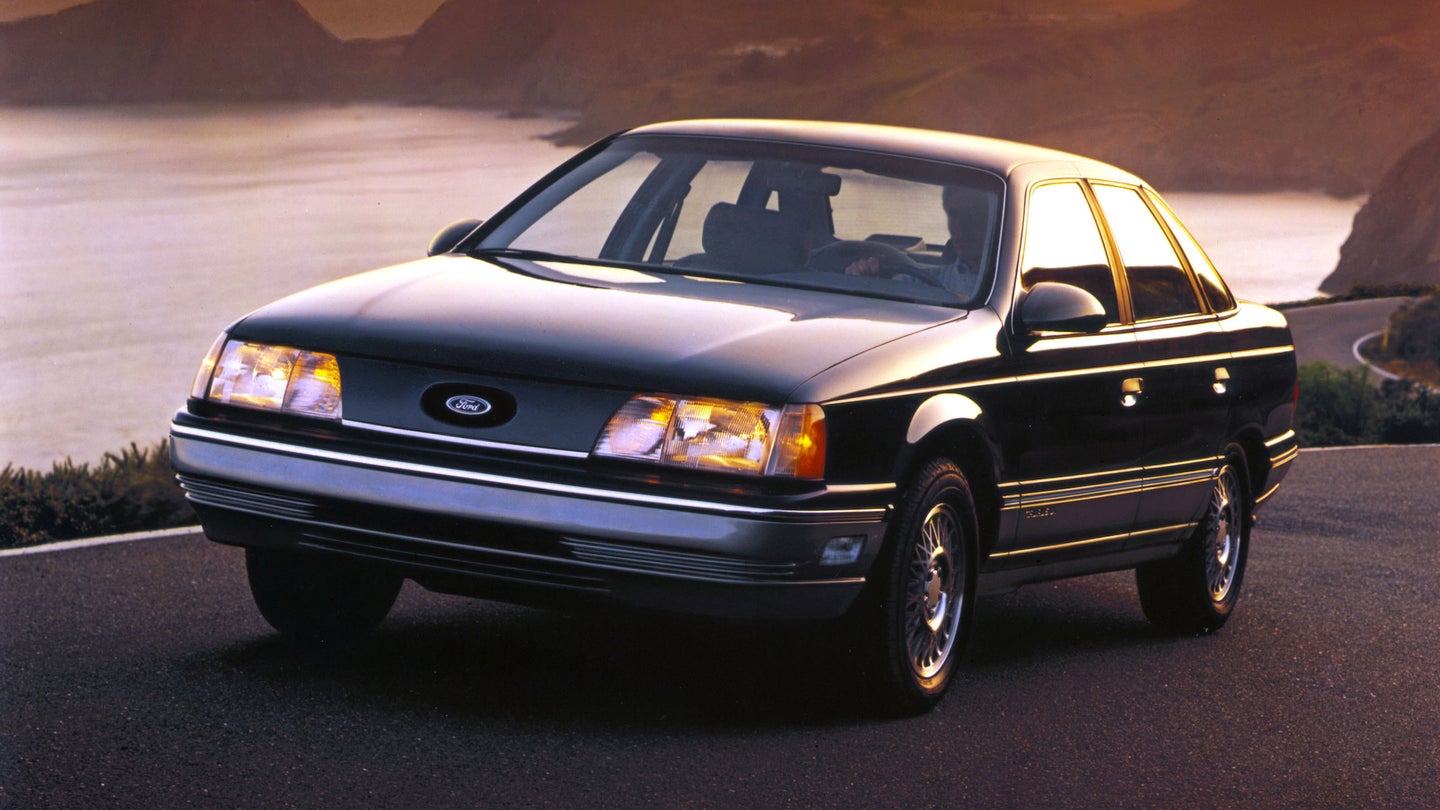 About a year from now, the Integra name will return on a new Acura sedan that some people are inexplicably disappointed about. It was always just a premium compact, guys—you should be glad that it's getting a manual transmission at all. Trust us when we say you'd rather live in this timeline, where you can look on the Integra with the nostalgia you do, rather than remember it as the plain Ford that it almost was.

Citing Taurus: The Making of the Car That Saved Ford by Eric Taub, Ford Authority reports the Blue Oval was looking in early 1982 to replace the working name of its then-revolutionary, top-secret front-wheel-drive sedan. Taurus, as it was codenamed, had been conceived by its developmental lead Lewis Veraldi and product planner John Risk, who settled on the moniker after realizing both their spouses were born in May. They shared an astrological sign, Taurus, whose strong-sounding name seemed fitting for the car meant to pull Ford back from the brink of bankruptcy.

Taurus would be forced to face off 20 alternative names, some of which wouldn't make the cut on this particular Ford, but would later on. They included Aerostar, Orion, Probe, and Telstar, which were used in various markets across the globe. Then there were names that'd be scooped up by General Motors, such as Lucerne (for a Buick) and Lumina (a Chevy), and several that'd later be employed in Korea—Forte, Genesis, Optima, Spectra—as well as one that'd be used beyond, Tiara.

There were names the auto industry couldn't touch, like Fanta, and others it wouldn't, notably Ancona, Destiny, Entry, Frise, Innotek, Logic, and Ultra. On this long list, though, was a submission from ad agency J. Walter Thompson, which recommended the sedan be called "Integra." The name was said to have been the most popular candidate to replace Taurus, but still not quite as favored as the initial name, which Ford stuck with. This left the door open for Acura to use it on a compact car that'd arrive in 1985, and in time be lionized by tuner subculture as one of the greatest-handling front-drive cars of all time.

That legacy has been an unreasonably difficult one for the newly revived Acura Integra to live up to, one the Integra would've never been saddled with had Ford used the name on its family sedan. Then again, if that means we would've missed out on this phenomenally '80s ad, maybe it's for the best Ford didn't cut the bull. Until 2019, anyway.