It’s part of the company’s push to make the autonomous vehicles of tomorrow more bike-friendly. 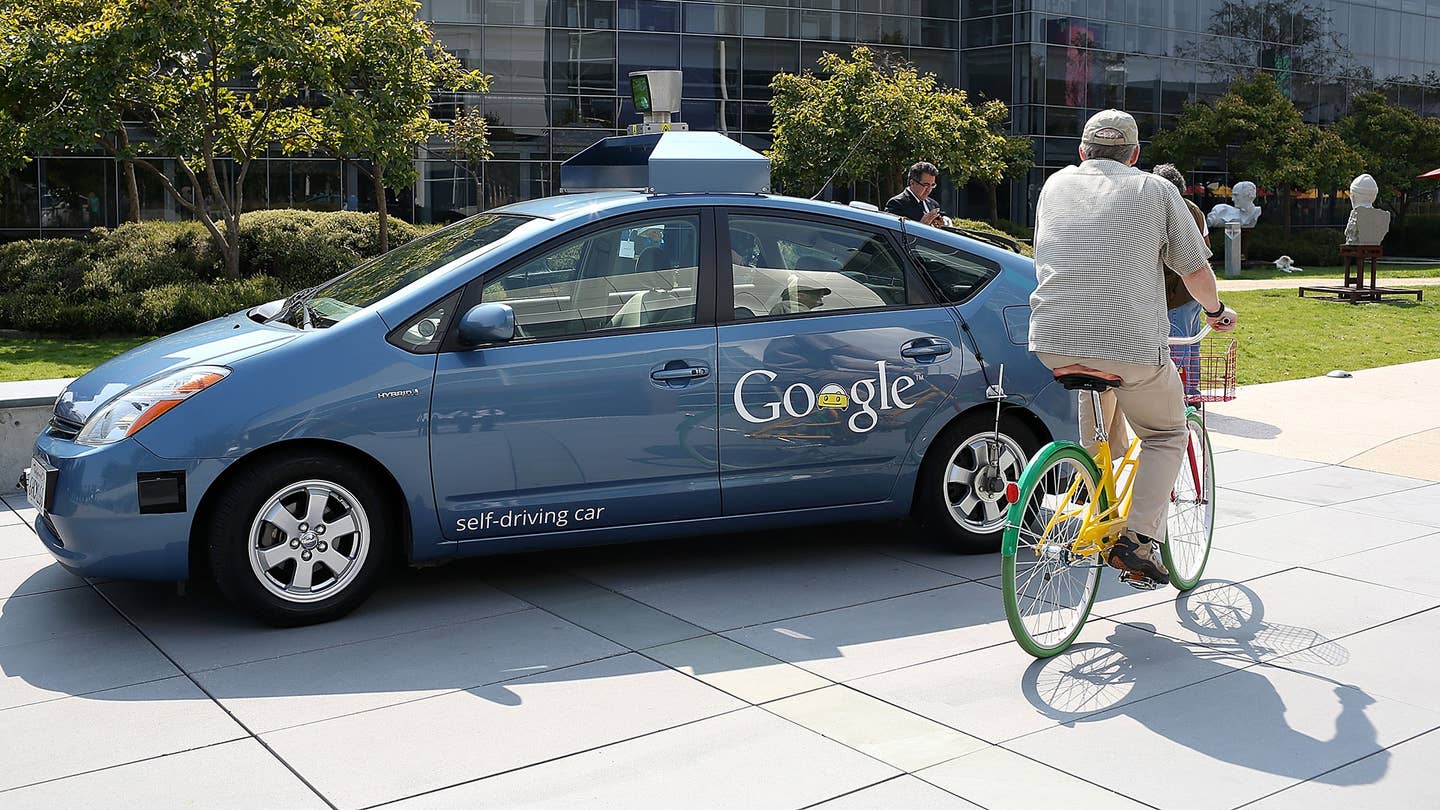 In a bit of news sure to please nerdy bicyclists across the land, Google's self-driving cars now recognize those inane cycling hand signals everyone was taught in elementary school and immediately stopped using. Google announced the move in its June 2016 report on the state of its self-driving test vehicle network, a fleet of 58 cars that now stretches across four states.

Using their radar sensors, Google's self-driving cars are able to to detect a bicyclist's outstretched hand as it signals the traffic behind it, then react appropriately to give the cyclist a chance to turn or move over. The software can even remember previous hand signals a rider makes, in order to better predict the cyclist's future movements.

The addition of dorky hand-signal recognition is just one way that Google is trying to improve the ways its self-driving cars interact with people on bikes. Google says it has trained its self-driving cars to always give cyclists a safe buffer zone, giving them plenty of room during passing maneuvers and respecting them when they take up an entire lane. The vehicles' systems can recognize all different shapes and types of bikes and riders, from big wheels to unicycles to tandem bikes. And since its cars use radar as well as the visual spectrum, they're just as adept at picking out a biker at night as they are by day.

Cycling, as it turns out, is becoming an increasingly large part of America's diverse transportation network. In the last decade alone, bike trips across the country more than doubled by the NHTSA's count, leaping from 1.7 billion to more than 4 billion just in the eight years between George W. Bush's inauguration and Barack Obama's.

And just as more cars on the road means more car accidents, more bicycles roaming the streets means more cyclists headed for the emergency rooms—or the morgues. More than 50,000 bicyclists were injured on U.S. roads in 2014, and more than 720 of them were killed. Any self-driving car of tomorrow, therefore, needs to be just as adept at dealing with cyclists as it does pedestrians and other cars.