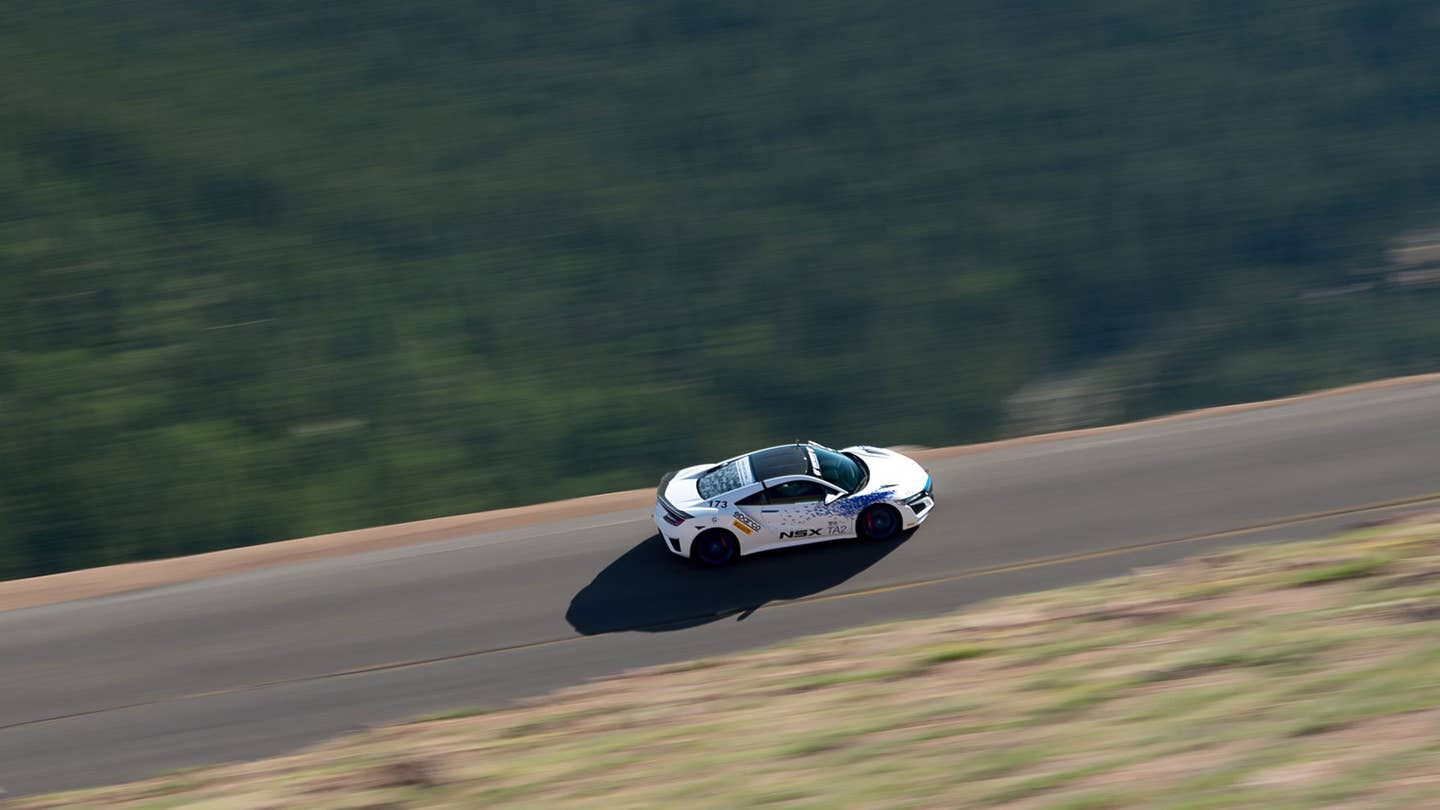 The time has finally come. A spy photographer has captured photographic evidence of a mid-engined Corvette. Although the picture is very blurry and the vehicle is heavily camouflaged, it's still proof GM will be taking Chevy's sports car mid-engined. Expect the mid-engined Corvette to debut at the 2018 Detroit Auto Show ahead of a 2019 model year debut. America will never be the same again.

To no surprise, Acura’s all new NSX absolutely dominated the Time Attack 2 division at the Pikes Peak Hill Climb, beating the second place competitor by 11 seconds. We all knew the new Acura was quick, but damn…

If you haven’t already heard by now, Jay Leno was involved in a rollover while filming his TV show. Jay was riding shotgun in Bob Riggle’s 2,500-hp drag car when it rolled several times. Fortunately neither Bob nor Jay were injured and the coveted Hemi engine came out unscathed. The car’s body, sadly, is a very different story.

Chafage is a harsh reality that many of us have had to live with every day—until now. Western Rise has produced a stretchable, breathable hiking short called the Granite Camp Short that will keep you cool and comfortable, no matter how extreme your day may be.

Want to get the perfect longboard for laid-back summer cruises? Obviously, the answer is yes, so do yourself a favor and check out the heavy-carving Zeppelin Premium board by Arbor Skateboards. Made of a maple deck and Gullwing sidewinder trucks, they'll glide you to skateboarding paradise.

Today’s beer pick takes us to Ozark Beer Company in Rogers, Arkansas. Founded in 2013, this small brewery has established a significant following and proven that you can start cranking out some amazing beers right off the bat. For example, the company's BDCS imperial stout has a ridiculously-high 99 rating on Beer Advocate.

If you are looking to grab a new pair of fly-fishing waders, don’t be a chump and pay full price. Get a nice pair of Patagonia Rio Gallego Waders for 50 percent off.