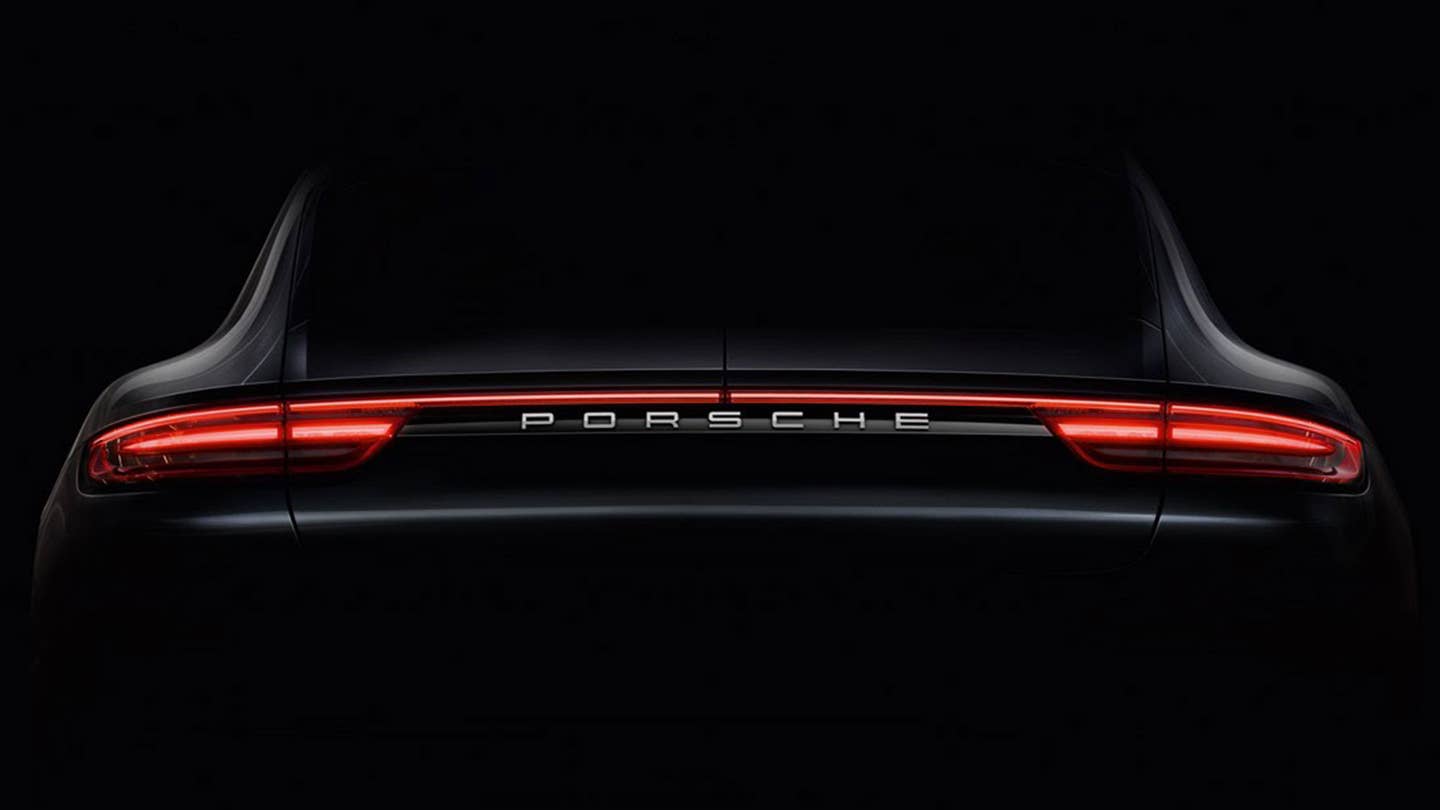 Pictures of the all-new 2017 Porsche Panamera Turbo have leaked onto the Internet days ahead of the car's planned reveal—and damn, has Porsche made up for the stylistic misadventures of the first-gen Panamera with this new model.

It's remarkable just how little Porsche actually had to change the basic shape of the Panamera in order to transform its looks from tolerable to terrific. The rear glass and C-pillars have been straightened out a bit; the rear wheel arches have been trimmed some; the tail lights are shorter and wider, the sides a bit cleaner. Nips and tucks, sure, but the end result is waaaay more than the sum of its parts.

The front end is almost the spitting image of the Panamera Sport Turismo concept Porsche revealed in 2012. The concept car's Kryptonian-crystal headlamps have been replaced with more conventional units, the LED running lights have been simplified, and the lower jaw bears a slight familial resemblance to the Cayman, but otherwise, it looks very much like the station wagon concept car that stole our hearts.

There's even a hint of Tesla Model S to the Porsche's rear three-quarter angle. Considering that's the Model S's best angle out of a whole bunch of great angles, it seems like a good choice to, shall we say, appropriate.

Inside, the Panamera has been outfitted with a new two-piece electronic dashboard, capable of displaying a wide variety of information. But fear not, Porschephiles—there's still a classic analog tachometer proudly sitting front and center.

The engine, at least in the Turbo model, is the new 4.0-liter twin-turbo unit that Porsche announced last month. Porsche has already stated the motor makes 549 horsepower and 567 lb.-ft. of torque. We will now state that this makes us smile.

And even those poor saps who lose the arm-wrestling match to grab the keys will still be able to chill out in the three other roomy bucket seats. Folks in the back even get a touchscreen control, presumably to fiddle between fan settings on their ventilated seats while being blasted from 0 to 60 mph in less than four seconds.

We anxiously await the new Panamera's official reveal next week, at which point we fully expect Porsche to announce its new super sports sedan can beat a Honda Civic around the Nürburgring.

Ford’s New Raptor Is Packing A Punch And Porsche Is Flirting With A Panamera Wagon: The Evening Rush

Plus, Airstream has the perfect trailer and Singlecut Beersmiths has all your Spring brews