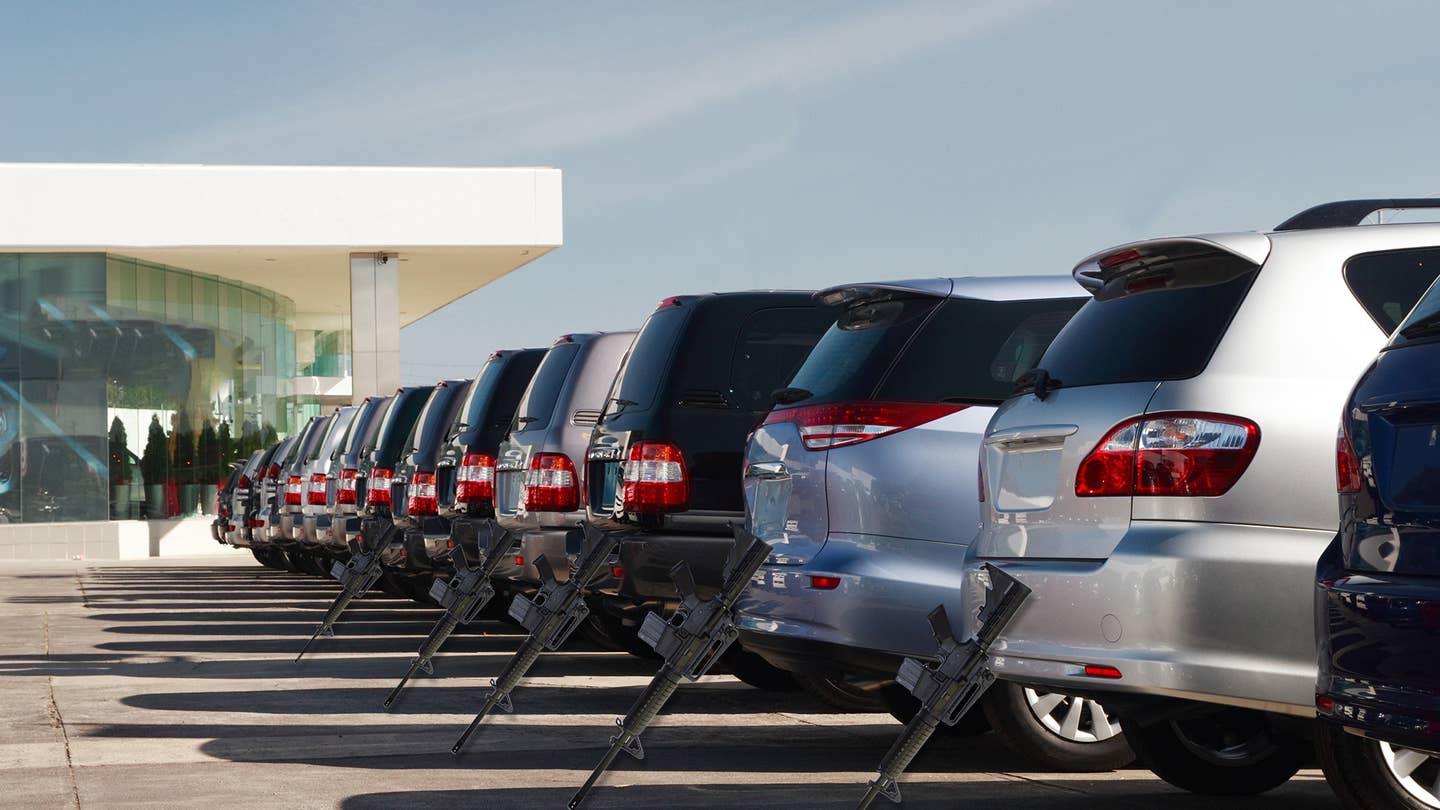 Hagan's Motor Pool, in Rochester, New Hampshire, is currently offering a free AR-15 rifle with the purchase of select pre-owned vehicles. Dangling complimentary firearms as a means to entice sales isn't historically groundbreaking—scores of dealerships have run similar programs in the past—but this particular offer has proven upsetting to some, since the AR-15 is remarkably similar to the rifle used in the mass shooting in Orlando on June 12 that killed 49 people.

To be fair, owner Mike Hagan launched the promotion in May, long before the Florida massacre. "We've had spectacular reception, even after what's happened [there]," Hagan, a military vet who served in Afghanistan, told the New York Daily News.

The specific offer, "Need a car? Want a free AR-15 also? Get both at Hagan's" originally ran as a Facebook advertisement. The banner image for the dealership's Facebook page currently consists of a Photoshopped image of several cars next to one of the rifles, with the tagline, "Buy a car, get an AR."

Hagan is quick to note buyers aren't immediately handed the semi-automatic rifle when they pick up their used car. They still have to go to the gun dealer that Hagan partnered with and pass a federally-mandated background check before claiming their new firearm.

Hagan’s rationale for the giveaway wasn’t particularly deep. “Guns are popular in our area,” he said. (New Hampshire is, after all, the "live free or die" state.) Since the ads began, he’s given away four AR-15s and one 9mm handgun, an alternative option to the rifle. Hagan says he's not losing any sleep over concerns a weapon he provide could be used to slaughter civilians. “I could worry about the same thing with a car being used to hurt other people. In the end, that kind of heinous crime is in the heart,” he said.

What do you think of Hagan's promotion? Tell us below in the comments.

Loud Cars, Quiet Guns, and the Art of Disappearing

How a midwest auto mechanic became the fall guy for an organized crime syndicate (and faked his own death to escape).

It’s the only Ford Festiva you’ll ever covet.