VW, Which Has Never Lied to Us, Supposedly Confirms ‘Voltswagen’ US Name

We know VW is going all-in on EVs, but this would be…something else. 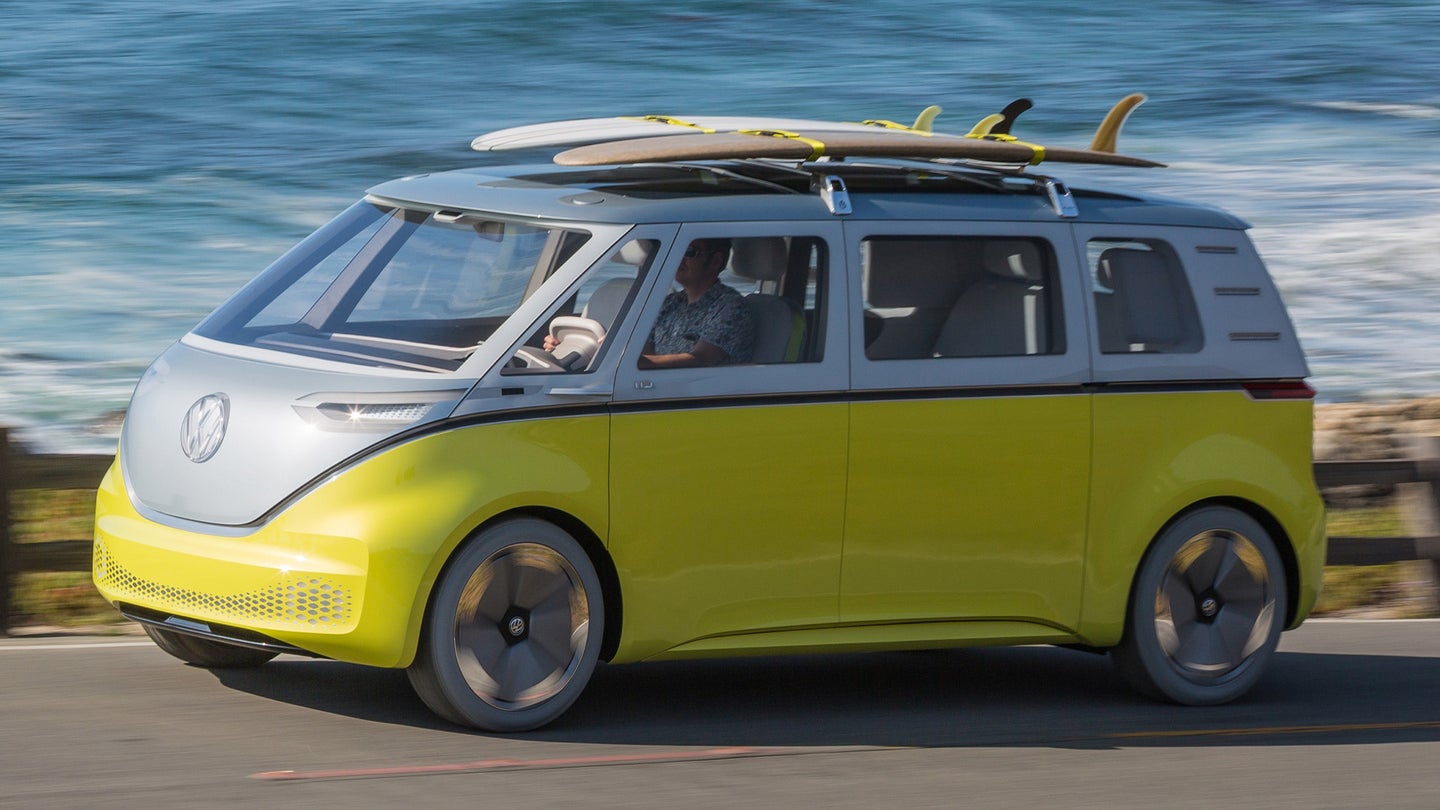 It's no secret that Volkswagen is hopping on the EV train—the auto group is investing $40 billion and building six new battery plants across Europe, after all. With a slew of new electric cars set to be released and a few others already on the market, it's no surprise the brand has big plans that are yet to be announced. We didn't think that'd mean changing the name, though.

According to CNBC, a now-deleted press release which was allegedly posted a month early detailed the German automaker's plans to rename its U.S. operation from Volkswagen of America to "Voltswagen of America." It's a trick that throws the buzzword "Volt" into the storied brand's name—get it? Wish you didn't?

In the supposed press release, VW allegedly claimed this would be a “public declaration of the company’s future-forward investment in e-mobility,” but ensured all gas-powered models would remain with the conventional VW badge. All new electric VWs would reportedly bear the "Voltswagen" name, however. The dark backdrop to the VW logo would apparently also be replaced with a light blue color to differentiate itself.

According to CNBC, the press release was incomplete and did not offer any photos of these changes. The document was allegedly dated for April 29, so there might've been a mix-up on the date. Until the brand formally announces the name change with a press release that isn't instantly taken down, we won't know if any of this is true for sure. A Volkswagen spokesperson declined to comment when reached by The Drive.

Let's also be very clear that Thursday is April 1, and this week is usually a horrorshow of bad April Fools' jokes disguised as real press releases. The date alone makes us extremely skeptical, and you should feel the same way too, even with VW supposedly confirming the name change to several outlets including CNBC and Road and Track.