That’s one way to do it.

Getting stuck on a trail in your 4x4 isn't a matter of if, it's a matter of when. Heck, even ultra-hardcore Siberian off-roaders with 6x6 monsters get stuck every now and then. When they do get stuck, however, rescuing them doesn't usually involve destroying them by dragging them on their roofs.

The same can't be said for a Toyota Tacoma that was "recovered" in a video posted over the weekend on the Cleghorn off-road trail near San Bernardino, California. After reportedly losing its brakes and rolling over down a hill, the Tacoma was hooked up to a recovery vehicle and dragged, on its sides and roof, all the way down a narrow chute to a more mild area of the trail. Let's just say that if the truck wasn't totaled before, it definitely is now.

As to why no attempt was made to flip the truck back over before it was dragged down the trail is unknown, although the video's updated description states that the vehicle was already likely totaled when it rolled, so they were just trying to get it out of the way.

At the beginning of the video embedded below, you can see that the truck might be in a tight spot, but it wouldn't have been impossible to flip it back over onto its wheels with some effort. It seems like the group wasn't necessarily prepared to make a complicated recovery of the vehicle, opting instead for a simple tow.

It's not clear who the owner of the now-destroyed truck is in the video—or if he was even present—but the sense you get from watching the whole ordeal is that nobody is happy with the situation but also nobody is saying anything. Looks pretty awkward!

We've seen other more complicated recoveries go smoother before, albeit not done by these guys. A few months ago we covered the successful rescue of a Silverado pickup that was dangling off the edge of a mountain, and after that, there was the multi-article saga of the Jeep stuck on the bike trail that was also successfully recovered. Needless to say, this rescue wasn't nearly as precarious as those two, but it didn't go very well despite this.

In fact, Jorgie Maldonado of Jalados 4x4, the group that famously recovered that Jeep Wrangler stuck on a mountainside biking trail, says he's aware of this recovery. In an exchange with The Drive, he says he's unsure if this was totally unavoidable, or if the Tacoma could've been taken off the trail in a more... delicate manner.

"I saw that on the forums [but] I never saw how the truck was positioned... If you look at the video it's pretty hard to get on the side to try to get it on four wheels."

What Maldonado is saying is it may have been extremely difficult to get another truck in a position to right the stuck Tacoma on its wheels. The area where a vehicle would have to pull from looks heavily vegetated, so getting a rescue vehicle into position there may have been impossible. That being said, other tools like trail anchors or snatch blocks may have come in handy here.

In any case, it's really too bad that this Tacoma ended up completely destroyed. I hope the truck's insurance covers being dragged down a rocky chute by another vehicle because otherwise, he might be in a bit of trouble.

Correction: Thursday, Mar 4 @ 1:58 pm ET: A previous version of this story claimed that the  “4Lowco Offroad” group completed this recovery. This is not true as the Dodge Ram in this video is not officially associated with the crew. The Drive regrets the error. 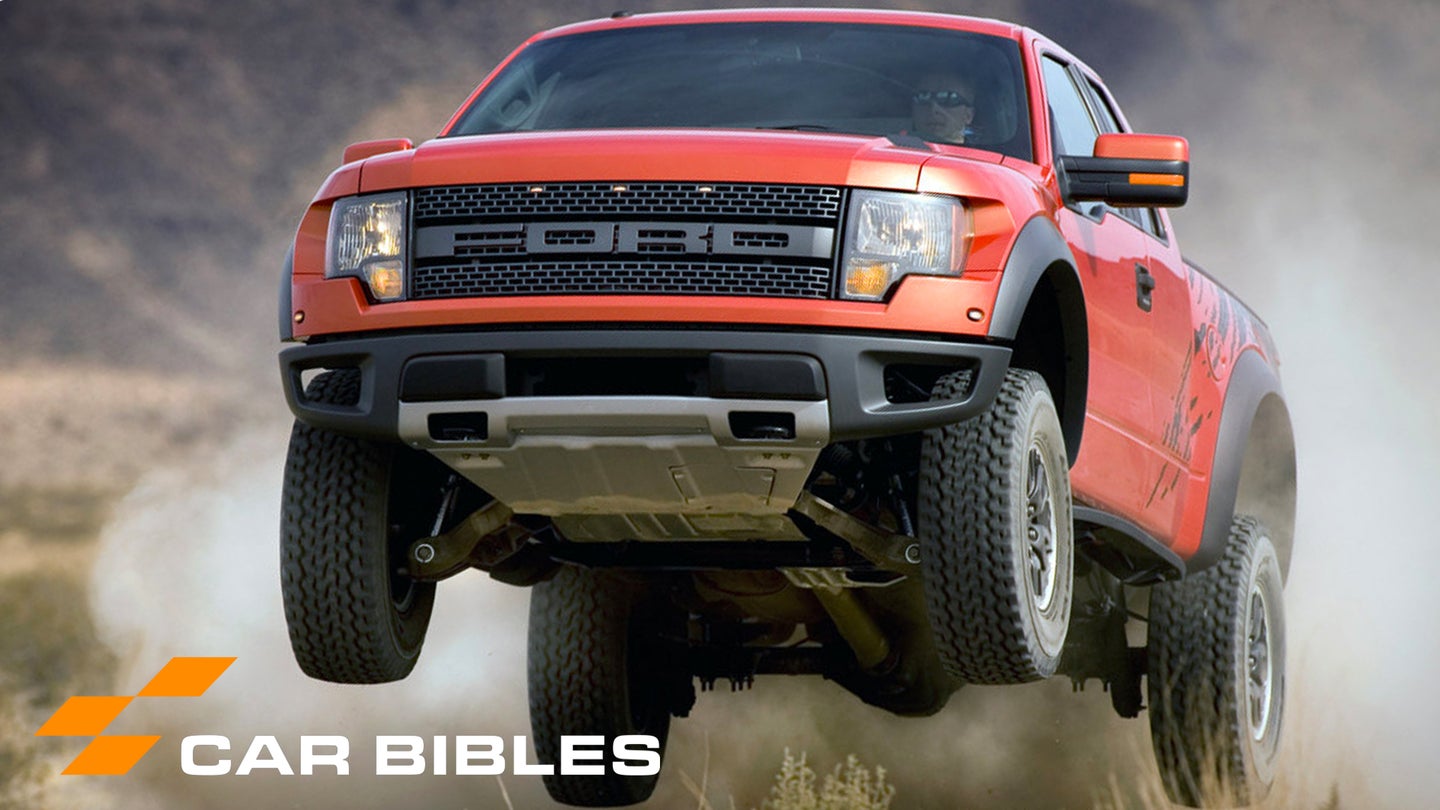 If Your Off-Road Truck Isn’t Broken, It’s About to Break. And That’s OK

You could try driving slower, but that’s a tall order in a sweet new Baja-ready warrior rig. 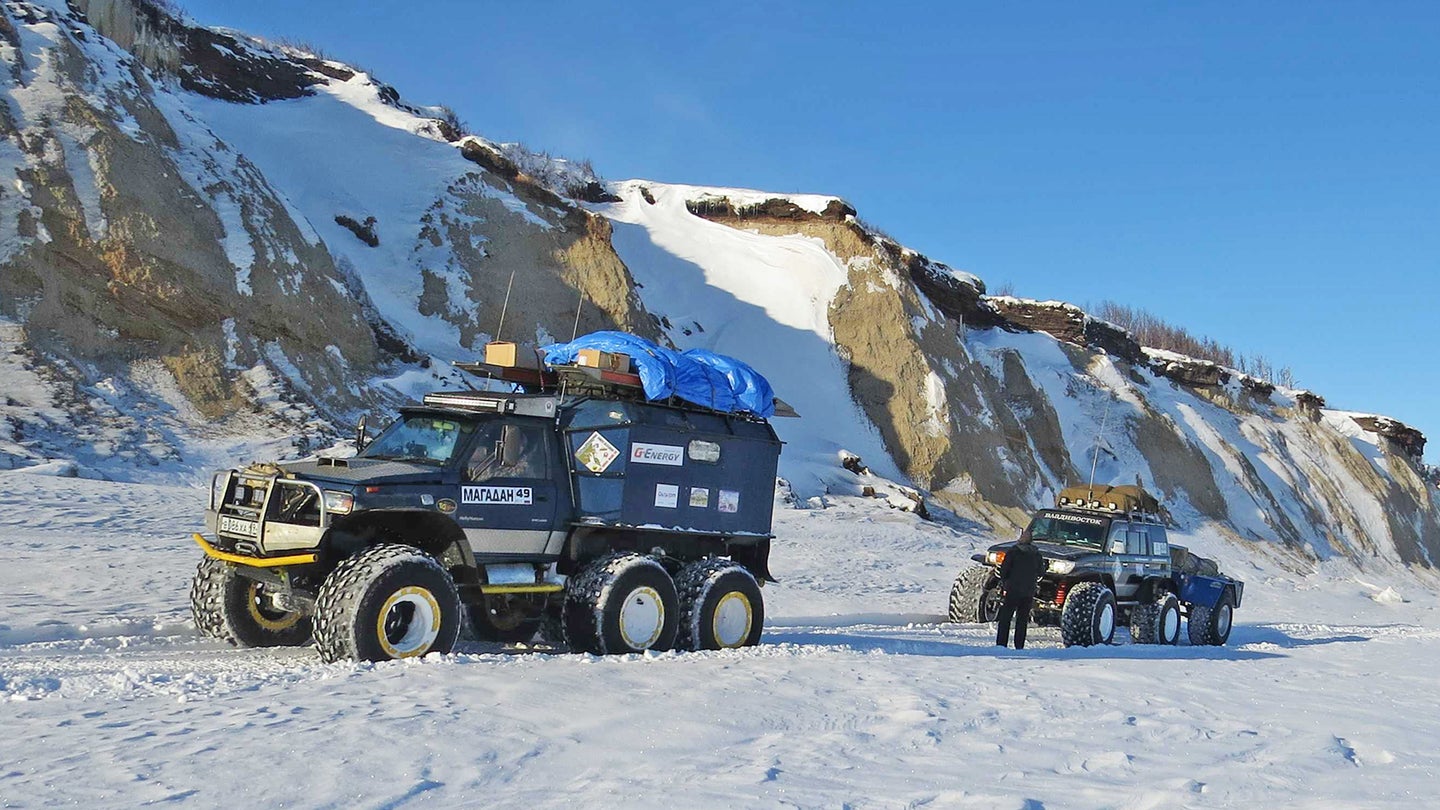 Russian Off-Roaders Crossed 2,000 Miles of Siberia to Reach One Of The Most Isolated Cities On Earth

Oh, you hit the fire road again with your lifted Wrangler? Cute. 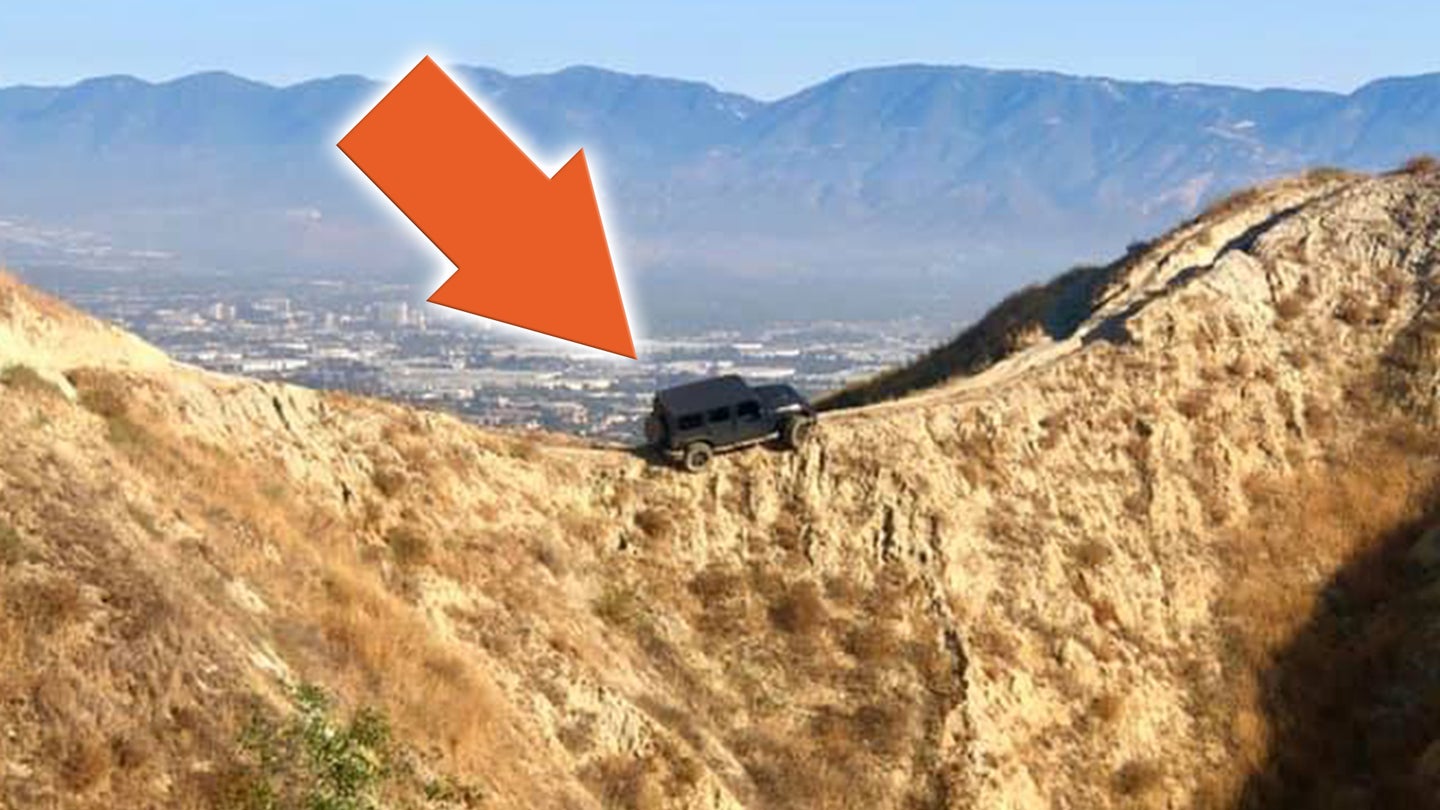 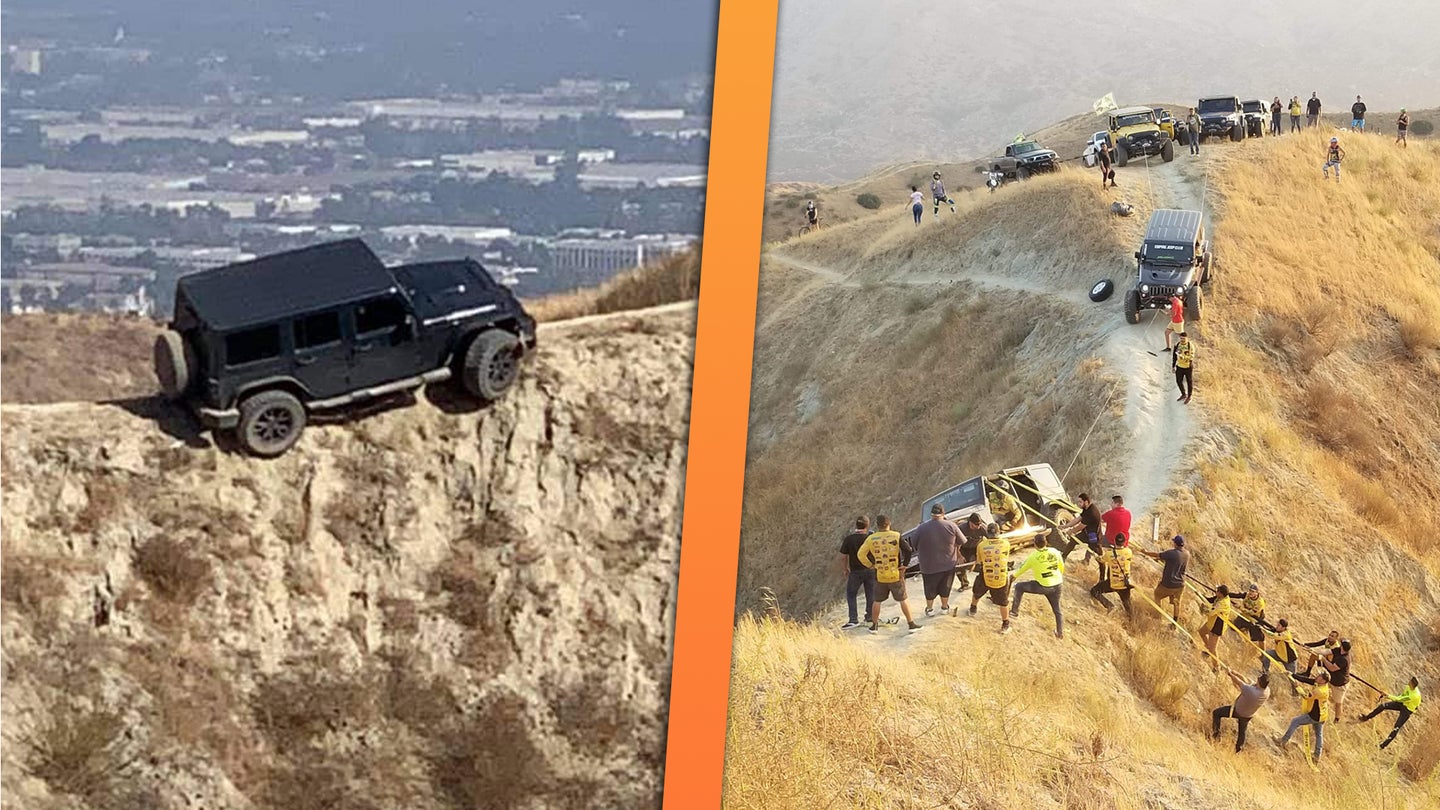 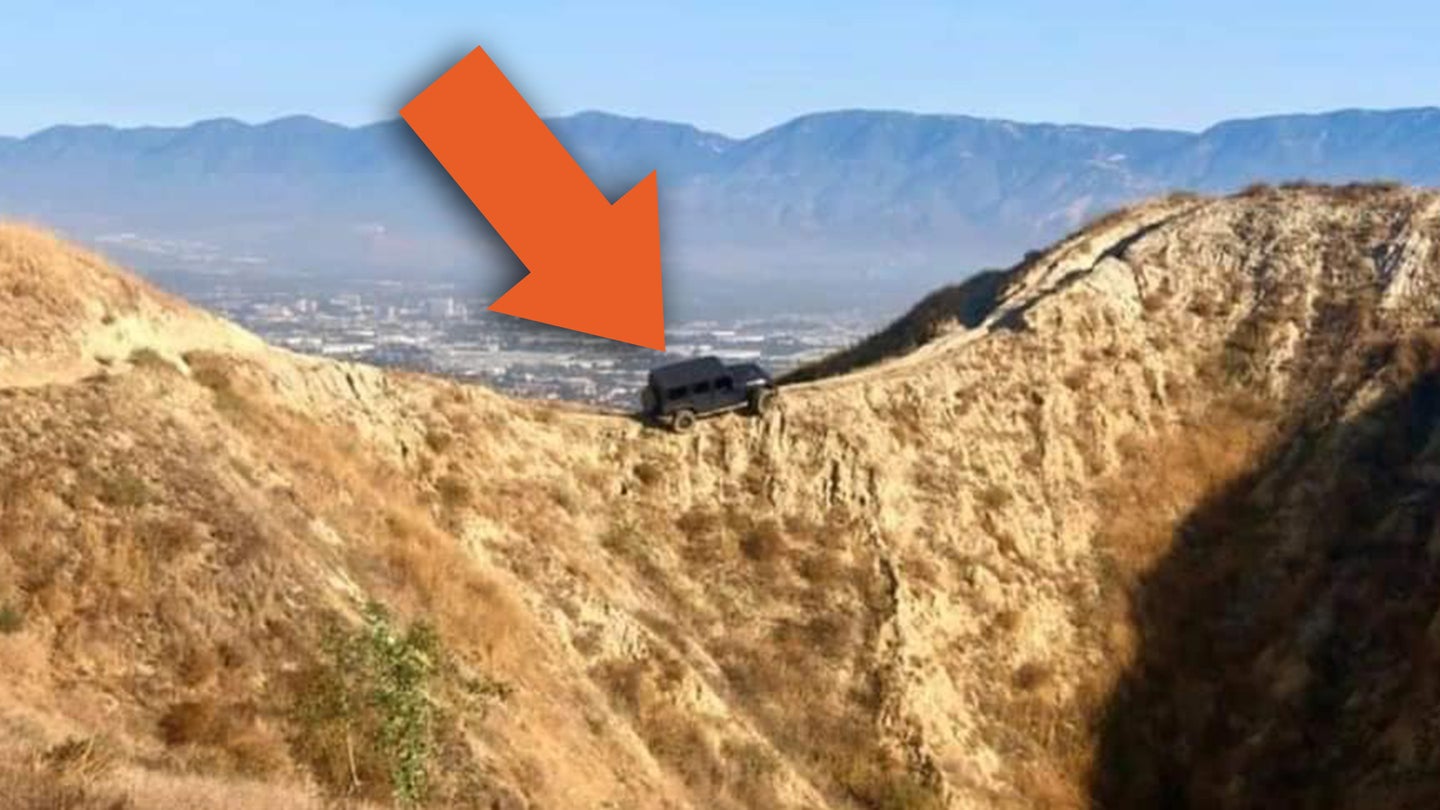