Paint it black and it could almost pass for a Batmobile. 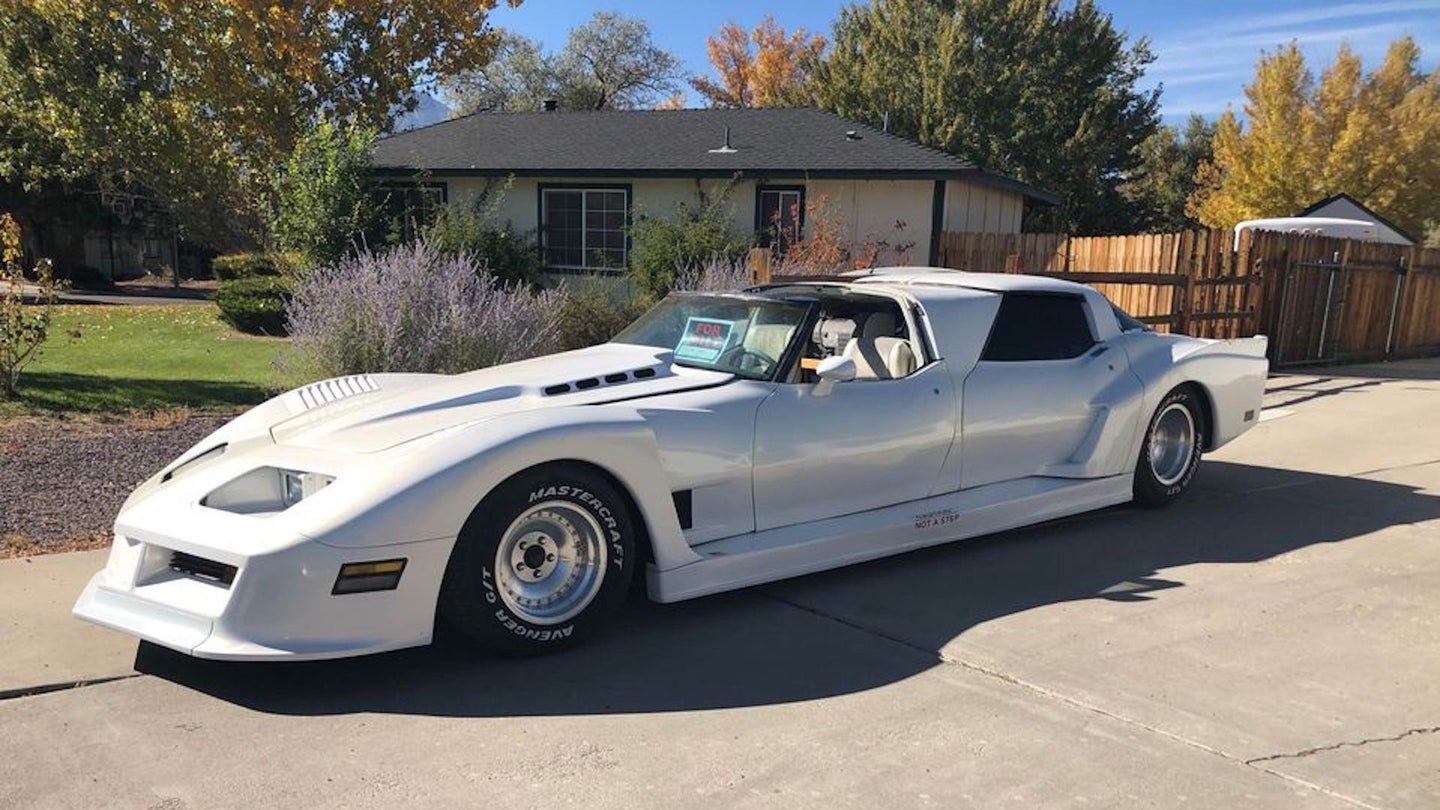 If there has always been one drawback of buying a Chevrolet Corvette over a Porsche 911, it's been the Chevy's lack of a back seat. Because of that, it's simply not a sports car you can share with more than one family member at a time. It's not a problem one has to take sitting down, though, because someone in Nevada is selling their custom-built, family-friendly Corvette, which has proportions not unlike the Batmobile, and most importantly of all, a back seat.

Listed for sale on Facebook Marketplace, this Corvette sedan was apparently constructed in 1990 from a pair of late-production C3s, likely Canada-market models going by the metric speedometer. Its builder appears to have mated the two cars at their cabins, switching out the rear's buckets for a split-bench seat, which looks to have space for three (though likely belts for only two). Being a custom job that seems to have seen its share of car shows, it features only the finest in-car entertainment imaginable at the time: an RCA CRT television that blocks the rear-view mirror.

Grubby upholstery, bubbling window tint, and a rear wing that at some point went missing disguise what's said to be a car otherwise in strong shape. Its seller claims its 350-cubic-inch V8 and unspecified automatic transmission (a three- or four-speed) have a mere 1,600 miles on them, and that the car runs and drives just fine. Rolling around on new tires, it's hypothetically ready to drive straight home.

And if you happen to have $12,900 sitting around, you can do just that. Its price doesn't appear to be out of line with those of low-mile C3s, never mind those of ready-made limousines, which often sell for considerably more, even after tens of thousands of miles. It'd make an ideal retro limo with that TV hooked to a loop of a '90s broadcast—I've got a VHS of the 1993 Macy's Thanksgiving Parade if there are any takers.

Got a quainter Corvette to share? Send me a note: james@thedrive.com

Bring the kids! And Grandma! And Grandpa. And the aunts. And the uncles. And…