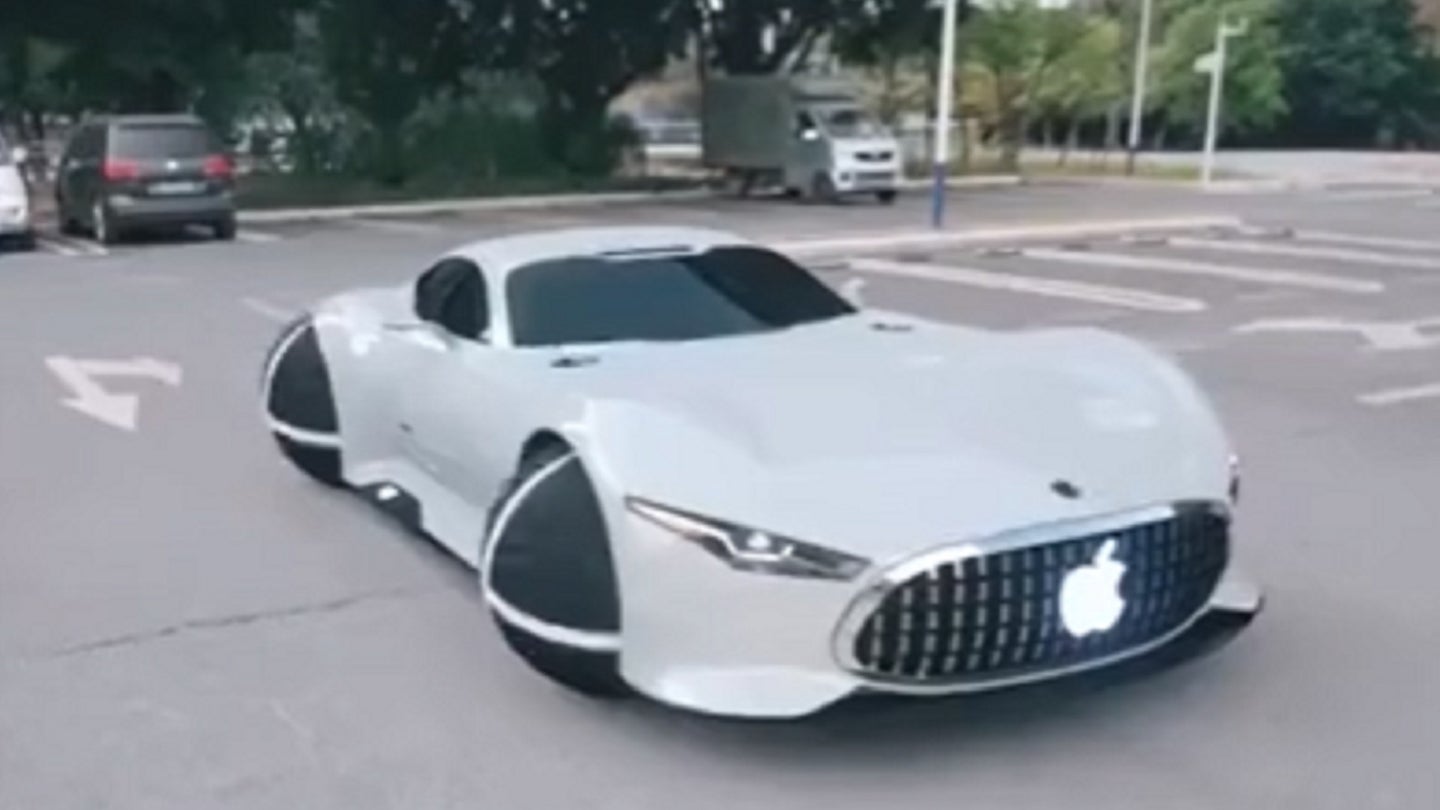 The Apple Car was back in the news this week–possibly back from the dead–which could explain why people jumped all over a video purporting to show the concept. Millions and millions of views later, there are a whole lot of people out there believing that a Christmas miracle brought it to life.

While trackball wheels are a longtime sci-fi daydream, this video is a CGI fake. Even worse, it’s actually a 3D model of a Mercedes concept car from 2013. Whoever created this video slapped an Apple logo on a Mercedes-Benz AMG Vision Gran Turismo. And trackball wheels like this are physically impossible (for now, at least). Cue sad trombone sound.

Even if the Apple Car is viable and the project is still in play, it’s so far from this kind of testing stage that it’s not even funny. As we reported a few days ago, Taiwan's Economic Daily News broke the news that a supply chain source claimed an Apple-branded electric vehicle would debut in 2021, followed by a worldwide release in 2022.

"The key supply chain in Taiwan confirmed that Apple expects to release the Apple Car in September next year, at least two years earlier than the original plan. Its prototype has been tested on the roads in California, USA. In response to the demand for Apple Car sourcing, Taiwanese manufacturers such as Taiwan and BizLink are busy," the site reads.

As Lee Corso says on ESPN's College GameDay during NCAA football season, MacRumors said “not so fast, my friend.” The aggressive release timeline, especially in the middle of a pandemic that has wreaked havoc on supply chains around the world, didn't sit well with them. And then there's MacRumors' assessment that "Economic Daily News has a mixed track record with Apple rumors."

Fake CGI videos aren’t uncommon (like this one about a vandalized Bugatti), and they’re getting more sophisticated all the time. If you take a hard look at one about the imaginary Apple Car, you’ll see the shadows don’t match up and it’s low resolution, which camouflages the CGI seams you might spot otherwise. But still, you can bet that right now, someone is searching “Apple car” and trying to figure out a way to get on the waiting list. They’ll stand outside of the Apple store all night if they have to.

They will be waiting for quite a while. Maybe forever.

Apple Might Be Trying Again With An ‘Apple Car.’ It Ended In Disaster Last Time

Project Titan rears its head again—but is it more about the car or the battery this time?

This $1,495 C8 Corvette Engine Cover With Fake Velocity Stacks Fools No One