Believe it or not, Musk started the year out in 35th place. 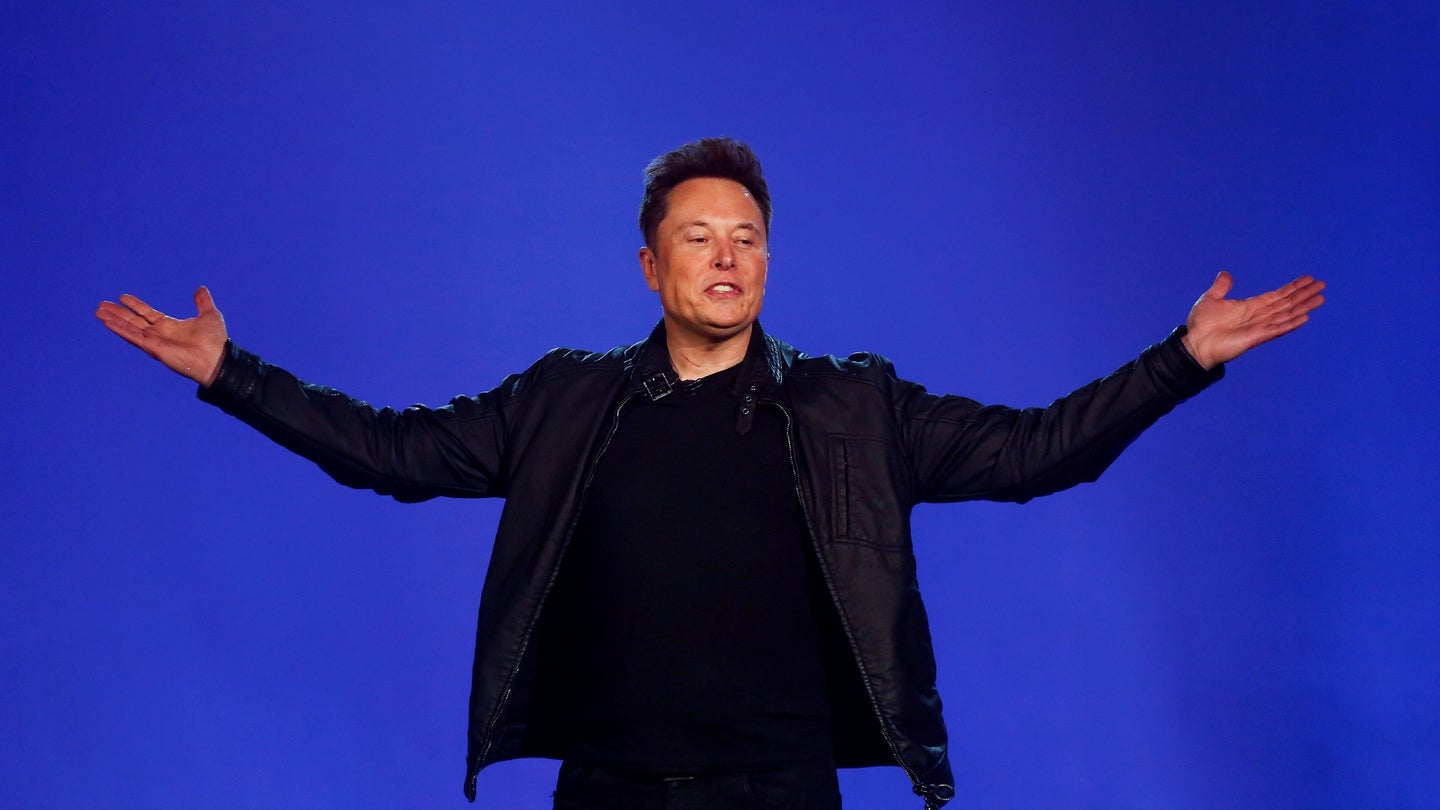 Tesla CEO and known meme lord Elon Musk is now officially the second-richest person on the planet. After the electric car company's latest bump in share price, the SpaceX-Boring Company-Neuralink founder is now worth $127.9 billion, according to Bloomberg, just overtaking Bill Gates and his $127.7 billion while still below the $182 billion controlled by Amazon's Jeff Bezos, who remains the world's number one richest dude.

The monetary gulf between Musk and Gates might look slim on paper but remember that $0.2 billion is still $200 million dollars—more money than the average American could ever hope to see let alone accumulate over many lifetimes.

Bloomberg's full Billionaires Index documenting the net worths of the richest 500 people in existence is updated daily and can be found here if you're curious about that sort of thing. But despite Musk's prominence in general discussions concerning wealthy, eccentric people, his place in the small circle of the absolute richest in the world is actually a relatively new development.

Despite what you might think, the vast majority of Musk's net worth, and indeed, the net worths of most of the people on the Billionaires Index isn't in stacks of cash and gold coins and bullions and Lambos stashed in a Scrooge McDuck-style vault. In Musk's case, most of it—three-quarters to be precise—consists of Tesla stock which ballooned to most of its current value just this year.

According to CNBC, Musk owns approximately 20 percent of Tesla, a company that was trading at $86 per share on Jan. 2 but commands $555 per share as of this writing. As a result, the billionaire's net worth increased by $100.3 billion in 2020, making him this year's "most improved" billionaire on the entire Bloomberg Billionaires Index. He started off the year in 35th place.