Which one would you take? Wrong. The answer is all of them. 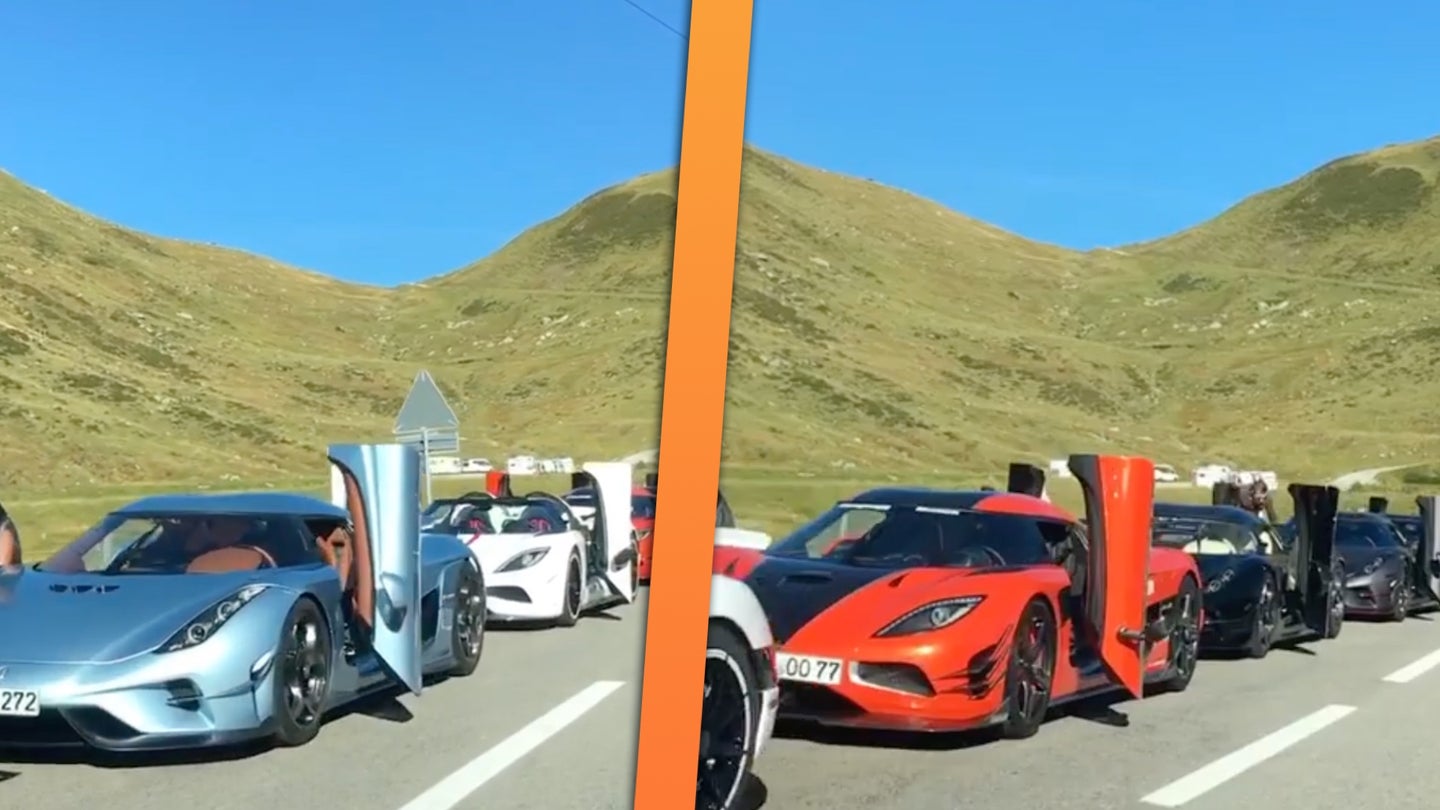 Photos and videos of supercar rallies are nothing new on Instagram, with each one of us having witnessed our fair share of one-percenters rolling around Las Vegas with the doors of their Lambos and McLarens up in the air. However, I came across a video of yet another rally showing supercars with their doors wide open, but this one was different. How so? It showed not one, not two, but 12 Koenigseggs parked on the side of the road.

Instagrammer dax.photography captured the incredible sight where we can basically identify multiples of the entire Koenigsegg lineup: Agera RS, Agera RS 1, a One:1, CCX, Regera, etc. Each one can be seen parked with its signature dihedral synchro-helix doors pointing up as to salute passing rubberneckers. It's almost surreal seeing a baker's dozen of some of the world's fastest production cars lined up together. Plus, if our napkin math serves us right, those eggs are worth anywhere from $25,000,000 to $30 million.

While it's the Swedish rides that steal the limelight in the footage, you can also see several desirable supercars behind them, such as a Bugatti Veyron, McLaren Senna, Lamborghini Aventador, Rolls-Royce Drophead Coupe, and others.

You might be wondering what's going on here? After all, this isn't the kind of gig that you find on a FaceBook event. After doing some research, we found out this gathering took place at the Oberalbpass in Andermatt, Switzerland.

From what we can gather, this is a Koenigsegg owner's tour. The last time we heard about an event like this was in 2017 when seven Koenigseggs took over Geneva during the Geneva Motor Show, so now it seems they've come back to the Alps and brought friends along with them.