Incorrect window stickers on some Buick, GMC, and Chevy crossovers will cost The General roughly $100 million. 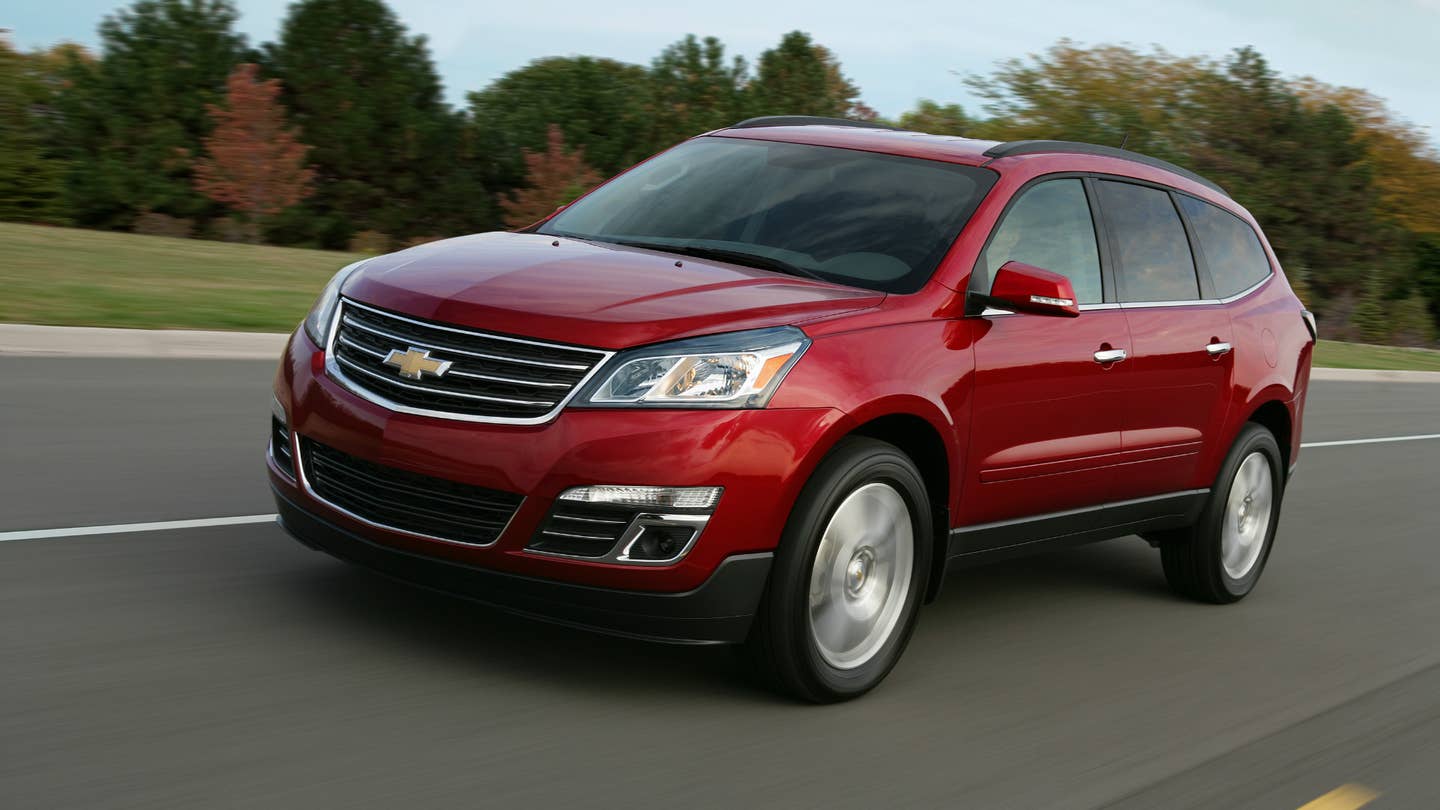 Last week, General Motors issued a temporary stop-sale on three of its 2016 model year SUVs. The GMC Acadia, Chevy Traverse, and Buick Enclave, GM said, had all been sent out to dealerships with bad window stickers. According to the company, there’d been a misprint: Fuel economy numbers for all-wheel drive models were overstated by 2 mpg. Front-wheel drive models, too, had papers with exaggerated mileage claims. Now, GM has has announced it will financially compensate approximately 135,000 buyers due to the error.

Owners of affected vehicles will have two options: a pre-paid debit card, or extended warranty. The former is worth $450 to $900, the latter is a four-year, 60,000-mile plan. (Lessees get the plastic.) GM calculated the reimbursement on a formula of 15,000 annual miles for five years, at $3 per gallon. The company is still working with commercial, rental, and government fleets, which have purchased roughly 40,000 affected models, to provide compensation.

The announcement comes just days after a buyer in Florida filed a class action lawsuit. According to GM, the overstated fuel economy numbers came on account of “inadvertent error,” whereby new emissions hardware data was omitted from fuel economy calculations. Sales of the Acadia, Traverse, and Enclave have now resumed. (With the correct window stickers.)