There are plenty of cars beyond repair out there. Why not make one into a giant sausage? 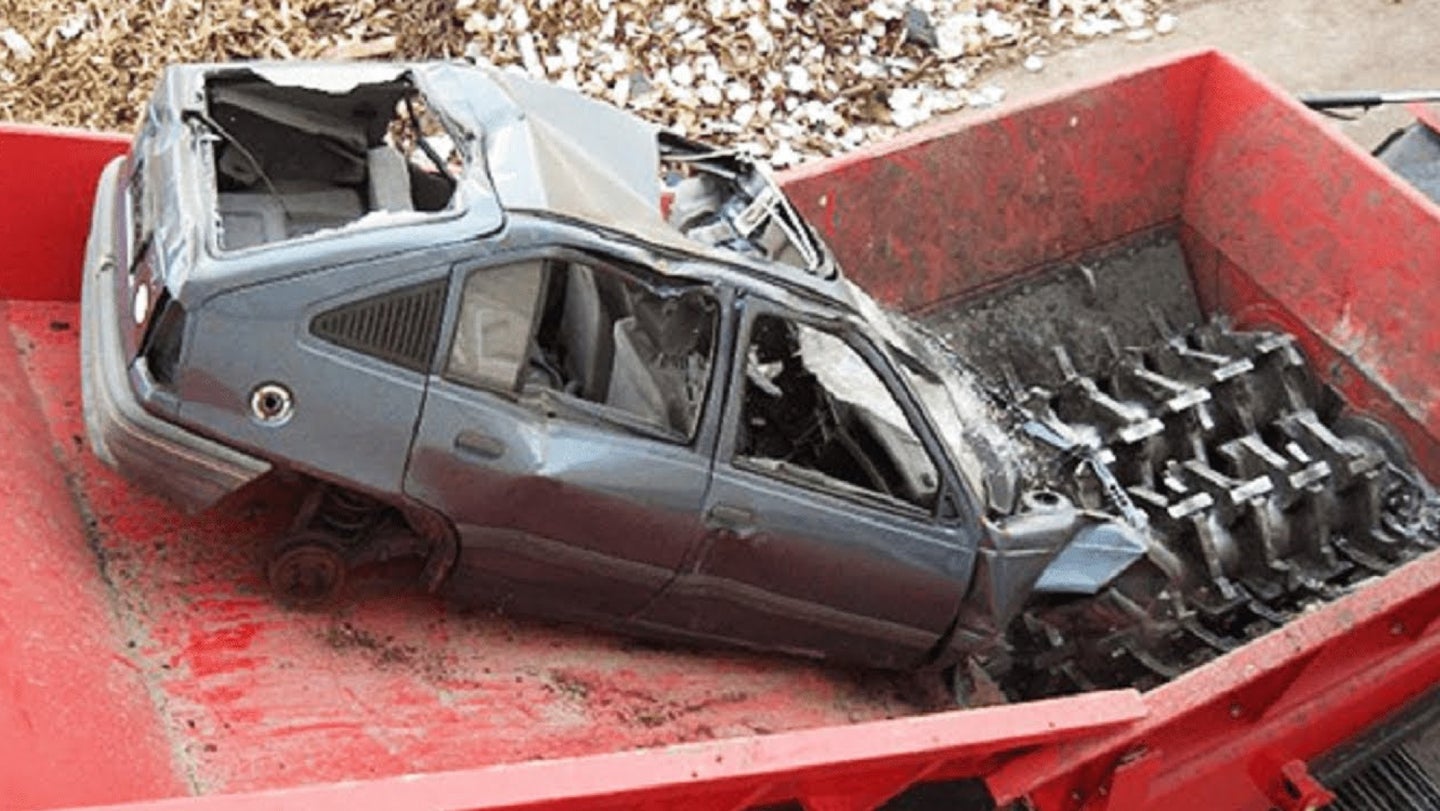 I have been watching too much YouTube during this pandemic, and one of the weirdest rabbit holes I've fallen into has nothing to do with cars and everything to do with sausage. That's why I think it's high time we made a car sausage.

The Ordinary Sausage channel makes extraordinary sausages from weird stuff, including a Bloomin' Onion, cake, MREs, clam chowder, candy and at some readers' requests, air. Yes. Air. He's even made a sausage made out of Vienna sausages, which is so meta that I just meta'd my meta.

The non-air foodstuffs are typically ground up, piped into a casing and then cooked in a pan.

We have the technology to do this with a car. Giant shredder machines are fascinating to watch, even if it makes you a little sad to see that the Golf being shredded has the taillights you need still attached as it's lifted into its ultimate demise.

That's why the ultimate car sausage has to be made out of a car that's completely obliterated beforehand. At first, I thought of the idea of making a giant car sausage out of something completely unlovable like a Buick Encore or something, but people still need those basic, non-enthusiast cars to get around, so I'd feel bad. Plus, there has to be one Buick Encore enthusiast out there who I'd love to give a (socially distanced) high five for being even weirder than I am.

What about a totaled car, you may ask? Again, I'd feel bad taking something that probably has a few usable parts for some weirdo trying to keep a 1974 Austin Allegro alive and kickin'.

Let's use a completely fire damaged car, then. It's already pre-ground up in some places! That makes the shredder's job downright easy. Look in any salvage lot and you'll find a few worthy sausage candidates, such as this ex-2020 Ford Raptor on Copart.

As you can see, there isn't much Raptor left here aside from a little bit of the back end. I don't think I'd trust that tow hitch or those wheels after they were exposed to this much heat, to be honest. It's perfect, and a downright bargain for a current model-year Raptor, too. Shred it up further, and we have the meat.

Then there's the question of what to use for a sausage casing, provided we're not making a car ćevapi or breakfast patty here. The inspiration for this art project that no one asked for uses a casing, so there needs to be one.

This depends on the size of sausage we're going for. A little guy could easily be contained with header wrap, but a larger sausage might need to use a bent metal plate of some kind. The aluminum belly pan from an early Porsche 944 comes to mind, or perhaps any lightweight fender could do.

After you have a fully cased sausage, you need to cook it somehow. My biggest beef with Ordinary Sausage is that he seems to cook his sausages for a bit too long, causing many of them to burst on the first try. The only other time I really audibly grouch at the laptop like this is for sports.

A giant frying pan is probably out of the question for our purposes, so clearly we need a flamethrower, or at the very least, one of those Boring Company Not-a-Flamethrowers. Find the nearest Elon Musk stan who you can still tolerate, avoid bringing up Bad Tweet Starboy the best you can, and kindly ask to borrow a Not-a-Flamethrower. Char your Car Sausage on the outside, and voilà! You have a car sausage.

Ordinary Sausage ranks each sausage after trying the finished product. I'd imagine that you'd take one lick of the inedible metal tube and rate it a 0/5 on the taste scale, but it'd look pretty cool. Isn't looking cool a large part of car culture anyway? Raptor sausage, here we come!