In all, the EV is projected to save taxpayers more than $20,000 over its lifespan. 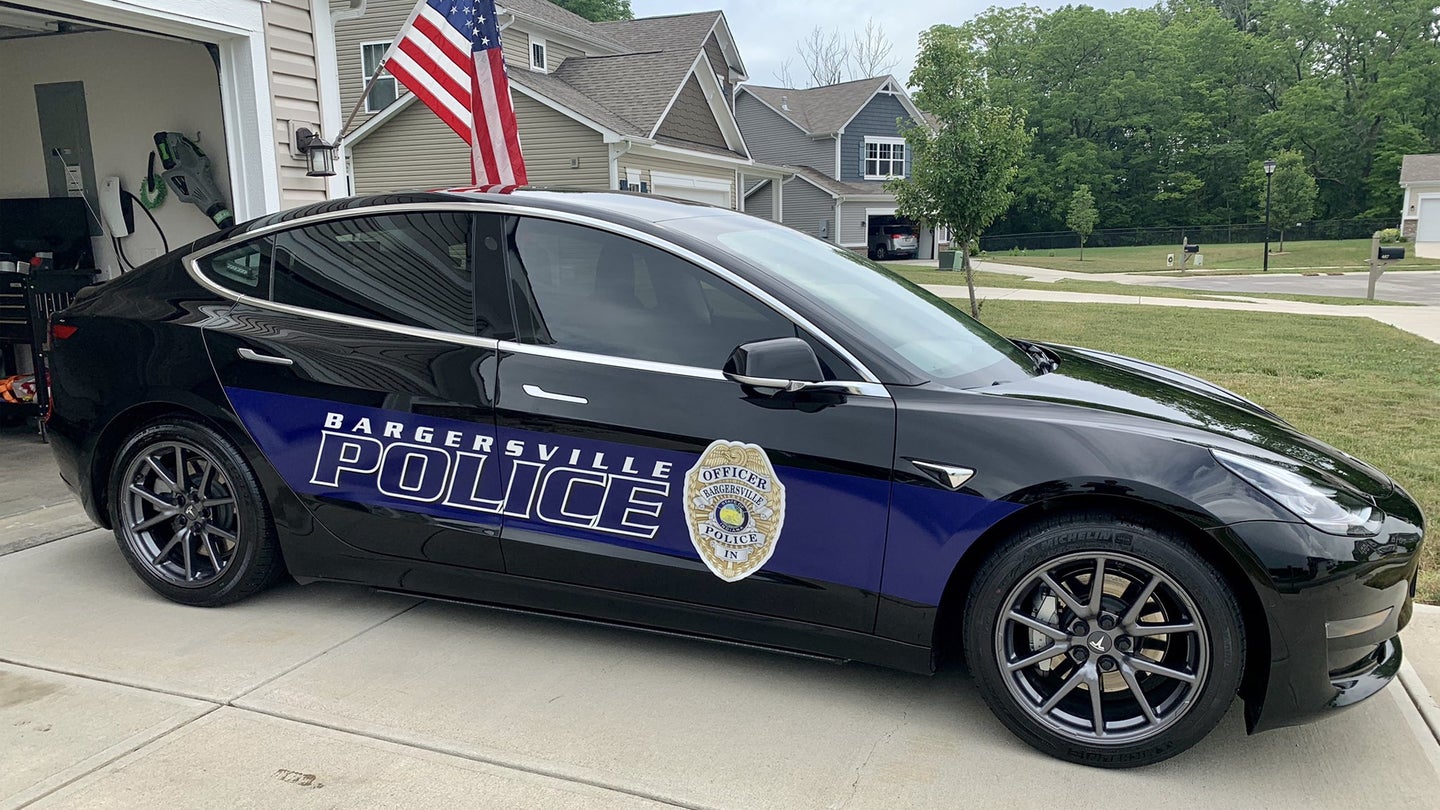 Unless you live in Indiana, you've probably never heard of Bargersville. The 18-square-mile town houses just over 8,000 residents and its police department employs only 12 full-time officers—there's no denying it's a small town. But despite its size, Bargersville has made its mark on the map thanks to an atypical decision made when buying its latest patrol car: a Tesla Model 3.

Police Chief Todd Bertram earmarked the department's most modern cruiser for service on Aug. 30, 2019. Despite being nearly 40 percent more expensive than the department's existing Dodge Chargers up front, the chief's math suggested that the $41,000 Model 3 Standard Range Plus would end up saving them a significant sum of money over its lifetime in both fuel and maintenance costs. Now, 10 months after being added to the fleet's rotation and with 19,000 miles on the odometer, Chief Bertram says the Tesla is not only on schedule to do exactly that, but is proving to be a faster return on investment than he even anticipated.

In an initial report put together by the department, it was suggested that the Model 3 would become cheaper to own compared to a Charger at its 24-month service mark. However, real-world data has proven to be even better, slashing the department's break-even to an estimated 19 months according to a recent tweet by Chief Bertram.

The department estimates that each of its Dodge Charger cruisers cost taxpayers an estimated $7,545 per year in fuel and oil changes. Meanwhile, the Model 3, which has a maximum range of 250 miles per charge, costs the department around $1,728 per year in electricity to operate—a savings of 77 percent annually.

By the way, this includes the cost to install Level 2 charging, a necessity considering that the nearest Tesla Supercharger is about 30 minutes away.

Of course, there are other factors in play. Lights, sirens, and air conditioning can slash the range by about 50 miles in the summer, and heating the car in the winter has sapped up to 80 miles, thus reducing efficiency. Maintenance costs were also not fully realized in the initial cost breakdown. Chief Bertram says that the Model 3 needed a new set of rear tires, for example, though this is only one wear item to account for.

The department will reportedly publicize more in-depth financial figures later this year, a move which they hope will help to convince other departments to make the switch to electric. Earlier this year, Bertram noted in an interview that if the department's entire fleet were replaced with Model 3s, the savings would mean that the police force could hire on two new full-time officers without cutting additional costs.