Why Austin Should Run Screaming From #AustinDontRush Day 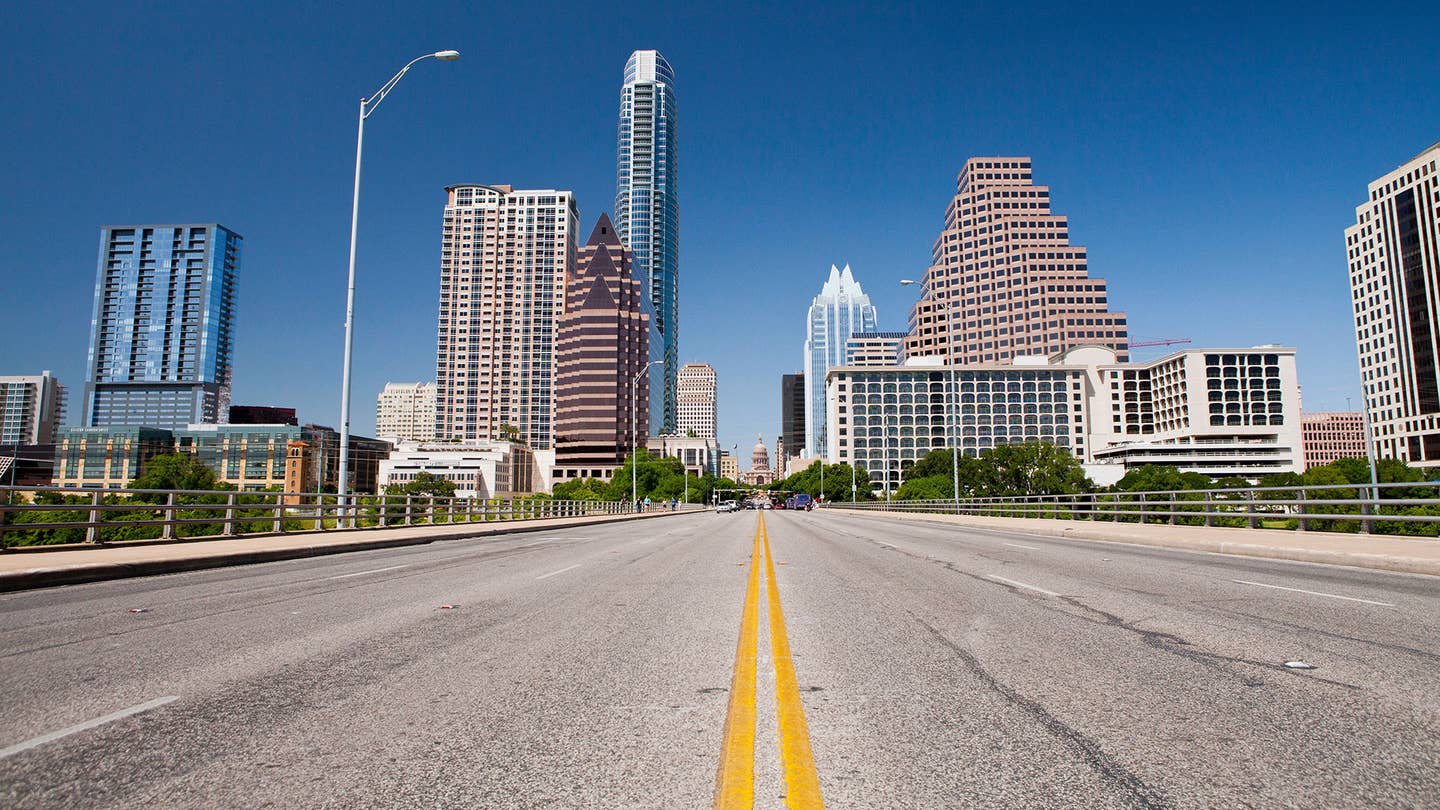 Last weekend, as I correctly predicted in this here column space, voters in Austin, Texas, resoundingly defeated an ordinance that would have forced Uber to do something it didn’t want. I’m still not sure what that thing was, and I don’t even really care. All I know is that come Monday morning, Uber and its wimpy rival, Lyft, were gone from the city, leaving us double-stuffed, like a seasonal Oreo, but a lot less tasty.

Immediately, my social-media feeds filled with woeful tales of out-of-work drivers, disappointed weekend drunks, and, in one case, a desperate plea from a deaf and blind Paralympic champion who used car-sharing to get to the pool every morning. As I sadly waded yet again into the sea of automotive danger that is Austin, I despaired for the future of this city, this state, this country, and this planet. We are all going to perish alone, I thought. In our cars.

Austin Mayor Steve Adler has tiptoed into the fray like a well-meaning uncle unsuccessfully trying to control a Passover seder that no one wants to attend. May 11, he declared, was #AustinDontRush day. “Give Your Car The Day Off,” went the graphic that I saw on Twitter. “We shouldn’t let the congestion move from our streets to our lungs.” The flier I saw said, “let’s see how many people we can get to carpool, bus, walk, bike, canoe, or whatever to work.”

Austin’s "Give Your Car The Day Off" is the transit version of popular-in-Texas "abstinence only" policy.

Unfortunate timing of this “initiative” aside, it’s a fine idea—in theory. In practice, it’s success is less likely here than decent Thai food. Austin boasts something like 2,750 bus lines, but it takes two hours to get anywhere. There is one train line that serves a sliver of the city, but it stops running at 7 PM and costs $3.50 each way. It is nice to walk here except in July and August, but the city finds itself so bereft of sidewalks that a city councilperson said this week that it would take “200 years” to complete the necessary projects. Two hundred years ago, there were no cars, and Texas was Mexico. I almost got run over three times when I walked the four blocks to the library last week. It is a dire situation. Every week, I read a litany of tragic stories of stranded roadside pedestrians or bicyclists splattered like deer.

So how did “Car Free Day” go in Austin? In my case, it was very successful. I didn’t leave the house, always a good option in this town. And my son walked to school. If anything, we were the Gold Medal Winners. My wife, however, ran out to do an errand that was supposed to take half an hour and it took her half an hour just to get to the highway exit. She came home angry, like everyone comes home after their daily battle on Austin’s roads, bemoaning the fact that everyone but her drives like an idiot. For a second and third opinion, I took to the webs to ask actual people what Car Free Day was like for them. Here’s what I got:

“Exactly the same as every other day!”

“I felt the same amount of frustration and barely controlled rage that I normally do.”

"My usual drive in from Pflugerville was the same as any other day. Don't think people took it seriously.”

“I-35 was a death-trap parking lot.” (Which, I later found out, was because of several cataclysmic crashes).

“Unaware of this important holiday, I drove my car to the office and got stuck in rush hour traffic with other people in cars.”

“It started off well. The train was on a 35 minute delay.”

“If anything, traffic was worse this morning.”

In other words, it was a fucking farce.

Other cities have had “Car Free Days.” Paris recently featured a car-free Champs Elysees, which French people swarmed to with such enthusiasm you’d have thought the city was giving away free cheese. No-car-days have also been de rigeur in China for several years, a relief to the humans there who are choking on exhaust. But there are differences between these efforts and Austin’s: A culture that supports them. In Paris, getting a little crotch rub while on a pleasant stroll along the Seine is basically a birthright. The French expect to be able to walk freely in public while also having adulterous sex. The Chinese only recently began to be able to afford cars, so they’re used to tooling around on their bikes. Also, it’s usually a good survival strategy to follow orders from the Chinese government.

Our wimpy city government, on the other hand, exists in eternal thrall to Big Car, as codependent and insecure as a millennial boyfriend. As a result, it bends to the needs of the autos, not their human slaves. This situation benefits no one except car dealers, insurance salesmen, and personal-injury lawyers, the three most poisonous types of snakes.

At best, Austin’s "Give Your Car The Day Off" is the transit version of popular-in-Texas "abstinence only," a fraidy-cat response from a government unwilling to address the issue at hand, basically the equivalent of saying "Be Nice To Animals” while lacking the commitment or resources to address the true problems. As yesterday dragged on, the #AustinDontRush began to move the needle from joke to semi-tragedy. Twitter accounts sprung up hourly to mock this Mayor and his pathetic solutions to Austin’s dreadful traffic situation. Then news broke that the city is considering deregulating its taxi companies, making everyone wonder who was really running its lame little war on Uber and Lyft.

When it comes to transportation, this city is a laughingstock and a ludicrous failure, a parody of itself. Pawnee, Indiana, had a more efficient city government. At least when we die in our cars we can hope that maybe they’ll have ride sharing in Austin’s afterworld. But, in this life, as the dear departed Prince once said, you’re on your own.

The Car-Sharing App Battle in Austin Is Ruining My Life

The Unenthusiast bemoans a collision of the two things he loves least: Austin and cars.

For The Love of Austin

Traveling with a one-year-old is hard. And beautiful.