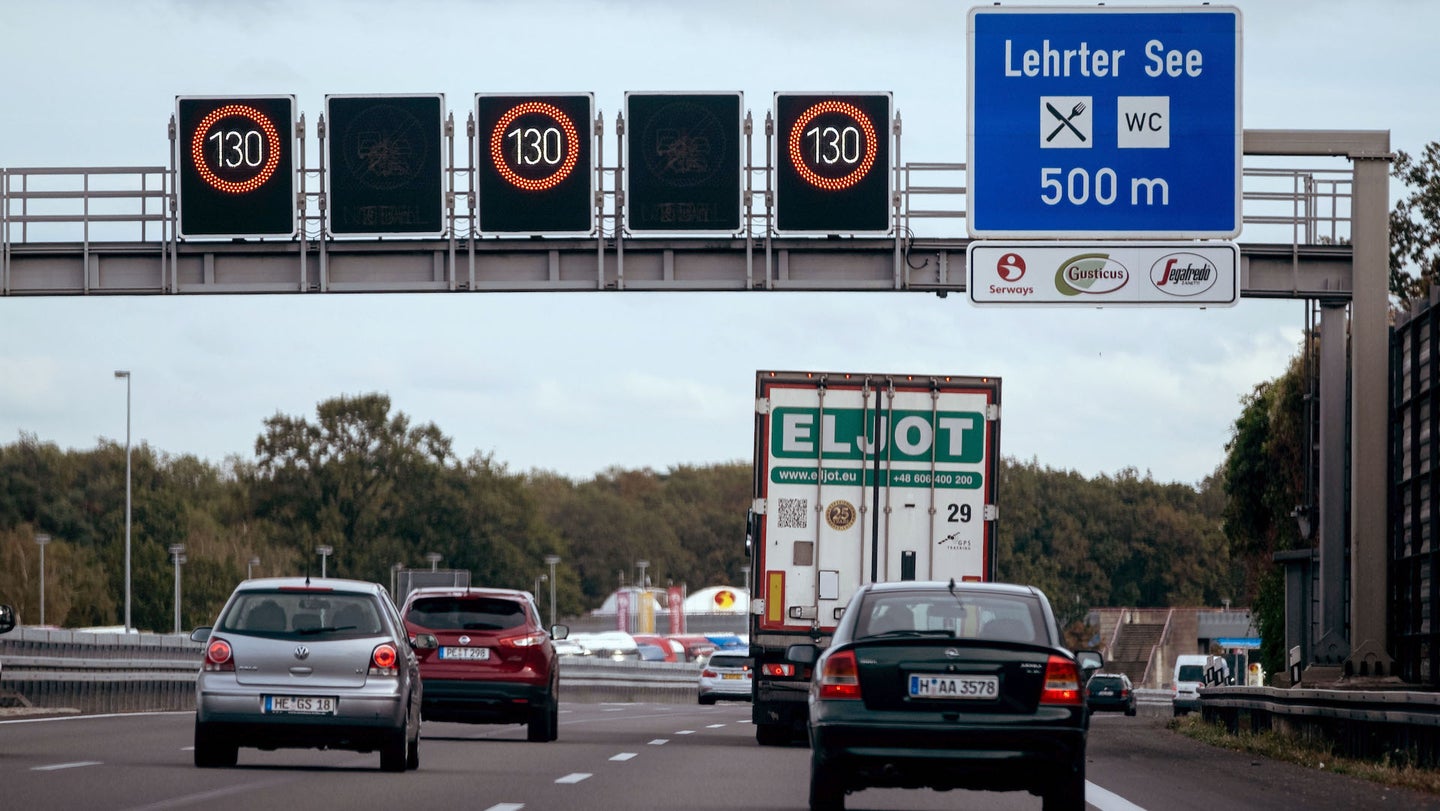 To a growing number of Germans, the Autobahn is no longer a point of national pride, but of national hubris. Germany's famous network of largely speed limit-less highways is under scrutiny for being potentially unsafe and, in an era of an escalating climate crisis, environmentally irresponsible. These concerns put the de-limited Autobahn in the line of fire last year and in 2020, Germany's speed limit-free stretches of highway lost an important ally in their fight for continued existence.

According to Germany's The Local, the Allgemeiner Deutscher Automobil-Club (ADAC, or General German Automobile Club), has reduced its opposition to the idea of limiting the country's highways. Its Vice President for Traffic Gerhard Hillebrand told the publication that despite a history of opposing speed limits on the Autobahn, the group is "no longer fundamentally" against the notion.

"The discussion about the introduction of a general speed limit on motorways is being conducted emotionally and is polarizing among members. That's why the ADAC is currently not committing itself to a stance," said Hillebrand, who suggested that the effect of a countrywide Autobahn speed limit be subjected to study. "This [study] would provide a solid basis for a decision [on a stance]."

Loss of an advocate for its continued existence doesn't necessarily mean the unlimited Autobahn is under immediate threat, however. Despite increasing support for speed limits among Germany's general populace, faith in the unlimited road network hasn't faltered within the country's government. Transport Minister Andreas Scheuer has described the idea of limiting the entire Autobahn to 130 kph (81 mph) as one that "defies all common sense." Germany's parliamentary body, the Bundestag, seemingly agrees with Scheuer; 79 percent of its members voted to uphold the highway network's unlimited status last October.

The Autobahn may be safe in its current hands, but one election cycle is all it takes for a country to undergo fundamental change. Let's hope this iconic, Teutonic institution isn't one that needs to go by the wayside in the future.