The proposed four-year contract would prevent a nasty strike similar to General Motors’ six-week bout with the UAW. 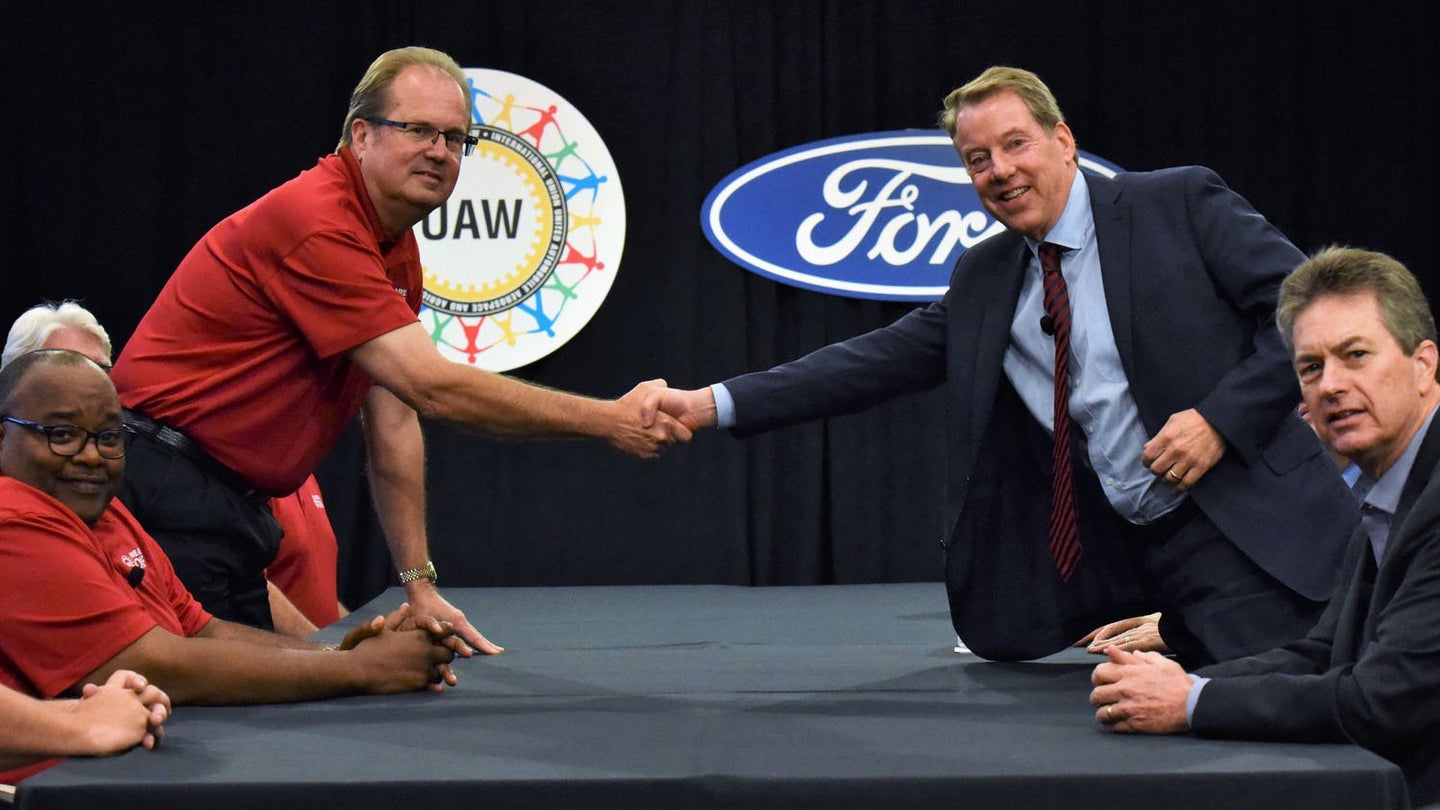 Ford Motor Company and the United Automobile Workers union have reached a tentative labor agreement just days after the UAW signed a new contract with GM that ended a six-week strike. The Dearborn-based automaker and National UAW-Ford Council division confirmed the four-year contract proposal, which would cover 55,000 hourly autoworkers in the U.S., but didn't provide details.

“Ford can confirm the UAW’s announcement that the UAW and Ford have reached a proposed tentative agreement on a four-year contract,” Ford Vice President of Labor Affairs Bill Dirksen said in an official statement. “Further details will be provided at a later date.”

The UAW issued its own statement, indicating a $6 billion investment in Ford's U.S. facilities, while securing more than 8,500 jobs throughout the country. If ratified, the deal negotiated over three days will steer the two parties from the sort of strike that affected GM this past month. Fiat Chrysler Automobiles is the last of Detroit's "Big Three" yet to complete contract negotiations with the UAW.

“Our national negotiators elected by their local unions have voted to recommend to the UAW-Ford National Council the proposed tentative agreement,” said Rory Gamble, the vice president and director of the UAW's Ford division, in a release. “Our negotiating team worked diligently during the General Motors strike to maintain productive negotiations with Ford.”

Additionally, CNBC reports the new contract will mimic some of the terms in the UAW's agreement with GM. Those include maintaining coverage for employees' out-of-pocket healthcare costs, securing around three percent in raises, adding four percent lump-sum bonus increases for each year of the contract, and providing a path for temporary workers to be offered full-time positions.

In a process that could take a couple of weeks, the union’s local leaders will vote to submit the contract to UAW members, who will then vote to ratify the contract.