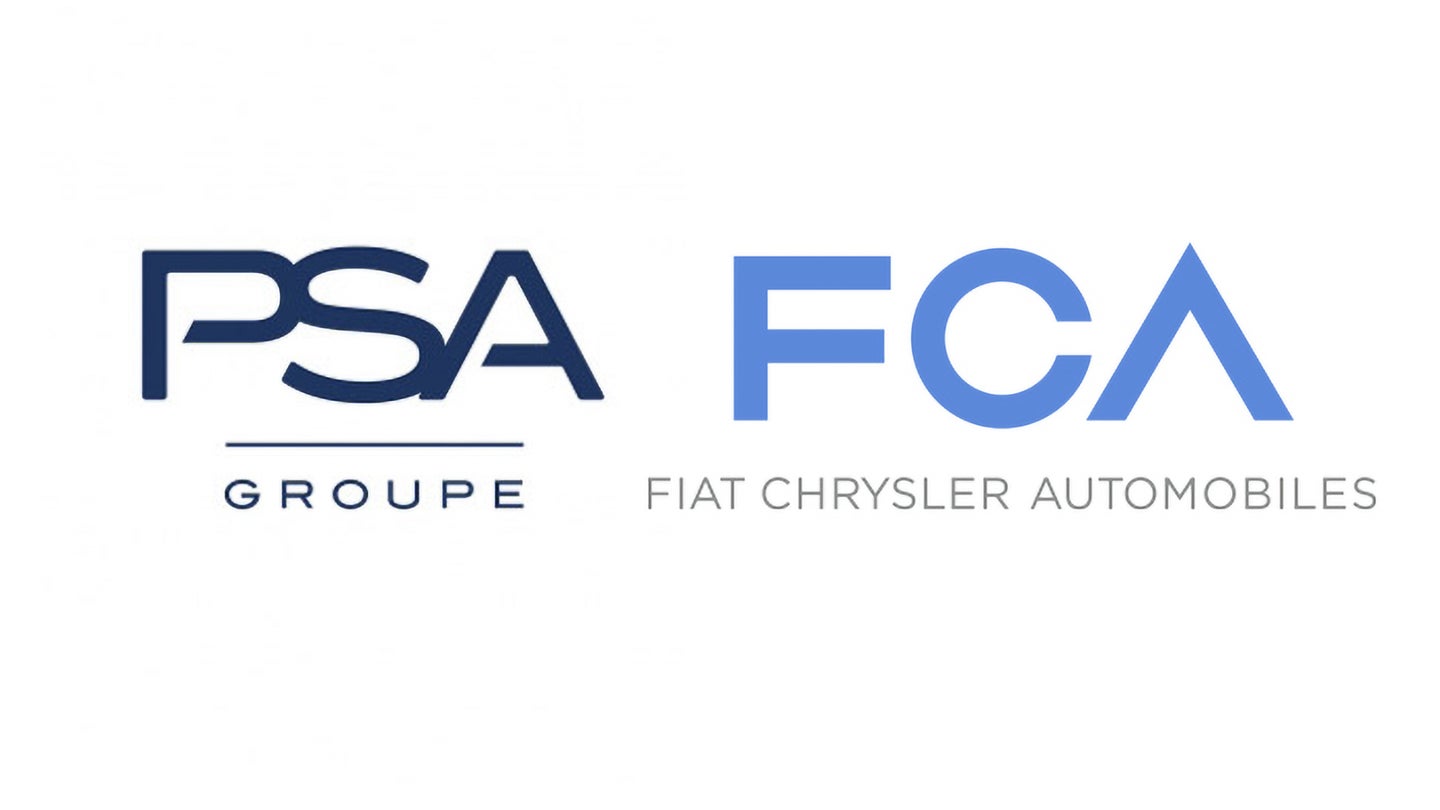 Fiat Chrysler Automobiles’ hunt for a new corporate partner has apparently come to an end. The Auburn Hills-based automaker and Peugeot's parent company, Groupe PSA, have announced plans to merge. The combined company would be the fourth largest automaker group in the world in terms of overall sales.

According to reports, the two companies began entertaining the idea of joining forces earlier this week, before publicly acknowledging the talks yesterday. Earlier today, the companies announced plans for a 50-50 joint shareholder-owned merger.

According to press releases from both companies, the group's assets and holdings would be divided equally, resulting in annual cost savings of approximately $4.13 billion, without plant closures. The collaboration is said to combine resources at both firms to aid each other in broadening their market reach.

The partnership would also unify research and development efforts while strengthening the presence of both automakers in all market segments, including luxury, premium, and mainstream passenger cars, as well as in  crossovers, SUVs, light-duty trucks, and commercial vehicles. The ownership of automotive technology firms Faurecia of Groupe PSA and Comau of FCA would also be divided.

“This convergence brings significant value to all the stakeholders and opens a bright future for the combined entity," said Carlos Tavares, CEO of Groupe PSA, in an official statement. "I’m pleased with the work already done with [FCA CEO] Mike [Manley] and will be very happy to work with him to build a great company together.”

"I'm delighted by the opportunity to work with Carlos and his team on this potentially industry-changing combination," said Mike Manley, CEO of FCA, in a release. "We have a long history of successful cooperation with Groupe PSA and I am convinced that together with our great people we can create a world-class global mobility company."

For the past several years, beginning under the administration of former CEO, the late Sergio Marchionne, it's been reported that Fiat Chrysler Automobiles has been searching for a new partner. Marchionne's goal for a merger was to expand FCA’s global reach by broadening its product portfolio, increasing its technical capabilities, and reducing debt.

The merger could bolster PSA Groupe in efforts to return to the U.S. market, while Peugeot, Citroen, and Opel could help bootstrap Chrysler's presence in Europe and Eurasia, while supporting its continued growth in South America. Peugeot’s recent strides in electrification could also help FCA expand its efforts as well.

Both companies are expected to finalize the deal over the next few weeks. The proposed integration would reportedly occur without interrupting operations at either firm.