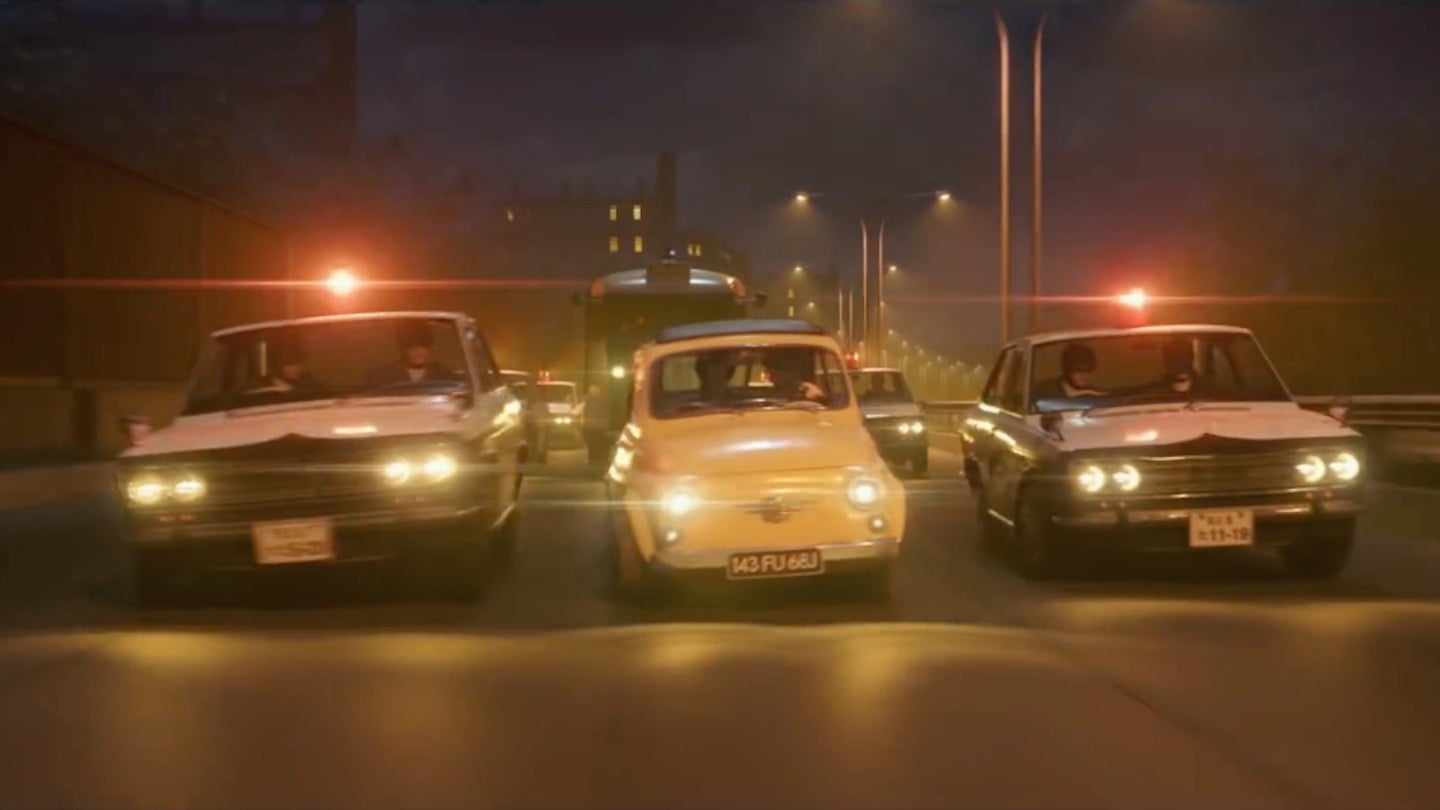 Does a car chase between a convoy of JDM Nissan Cedric police cruisers and a physics-bending yellow Fiat 500 sound appealing to you? If so, what a time to be alive, because an upcoming Lupin III film will have exactly that.

The long-running Lupin III franchise will make a foray into full 3-D animation in Lupin III: The First, a trailer for which dropped earlier this month. In it, Lupin's iconic Fiat gets its share of screen time, which it uses to full effect, showing it has lost none of its trademark ability to defy Newton's laws. In the trailer's first four seconds, the Fiat weaves and barges its way through several police cars, identified as Japan-only Nissan Cedrics by Japanese Nostalgic Car. Later on, around 1:04, we get another couple seconds from that same scene, wherein Lupin's accomplice Daisuke Jigen executes a moving 180-degree turnaround to drive the car backward.

Sadly, it seems the plucky Fiat won't survive Lupin III: The First, as a brief few frames at 1:09 show a plane strafing the car before it explodes. While we could shed a tear for the car, there'll be too much else going on in the film's over-the-top action scenes—a Lupin III specialty—to dwell on the matter.

Unfortunately, we can't guarantee this movie will make its way to your local AMC, as we've found nothing suggesting an English-language theatrical release will follow the film's Friday, December 6 launch in Japan. While it seems the characters' mouth movements may have been tailored to an English voiceover, as they don't quite sync with the Japanese dub, that's hardly more than circumstantial evidence for the existence of an English version, which could go straight to streaming services instead for all we know.

Should there be no dub in the works, an English-subtitled version will surface online at some point. Even without that, you don't have to know Japanese to tell a good J-turn from a bad one.

The tool will now display a smiling baby icon for every passenger under two years of age.