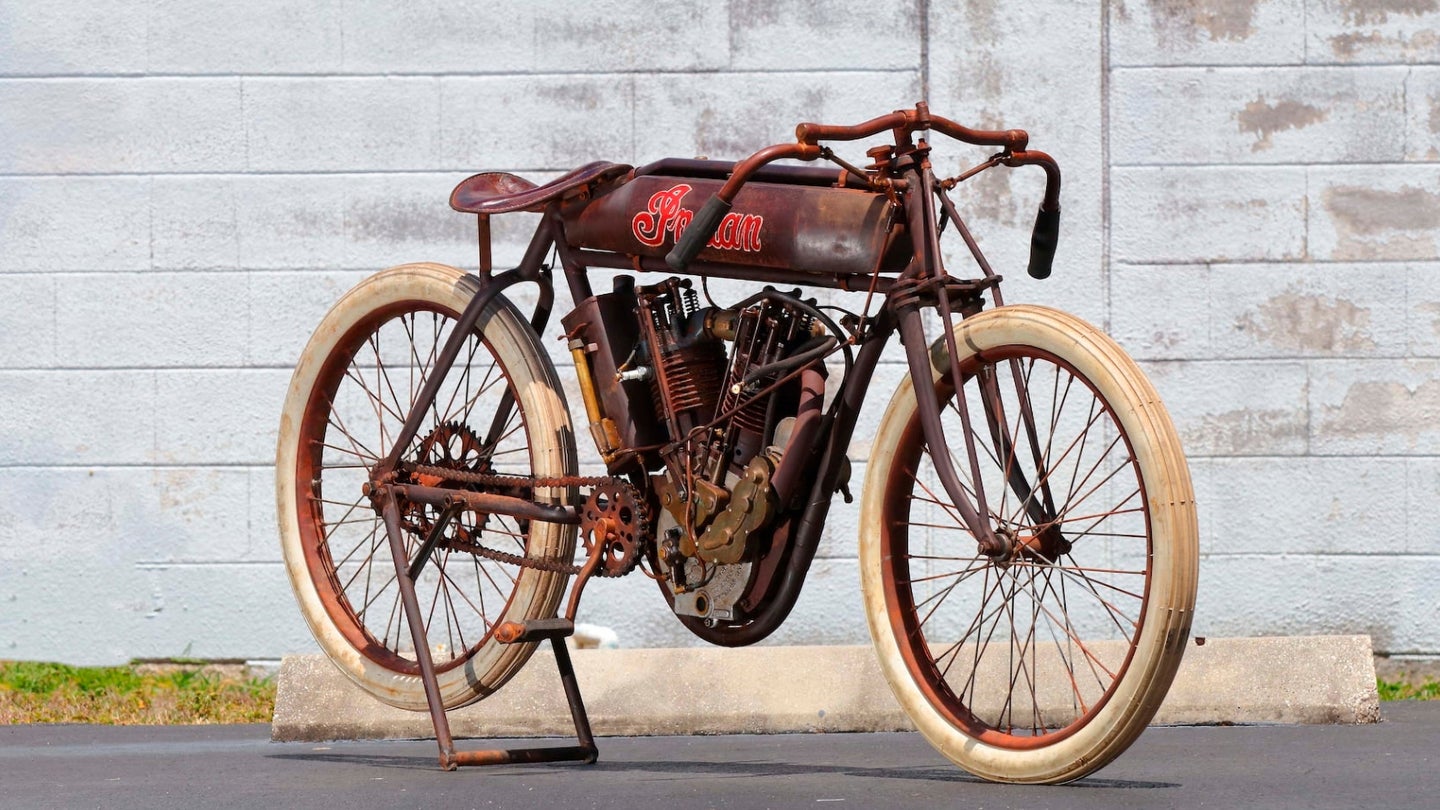 If you’re a fan of motorized two-wheelers, then Indian should be no stranger to you. Better yet, you’ll be quite intrigued by one of Mecum Auctions’ latest listings: a barn-find 1914 Indian Board Track Racer formerly owned by renowned South American racer, Lucchese. It’s one of the company’s first-ever racing bikes and is also one of the first factory-built “superbikes” in motorcycle history.

The pre-war bike was wildly innovative in its time, helping pioneer the V-twin engine layout as well as the use of four overhead valves per cylinder. Additionally, it was among the first to use a clutch-gear-chain drive, which almost every modern motorcycle now features.

Oscar Hedstrom, Charles Gustafson Sr., and Charles B. Franklin developed the eight-valve engine as a solution to the inferior design of Indian’s previous attempt at a performance power plant. The improved valvetrain helped the engine breathe better overall and thus mitigated the overheating problems that plagued the motor it replaced by allowing better gas flow through the intake and exhaust cycles. As a result, not only did power output improve, but it enabled the Board Track Racer to achieve speeds of over 120 miles per hour, a hugely impressive feat in the 1910s.

The example shown here served as Lucchese’s choice machine for motorsports. But the bike was unable to perform as no suitable class existed where the Board Track Racer’s speed and power could qualify. As a result, Lucchese used the bike for exhibition purposes before it was garaged in the 1930s following the Great Depression. It was then rediscovered and mechanically restored some considerable time later before sitting in a barn somewhere in Uruguay.

The seller claims that the motorcycle is mostly original with at least 70 percent of it being the same as it was back in 1914.

But that doesn’t mean it’s a free upgrade.

Some Indian Motorcycle production for foreign markets could move to Poland in response to E.U. retaliatory tariffs.