The process reclaims energy produced through driving that would otherwise be lost—and could be used for various applications. 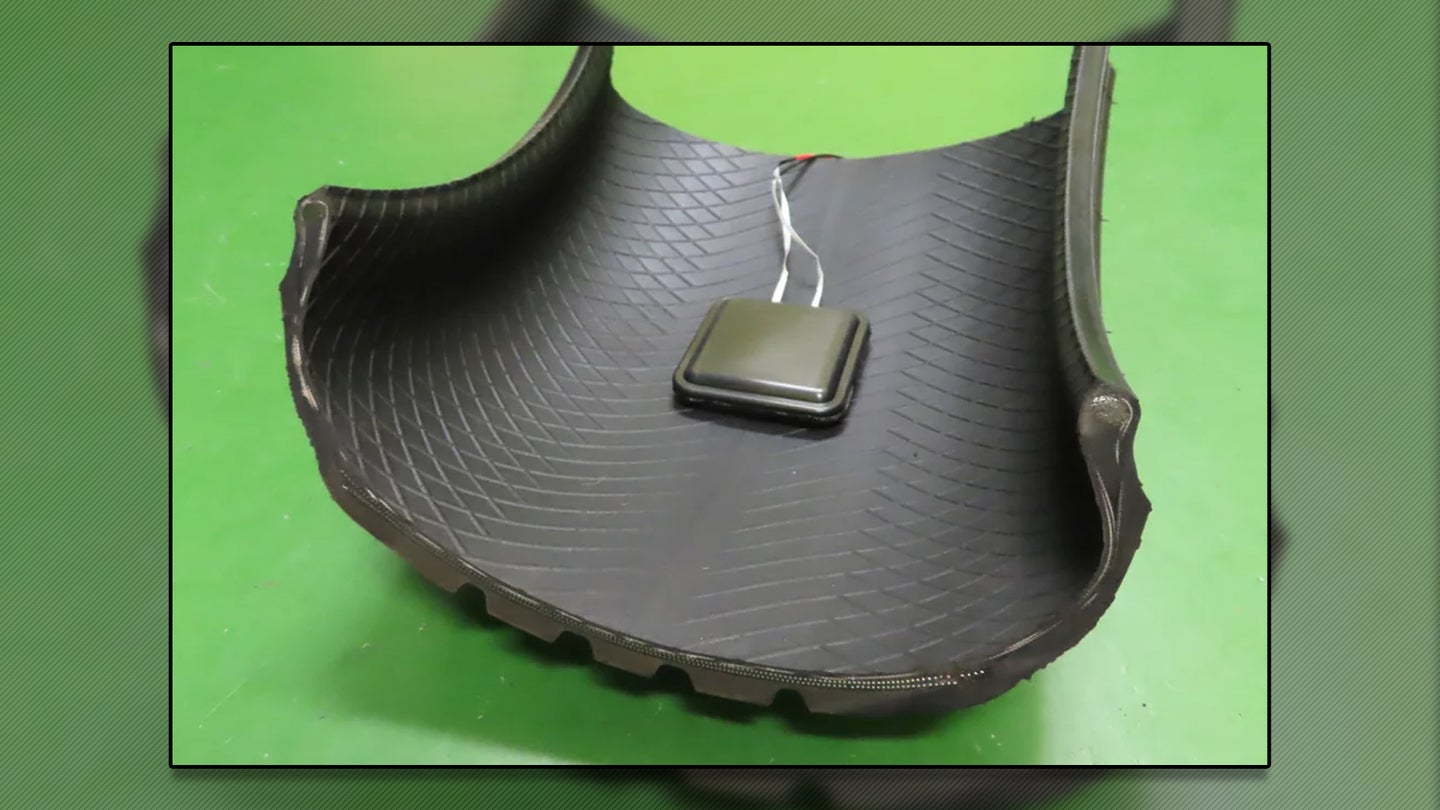 Tire manufacturer Sumitomo recently discovered a creative way to extract energy from a car: tires. Most specifically, how to use a tire's movement so that small amounts of electricity can be gathered and stored as it rolls down the road.

According to the tire manufacturer, the energy is sapped through a power generating device called an "energy harvester" which is mounted to the interior floor of a tire. As the vehicle moves and the tire flexes, static electricity is generated with each temporary deformity in the rubber, resulting in the harvester generating a small current of electricity through a process which Sumitomo calls "frictional charging."

Although the amount of energy gathered isn't enough to recharge an electric car's battery or power a vehicle's headlights, Sumitomo says that the amount of electricity is useful to power nearby electronics, such as tire pressure monitoring system sensors.

The breakthrough was part of a joint research project in part with Hiroshi Tani, a professor in the Mechanical Engineering Department of Kansai University in Osaka, Japan. With support from the Japanese Science and Technology Agency, Sumitomo will continue the research of its "smart tyre concept" in hopes of advancing its findings.

When it comes to the use of energy, there's no better example than the automotive world. A traditional internal combustion engine converts the potential energy of gasoline into thermal energy when exposed to oxygen and spark, then is transformed yet again into mechanical energy to provide power to the wheels. It's no secret that new forms of energy and energy harvesting techniques will surface in the decades to come—and these new tires are just one neat example.

These top ATV tires work great in mud, snow, sand and other types of terrain

What happens when you don’t pay your high-interest lender for the week.

Aerial refueling could eventually make its way to EVs, thanks to everyone’s favorite Internet mega-store.