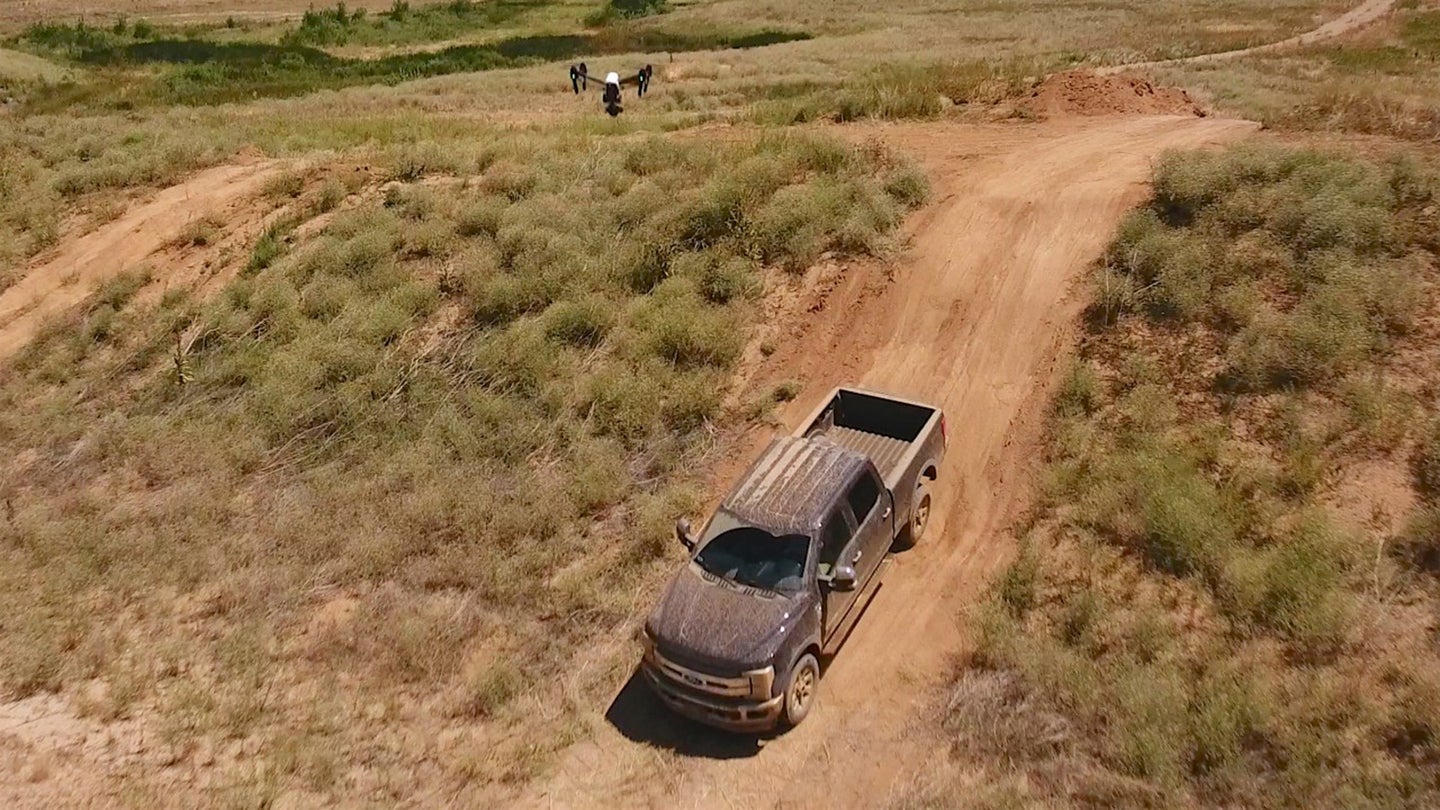 Ram likes to brag that its Power Wagon heavy duty truck is the most capable off-road pickup on sale. The automaker just debuted the new 2019 version at this year's Detroit Auto Show. Until now, no other manufacturer has offered a competitor to the truck, but it looks like Ford might have something in the works.

The folks at AutoGuide scoured through some audio of Ford's Jim Farley talking at the Global Auto Industry Conference and came across an important nugget of information. “Everyone loves the Raptor. With the new Super Duty, we got another new version that no one’s ever seen; not a Raptor, but something different,” Farley said.

What could that "something different" be? It could very well be a Power Wagon competitor, though that's not officially confirmed. With the 2018 Power Wagon starting at $52,845 before delivery, there's surely money in making one.

The Drive reached out to Ford for clarification of Farley's remarks, but the manufacturer didn't offer any comment.

Ram announced recently that it’s also going to go after Ford's Raptor with the off-road focused, supercharged TRX. Turnabout is fair play, which makes the idea of Ford trying to sneak in on Power Wagon turf logical to us. If it believes the market is big enough, we can certainly see Ford getting in on the game.

Recently, Ford confirmed that we are going to see a refreshed 2020 Super Duty at some point this year, and we wouldn't be surprised if we saw it sooner than later, since it wasn't at Detroit and waiting for a show like State Fair of Texas just seems too far away. Ford has the off-road chops, as evidenced by Raptor and the upcoming Bronco, to build a solid competitor in this space.

While this is surely speculation at this point, it's unlikely that Farley was referring to a heavy duty sports truck. We'll know soon enough, most likely. Question is, would you buy a Ford Super Duty off-road brute?

This limited edition truck packs capability and looks for any off-road work or play.