A probe has been launched into whether the 'Big Three' German car companies agreed to slow down on developing emissions tech. 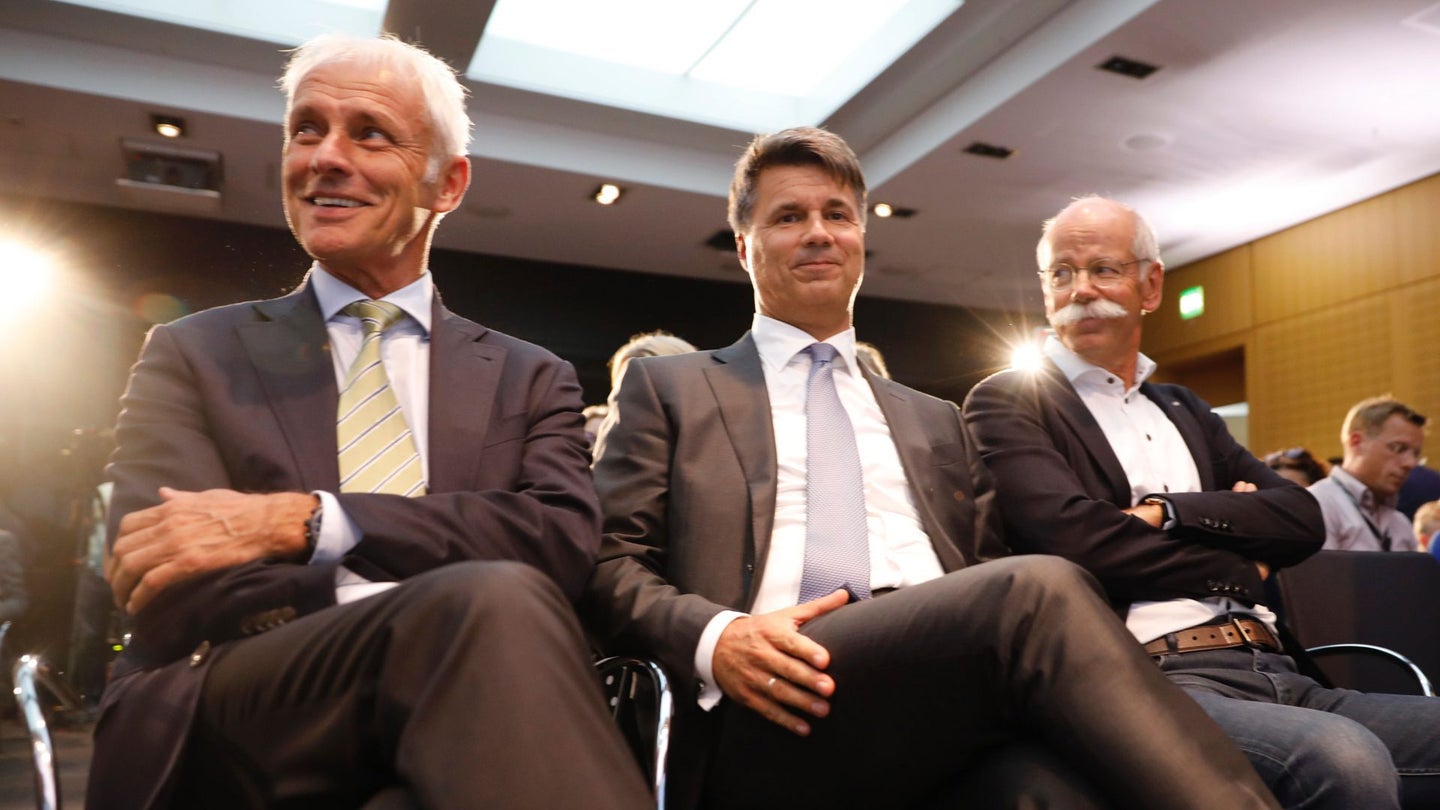 The "Big Three" German automakers—Volkswagen, BMW, and Daimler—continue to find themselves in hot water over allegations of misconduct in regards to emissions.

Per a report by Autocar, the European Commission has kicked off an "in-depth investigation" into whether or not the brands colluded to pump the brakes on developing technology that would cut down on emissions, eliminating the element of organic competition.

According to commissioner Margrethe Vestager, "The Commission is investigating whether BMW, Daimler, and VW agreed not to compete against each other on the development and roll-out of important systems to reduce harmful emissions from petrol and diesel passenger cars. These technologies aim at making passenger cars less damaging to the environment. If proven, this collusion may have denied consumers the opportunity to buy less polluting cars, despite the technology being available to the manufacturers."

In addition to denying consumers and the environment more eco-friendly vehicles, the alleged collusion would also break European Union antitrust rules, specifically Article 101 of the Treaty of Functioning of the European Union which "prohibits business practices that limit control of technical development," according to Autocar.

This particular investigation will try to figure out whether the "circle of five"—a German car supergroup of sorts consisting of BMW, Daimler, Volkswagen, as well as VW subsidiaries Audi and Porsche—held meetings in which they agreed to cut back on the development of selective catalytic reduction systems and "Otto" particulate filters for cars sold in Europe.

As of Tuesday, however, the Commission has not found any evidence that the German automakers named in the investigation were in cahoots, saying in a statement: "At this stage, the Commission does not have sufficient indications that these discussions between the 'circle of five' constituted anti-competitive conduct that would merit further investigation. EU antitrust rules leave room for technical cooperation aimed at improving product quality."

The Drive has reached out to all three companies for comment and will update if we hear back.