The big plans are supposed to surface at this week's investor meeting in Maranello. 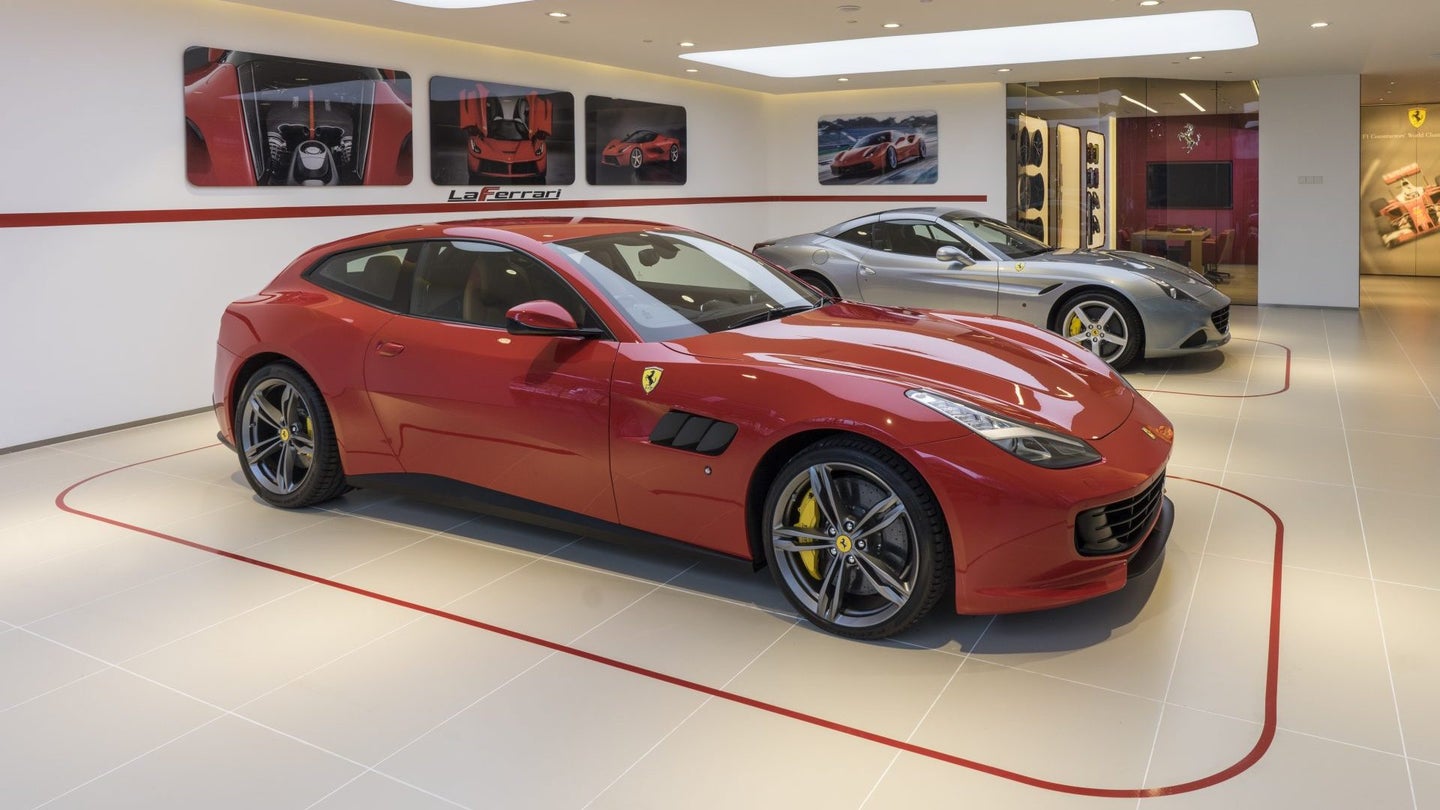 Ferrari reportedly plans to unveil a new vehicle Tuesday, which some expect to be a hybrid crossover. Ferrari has reportedly confirmed a new vehicle will be shown off to its investors at the investor meeting in Maranello, Italy though there has not yet been any word as to whether the reveal will be public.

Company CEO Louis Camilleri will meet Tuesday with investors concerned about the company's future, says Reuters, where he will reportedly address anxieties about whether the automaker can meet promised annual earnings of 2 billion euros ($2.3 billion) by 2022.

"Investors want to hear whether Ferrari [sic] confirm the two-billion Euro figure, which was already seen as ambitious and now somewhat put in question by the new CEO," explained Emanuele Vizzini, general manager of Italian investment fund Investitori Sgr, to Reuters. "And how they plan to expand the portfolio, including an SUV."

Some expect the new vehicle to be part of a new range meant to have appeal beyond high-performance vehicles, possibly a crossover akin to the Lamborghini Urus—Ferrari CEO Sergio Marchionne effectively confirmed Ferrari would sell such a vehicle prior to his death in July. Despite concerns of what a mass-market vehicle such as a crossover could do to the Ferrari brand, not all of its investors are bothered.

"I don't see a dilution risk from an SUV. Look at Lamborghini's Urus, Bentley's Bentayga—they are selling well, the market is in love with SUVs and luxury right now," a major Ferrari investor reportedly told Reuters.

Information on the Ferrari crossover allegedly began to leak in volume in 2017, with one report describing the vehicle, codenamed "F16X," as a GTC4 Lusso-based product, utilizing its all-wheel-drive system, and either a turbocharged V8 (like that used in the 488 GTB) or a hybrid system. It will reportedly have suicide rear doors hidden by a lack of a B-pillar, and was promised by Marchionne to be the fastest vehicle in its segment.

People have trouble keeping a secret, so even if Ferrari's unveiling of the new vehicle isn't a public event, photos or specifications may trickle out from Tifosi eager to share their enthusiasm (or distaste) with the new vehicle with the world.