Stay Safe While Working Under Your Car

Here are some tips for preventing a catastrophic incident like what happened in Philadelphia Wednesday night. 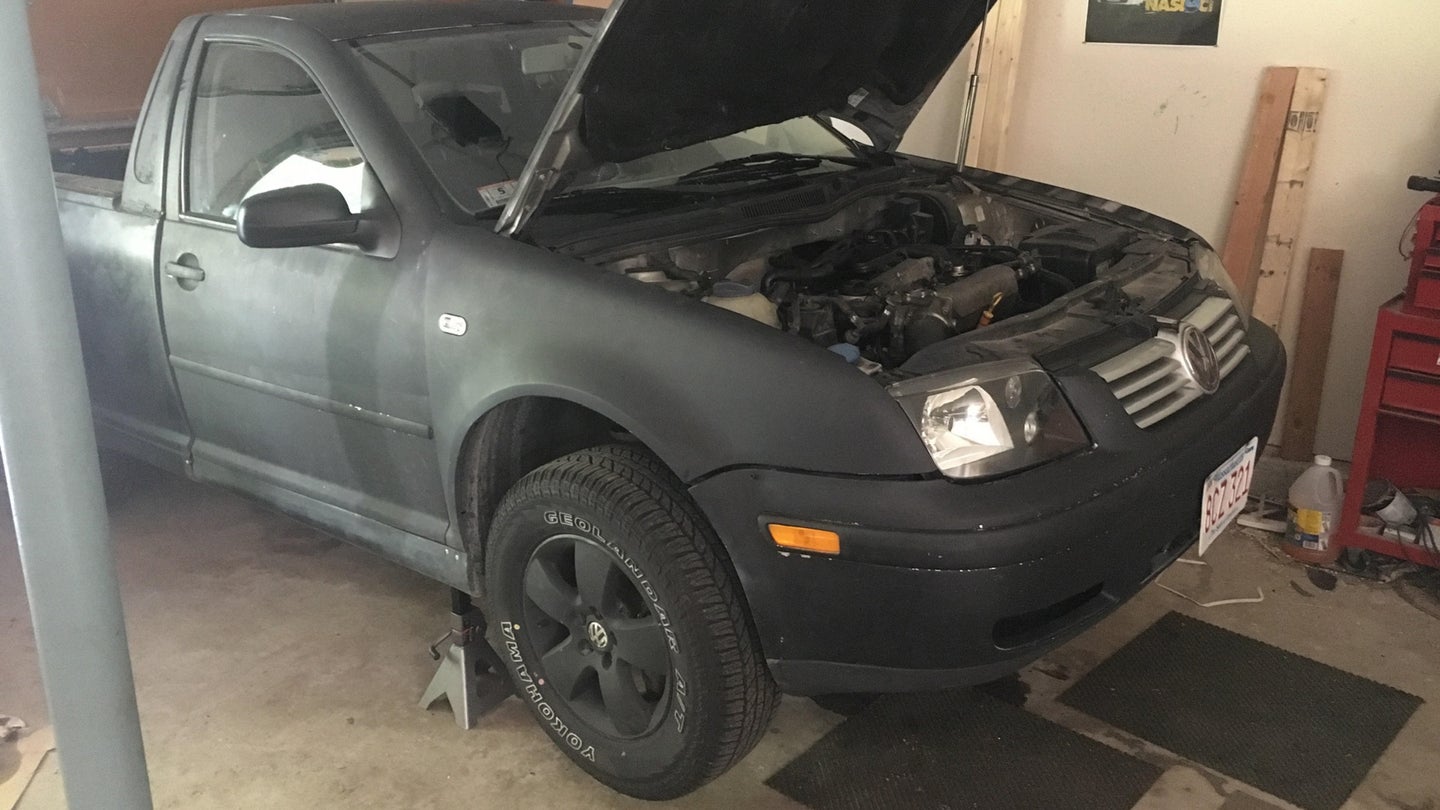 A Philadelphia man is dead after the car he was working on Wednesday night fell on top of him, reports ABC 13.

The man was using his cell phone to light up the underside of what appears to be an Acura TL when whatever was supporting the car failed, causing the car to drop on top of him. He was rushed to a nearby hospital but died soon afterward. The Drive contacted the Philadelphia Police Department for more information about this incident, but we were told there are no further releasable details, and that police would not provide anything other than what is in the ABC article unless it was determined to be criminal.

We won't try to guess what happened to cause the car to fall, but there are some steps you can take to help prevent this from happening to you. Haynes, the publishers of repair manuals for many cars, suggests first making sure that the jack is on solid ground that won't shift once the weight of the car is on top of it. Use a good solid hydraulic floor jack rated to handle your car's weight. Don't use the one that came with your car for anything other than the quick side-of-the-road tire changes it was designed for.

Use a strong jacking point on the car, such as a chassis rail, subframe or suspension mounting point. You can use the standard jacking points too, but it's best to leave those clear so that you can put jack stands under them and lower the car on top of them. Never trust the jack to hold up the car all by itself. Wheel chocks are also good to prevent the car from rolling out of position, even if the parking brake is on and the car is in gear. Finally, give the car a good hard shake before crawling under it. If it shifts at all, adjust the jack stands until it doesn't budge when you shake it. If you're removing any wheels as part of the job, sliding them underneath the car to catch it if it falls is cheap insurance, too.

I've always been a bit paranoid about crawling under a car to work on it. I still do it, but I'm always wary about it falling on top of me because of incidents like this. But following these steps has kept me safe through the years. I've even had cars drop off jacks on occasion, but due to these precautions and a bit of luck, I've never been hurt when it's happened.

How Much New-Tech Transportation Death Will We Tolerate?

Will we be able to stomach the carnage that will surely come with air taxis, rockets, and self-driving cars?

Canadian Driver Cheats Death After Axe Flies Through Windshield, Hits Him in the Face

And amazingly, it’s not the first time.