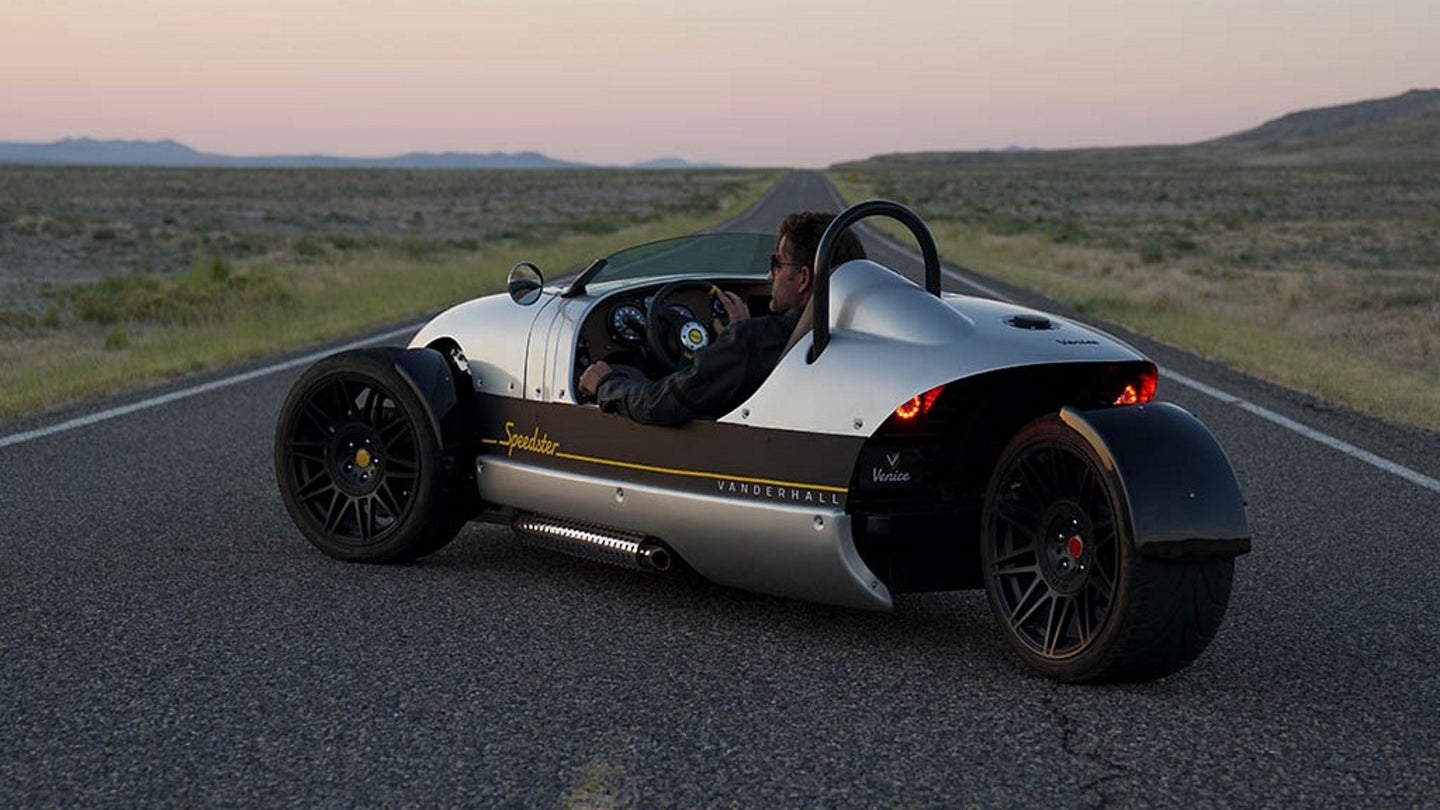 Vanderhall’s line of three-wheel roadsters is getting a little bigger with the all-new Venice Speedster being added to the family. Making its debut at the Sturgis motorcycle rally in South Dakota, the Speedster is what Vanderhall calls “a simplification of the Venice that accommodates extended solo touring while exemplifying sleek and refined styling” and it’s available for pre-order right now. The first deliveries will go out in the fourth quarter of this year.

The Speedster is mostly an aesthetic upgrade over the standard Venice and a passenger space downgrade. It’s a little awkward looking considering it’s clearly a vehicle that was originally designed for two seats but only has one. In lieu of a passenger seat, there’s just more bodywork with a couple stripes running down where the passenger would normally sit.

Asymmetrical seating aside, the Venice Speedster looks pretty cool. Like all Vanderhalls, it’s a roadster with two wheels in front and one in back with a body that resembles the fuselage of an aircraft. Standard features in the Speedster include a silver vintage metallic body color, Saxony brown upholstery, a low profile windshield, a tonneau cover, heat, a heated seat, a wooden steering wheel, and a 400-watt sound system.

Like the standard Venice, the Venice Speedster is powered by a turbocharged 1.4-liter inline-four sourced from GM making 180 horsepower. It’s linked to a “sequentially manually shiftable” GM six-speed automatic transmission.

In the motorcycle world, models that are dedicated to touring typically not only have two seats, but the passenger seat is as comfortable or more comfortable than the rider’s seat. That’s what makes it curious that Vanderhall is touting the Venice Speedster as a touring vehicle. I guess it’s only for touring for people with no friends and $26,950 to burn.

Speaking of price, the Venice Speedster is now the most affordable vehicle you can buy from Vanderhall. It was previously the standard Venice which has two seats and starts at $29,950. Vanderhall makes premium products in the niche three-wheeler segment, but is it really worth the premium over a Polaris Slingshot with two seats which can be had for just under $20,000?

The Vanderhall Venice Is a Morgan for the Masses

The Venice is an American-made three-wheeler for American tastes.