Sweden’s moose test is wimpy compared to the Isle of Wight’s dino test. 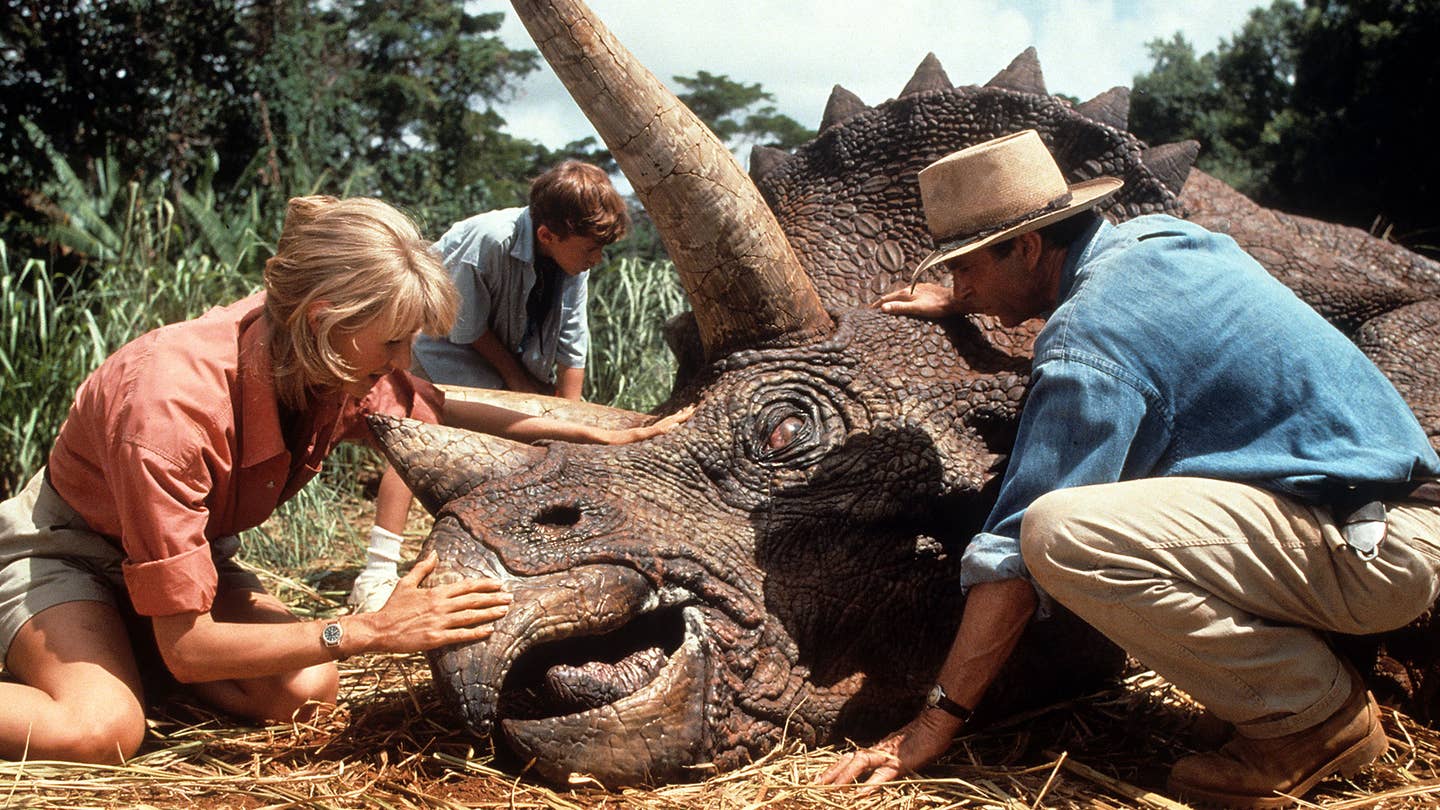 Drivers passing down the town of Godshill on the Isle of Wight on the night of February 12 found themselves face-to-flank with a rather unusual roadblock: a very large Triceratops horridus.

Sadly for those of us who were hoping John Hammond had a secret lab off the coast of England, the Triceratops—which goes by the name “Godshilla”—was a life-size model belonging to Godshill merchant Martin Simpson, who owns local mineral and fossil emporium Island Gems and, by his own website’s admission, is known as “The Fossil Man.”

Normally, the triceratops stands guard in front of his store, but Simpson said he suspects pranksters moved the giant trike into the middle of the adjacent road, High Street. “It must have taken five hefty lads to move it,” he told The Isle of Wight’s County Press.

As one might expect in this day and age, reports of the ceratopsian jaywalker quickly began blowing up social media.

The Triceratops was moved quickly back to its usual resting place, before it turned the road into a Jurassic parking lot.

The Jeff Goldblum trinket you never knew you needed, and a true-to-period Ford Explorer.