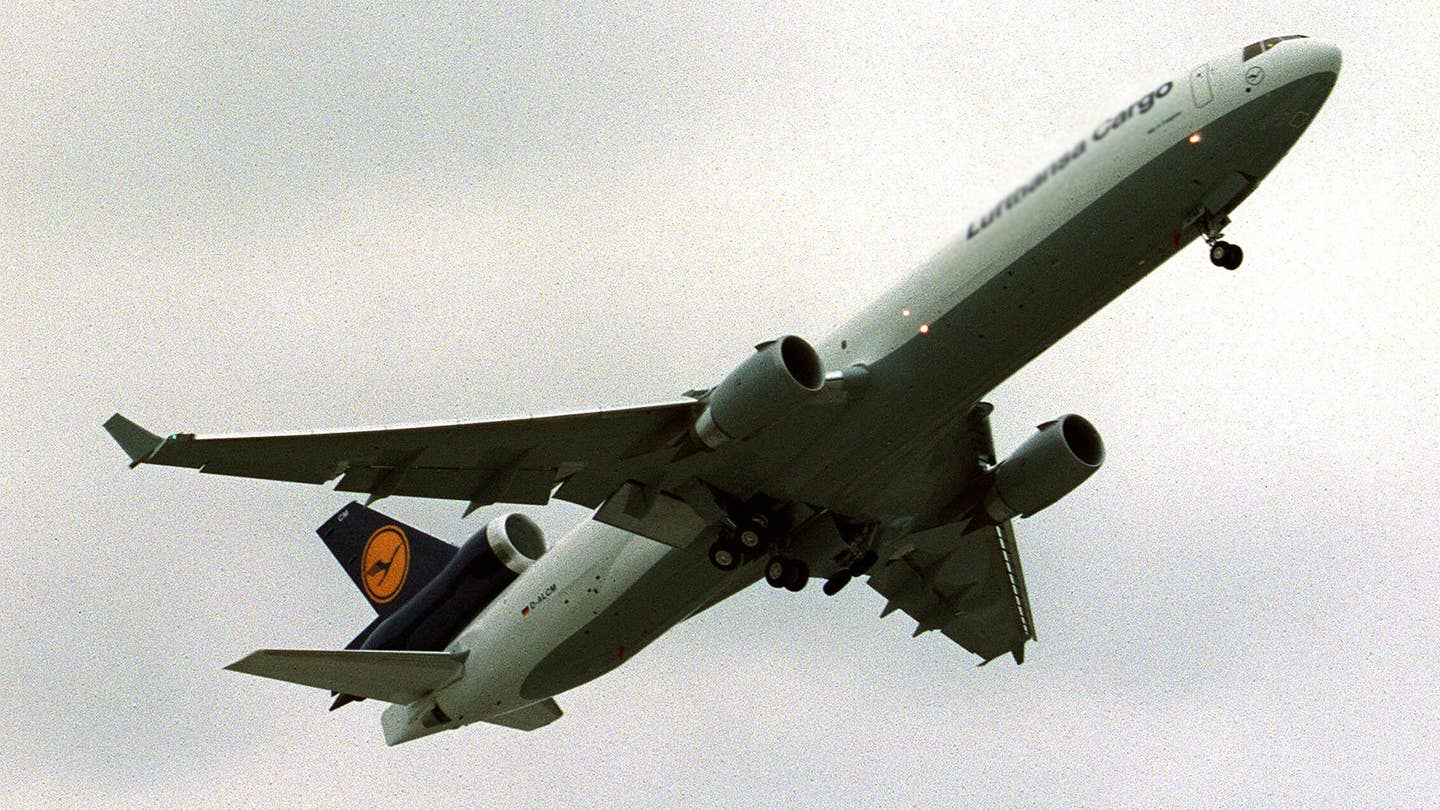 It sounds like the start of a B-movie called “Zombies In Zimbabwe”: a cargo jet lands to refuel in the central African country on Valentine’s Day, only for airport officials to find the interior filled with cash...and covered in blood.

And yet, it happened. (Well, not the zombie part, as far as we know.) According to The New York Times, a chartered McDonnell-Douglas MD-11 owned by Florida-based Western Global Airlines was locked down in Zimbabwe’s capital, Harare, after officials found a dead body inside the plane on February 14. Initial reports suggested the corpse, who has yet to be identified, had attempted to stow away in the landing gear, only to be crushed when the gear retracted after take-off. The plane’s four crew members, reportedly, were unaware of the supposed stowaway.

As for the mysterious cargo, according to Zimbabwean newspaper The Herald, the plane was filled with millions of South African rands, which Western Global claims were a shipment being dispatched on behalf of the South African Reserve Bank. (In case you’re not up to date on your exchange rates, one million rands works out to roughly $62,500.)

As of February 15, the plane was still stuck in Zimbabwe as officials continued their investigation. No word yet as to whether the stowaway was somehow connected to the plane’s cargo; we also await word as to whether Brad Pitt is en route.