What Would You Do With a Closed Freeway?

In Carmageddon II, a six-mile, 12-lane stretch of Corona, California’s 91 Freeway is shutting down. The mind reels at the possibilities. 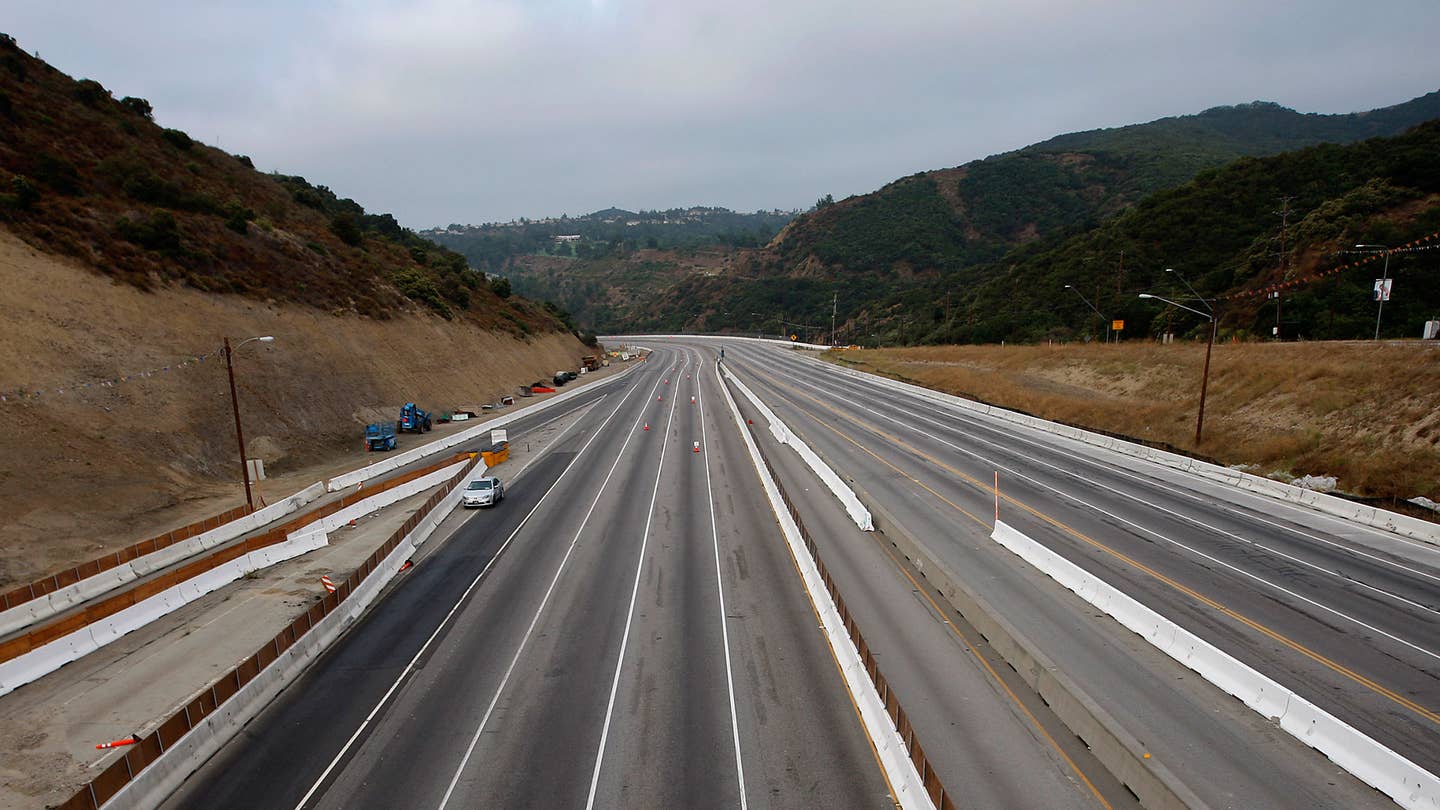 In 2011, the 405 Freeway in Southern California closed down and they called it Carmageddon. Five years later, it’s happening again. But this time it’s the 91 Freeway, and this time, it’s personal.

From Friday, February 19, through Sunday the 21st, the Riverside Transportation Commission will be closing a complete six-mile stretch of the laughably busy 91 for another phase of an ongoing expansion project. And even on a weekend, it might prove to be the nightmare that the original Carmaggedon wasn’t.

In our manual, the answer for any driving problem is more driving. Twelve closed lanes. Six miles. That’s a lot of open highway and we’re already making plans for what we’ll do if the construction plans fall through but the road is closed anyway. Plans which do not include Race Wars.

Tired of waiting in long lines at the dragstrip? We’re going to run six cars at a time over six-mile races, which will tend to eliminate minor factors like initial hookup and reaction time. Instead, 6 x 6 drags will reward quality construction, because a lot of cars are going to blow up a minute or two in. We’re also going to start the next heat when the previous one reaches the halfway mark, so get yourself off the road!

It’s like the game of Chicken, without the consequences. Or is it? Three cars start from each end in alternating lanes. Do you have what it takes to pass within inches of someone going in the opposite direction with a 300-mph speed differential? You’d better!

Car vs. Motorcycle vs. Quad vs. Rocket Sled vs. Plane

We’ll finally and definitively prove what form of transportation is best. For an added twist, we’ll make it a lane-less pylon race. Imagine the Red Bull Air Races, mixed with autocross. Finally, a perfect way to shut up our pilot friends.

Actually Getting Where You’re Going On Time On The 91