Insurers say robots can out-brake humans, and have the math to prove it. 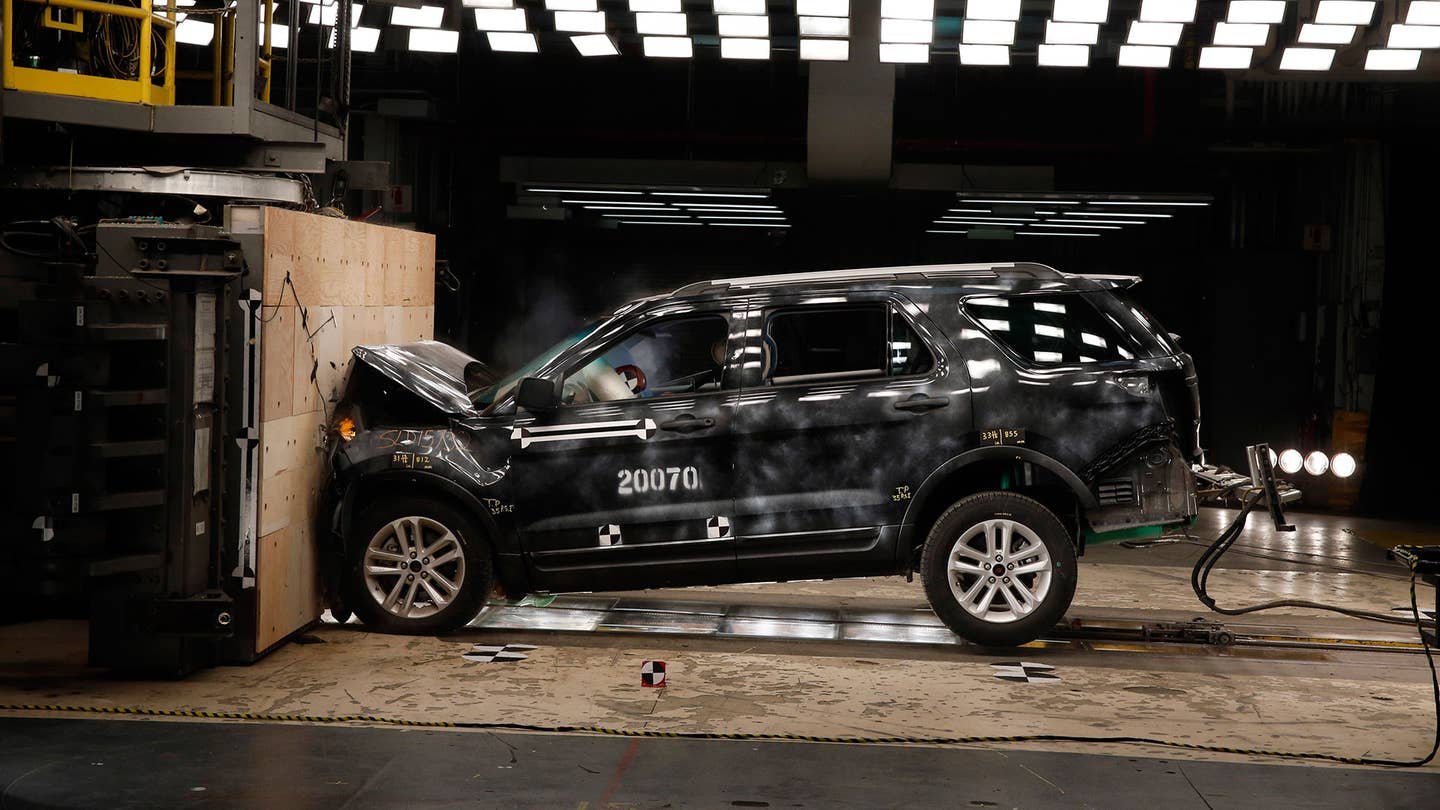 The Insurance Institute for Highway Safety now confirms what we already know: Americans are lousy drivers.

According to a comprehensive, four-year study, cars with front-crash warning systems (flashing lights and buzzers to alert drivers of imminent impact) and automated braking are much safer than cars without the tech.

Mind you, there’s a caveat: The cars studied were from Acura, Honda, Mercedes, Subaru and Volvo, and much of the safety equipment was optional, meaning that the owners knowingly paid more for it. Are these drivers of MDXs, S-Classes, Crosstours and TLXs more safety minded, biasing the study pool? That remains unaddressed.

The study’s author, the IIHS’s Jessica Cicchino, says auto-braking didn’t always prevent accidents, but it had “a good chance of preventing injuries by reducing the impact speed.” Cicchino says if there’s one surprise, it’s that impact-warning systems didn’t reduce injuries to an even greater degree than was found.

Call us cynics, but we’re not surprised. These systems, like all others, either become so intrusive you shut them off or you simply learn to ignore them because they false too frequently (like in stop-and-go traffic, where they blare constantly when you have no choice but to follow closely, or risk constantly being cut off).

Still there’s little doubt such studies add more weight to the imminent removal of the brake pedal entirely. The National Highway Traffic Safety Administration and IIHS have already inked a deal with Audi, BMW, Ford, General Motors, Mazda, Mercedes-Benz, Tesla, Toyota, Volkswagen and Volvo to agree on a standard for automated emergency braking, and it’s very likely that all new cars soon will be equipped with such systems.

The IIHS study concluded that if all cars could have braked themselves in 2013, we’d have seen a 40 percent reduction in rear-end crashes. More significant: “300,000 injuries in those crashes could have been prevented.”

It does not raise this much-preferred alternative scenario—fewer robots, and more stringent driver education and testing.