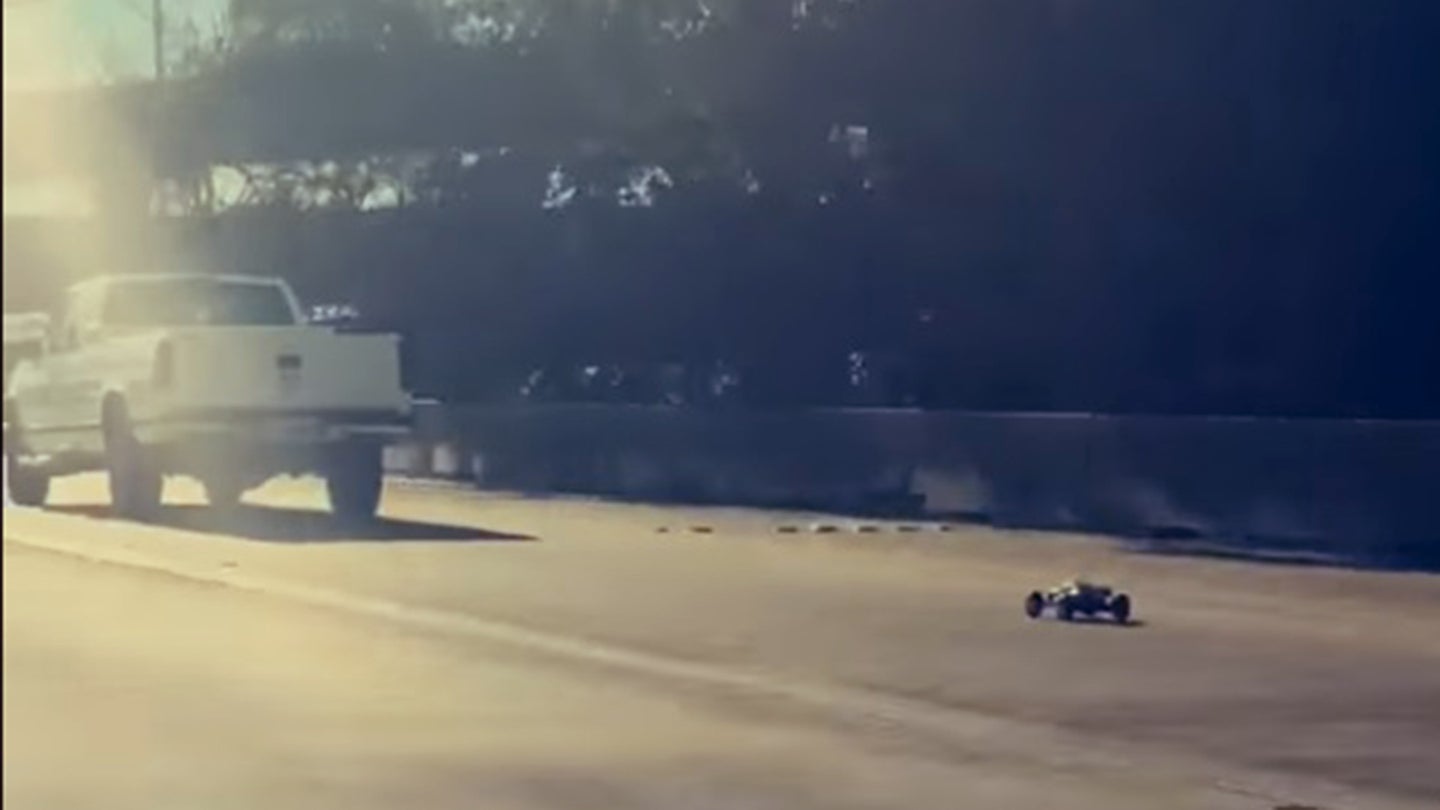 Drivers on a Houston-area highway were treated to an impromptu re-enactment of the first Toy Story movie this weekend when a small radio-controlled buggy was spotted chasing a pickup truck down the road at around 80 mph, KTRK reports.

The bizarre scene was captured on video by a man named Alex Villa, who saw the RC car cruising behind a pickup truck in the right lane of Highway 59 southbound just west of Houston. The little car looks remarkably stable considering how fast it's traveling, and you can hear the engine whirring away as Villa speeds up to get a closer look. There's no sign of a cowboy sheriff or space ranger, sadly.

The video ends as the RC car follows the pickup down an off-ramp and out of view, just like any other commuter. "That was his exit, apparently," Villa concludes.

Of course, the car wasn't really a toy come to life, and it's likely the operator was riding along in the lead truck. If you're surprised by the fact that a plaything can hit 80 mph, you should know that radio-controlled cars have come just as far as their real-life counterparts over the decades. Today's top-of-the-line kits can scratch 100 mph with a few modifications and the right gearing and tires.

But while this particular buggy managed to handle a big-kid highway without a problem, it's probably best to save these kind of test runs for a less populated area. Even if it's not likely to cause an accident, all it would take is a quick merge from an inattentive driver to end the experiment permanently.