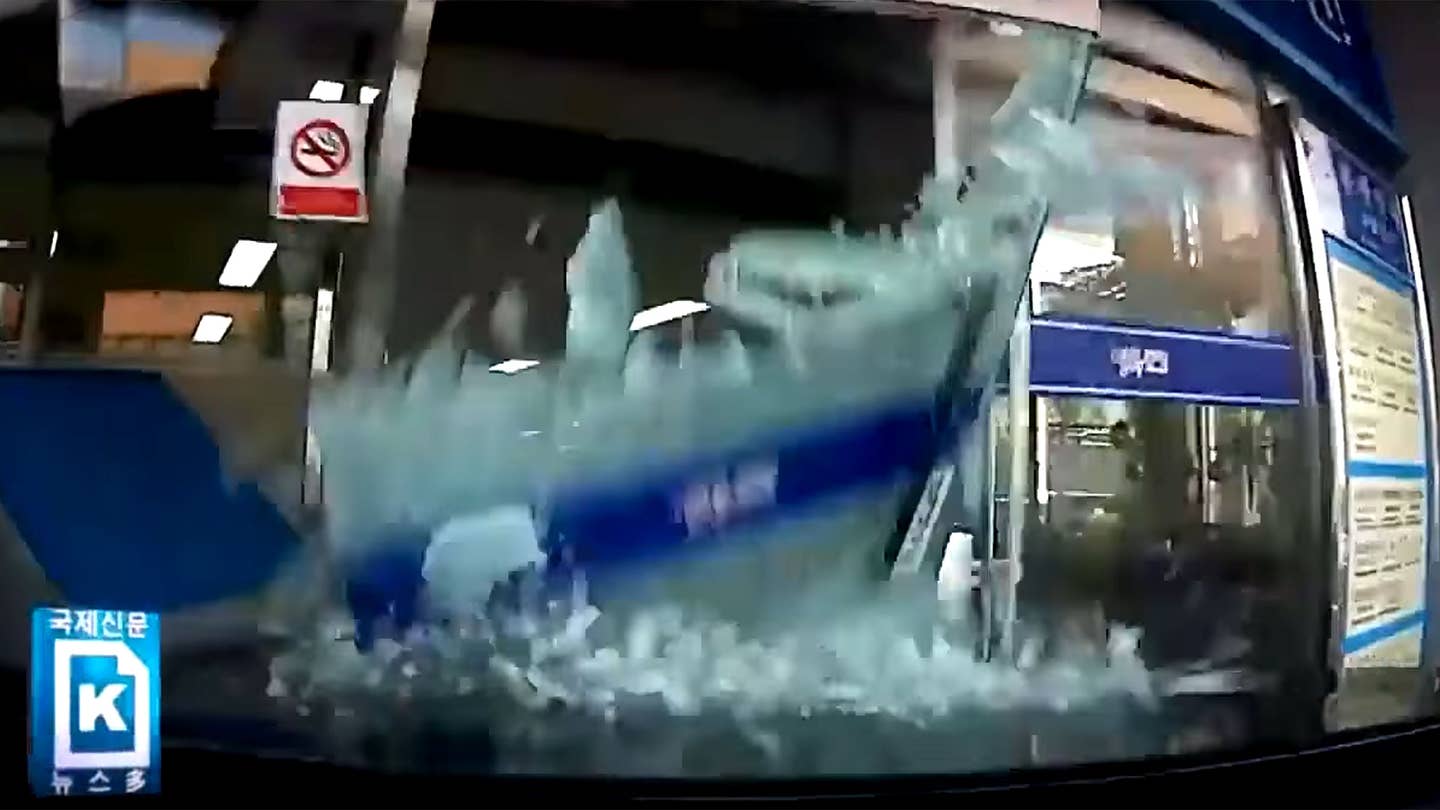 CCTV footage has surfaced of a woman driving her car into city hall in Busan, South Korea. The 76-year-old smashes clean through the doors, taking out a desk with extreme prejudice. Thankfully for everyone involved, no one seems to have been hurt. And the whole thing was caught on tape, both from the city’s security cameras and the woman’s dashcam.

The elderly lady told police that she was hitting the brakes, but we don’t buy it. That car comes to a complete stop in front of the building, then shimmies forward and blasts right through the plate glass doors into the lobby.

Look, ma’am, we know this wasn’t an accident. You did an excellent job trying to make it look like a mistake, and most people would likely be fooled. But we know what you were really doing. You were standing up for the people, thrusting a stake through the heart of the beast, and we salute you for it.

You were making a stand for every one of us who’s had to put up with the agonies of dealing with local government, of being frustrated by small-time bureaucrats who exalt in their meager power by playing games with loyal citizens and their simple, pure-hearted requests. You drove that car into that lobby in an act of defiant protest, your throttle pedal an upraised fist and your engine’s roar a triumphant cry for justice and righteousness.

Or maybe you just mixed up the gas and the brake. We’ve done that once or twice, too.