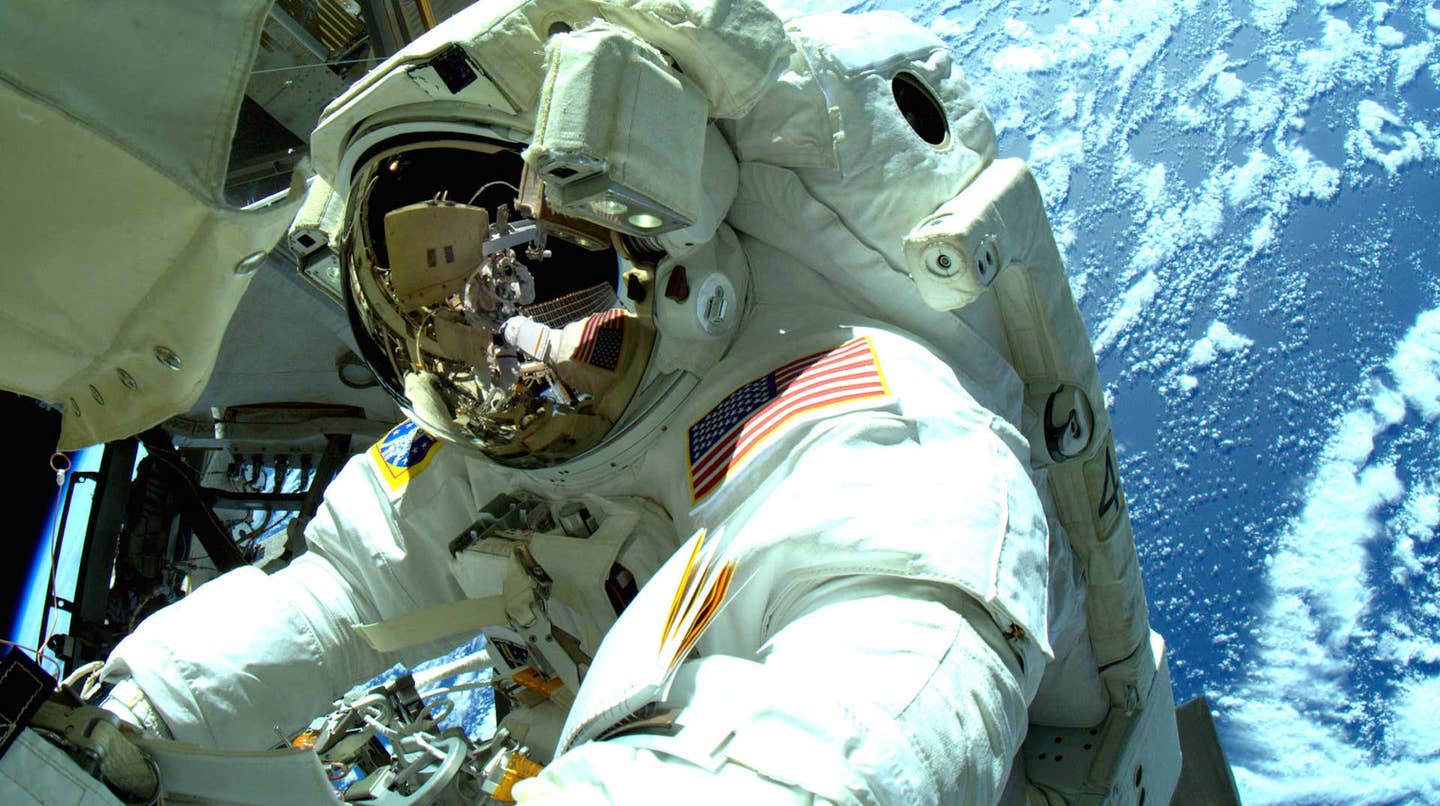 Two men aboard the International Space Station are getting ready to do a little wrenching. NASA’s Tim Kopra and Tim Peake of the European Space Agency will spacewalk about 200 feet from the airlock, into the darkness, out towards the vessel’s outer solar panels. And you can watch it happen live.

Kopra and Peake will be replacing a faulty voltage regulator, which has been hampering the ISS’s power supply for several months. Because the damaged part controls power flow from the station’s solar panels, they’ll be doing work while the ISS flies through the shadow of the Earth. So that means spacewalking (and doing the swap) in total darkness. Oh, and if those panels get enough sun to generate energy while Kopra and Peake are working, they could receive high-voltage spark. Which is kind of terrifying.

Kopra exited the Quest airlock first, with Peake following minutes later. The former will head to the worksite with a toolbox, the latter will then give a go-ahead signal. They’ll then start replacing the electrical box.

The European Space Agency says this repair, along with some other maintenance, will take six and half hours. Check out the live feed on NASA’s website, here.