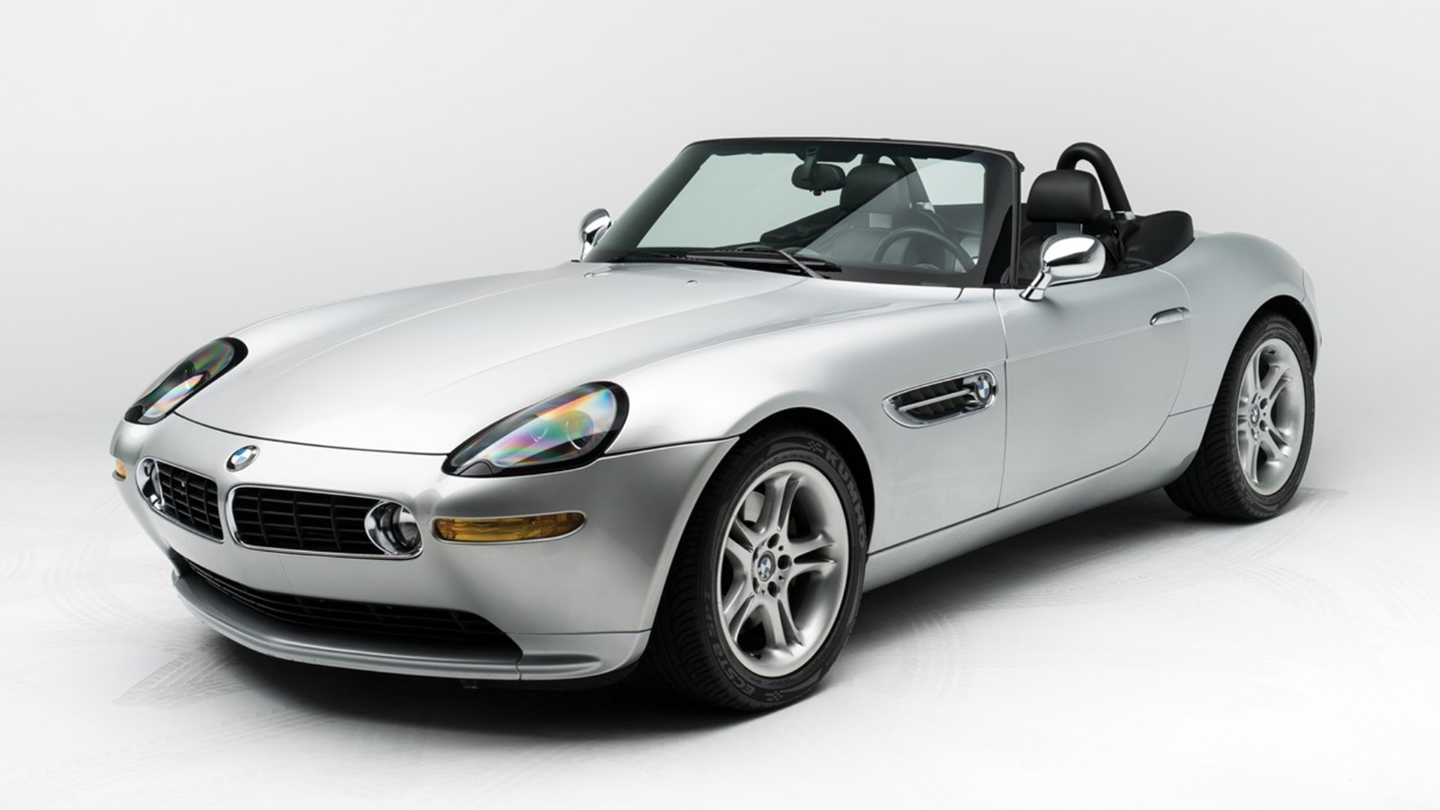 Like it or not, our cars say a lot about us. But sometimes, the reverse is true as well—especially when the owner is Apple co-founder Steve Jobs, and the car is a mint-condition 2000 BMW Z8. RM Sotheby's will be auctioning off that very car in New York in December, so if you've got an exacting nature, a mercurial temper, and a knack for inventing the future, looks like we've found your next ride.

For a man who invented an entire galaxy of devices and accessories that we don't really need, Steve Jobs himself was famously possession-adverse. And though that was also true when it came to cars, Jobs could never resist the engineering-forward ethos of German transportation. He was known to own a Porsche 928 in the 1980s, a 1966 BMW R60/2 motorcycle, and a series of Mercedes SL 55 AMGs in later years. But the BMW Z8 seems to have been the most "car guy" purchase of them all: A beautiful, pricey roadster with little functional purpose but a whole lot of class and style.

All right, that may be a little unfair. As the auction listing notes, Jobs bought the car new in 2000 after Oracle CEO Larry Ellison told him it was the "paragon of modern automotive engineering and ergonomics, reflective of Steve’s own products and psyche." How can you refuse a sales pitch like that? Hyperbolic description aside, the truth is that the BMW Z8 is a bit of a polarizing figure in the history of the brand, with a timeless design evoking the midcentury lines of the BMW 507, killer handling, and a lofty $128,000 ($183,000 today) sticker price to match. 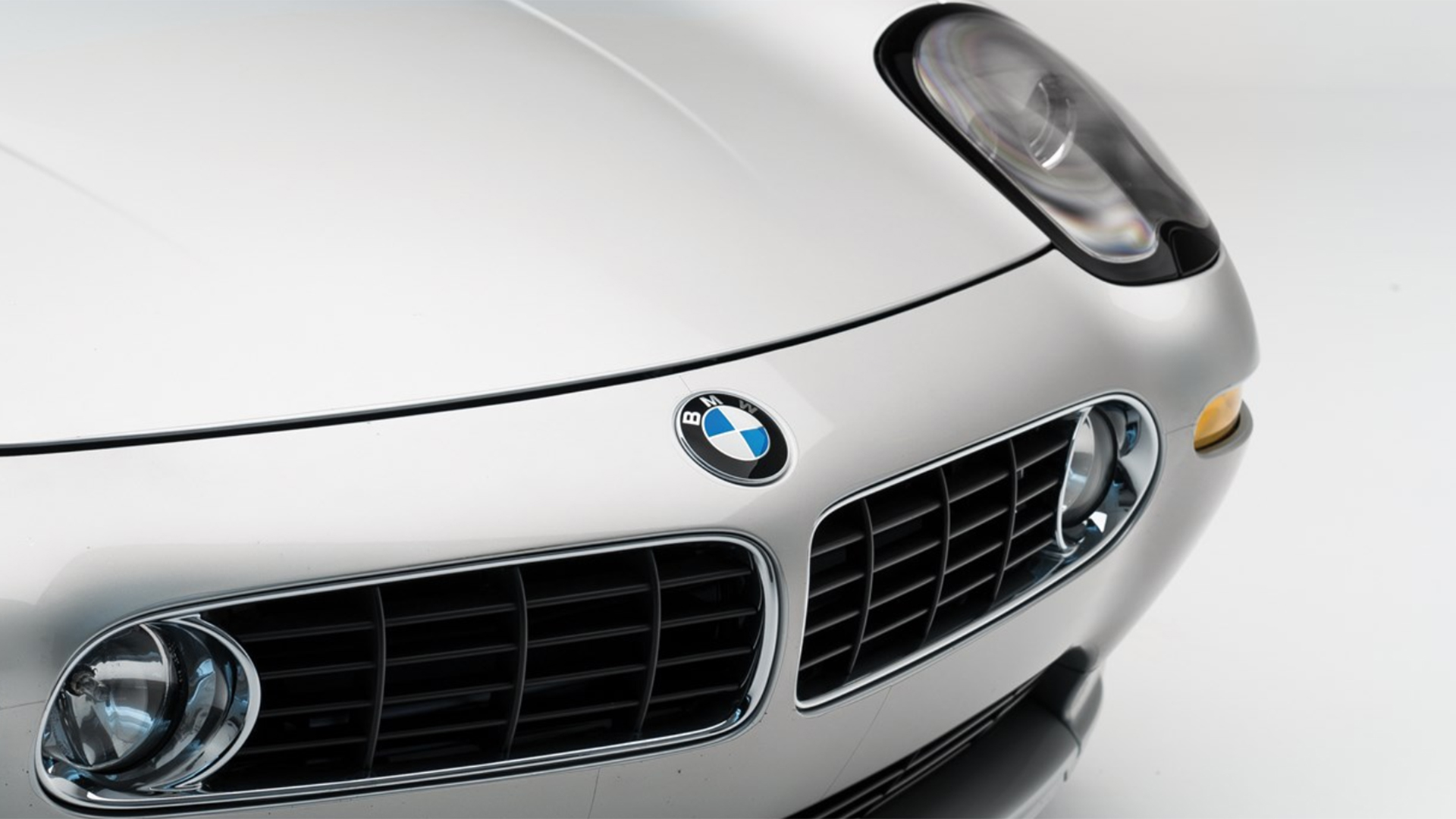 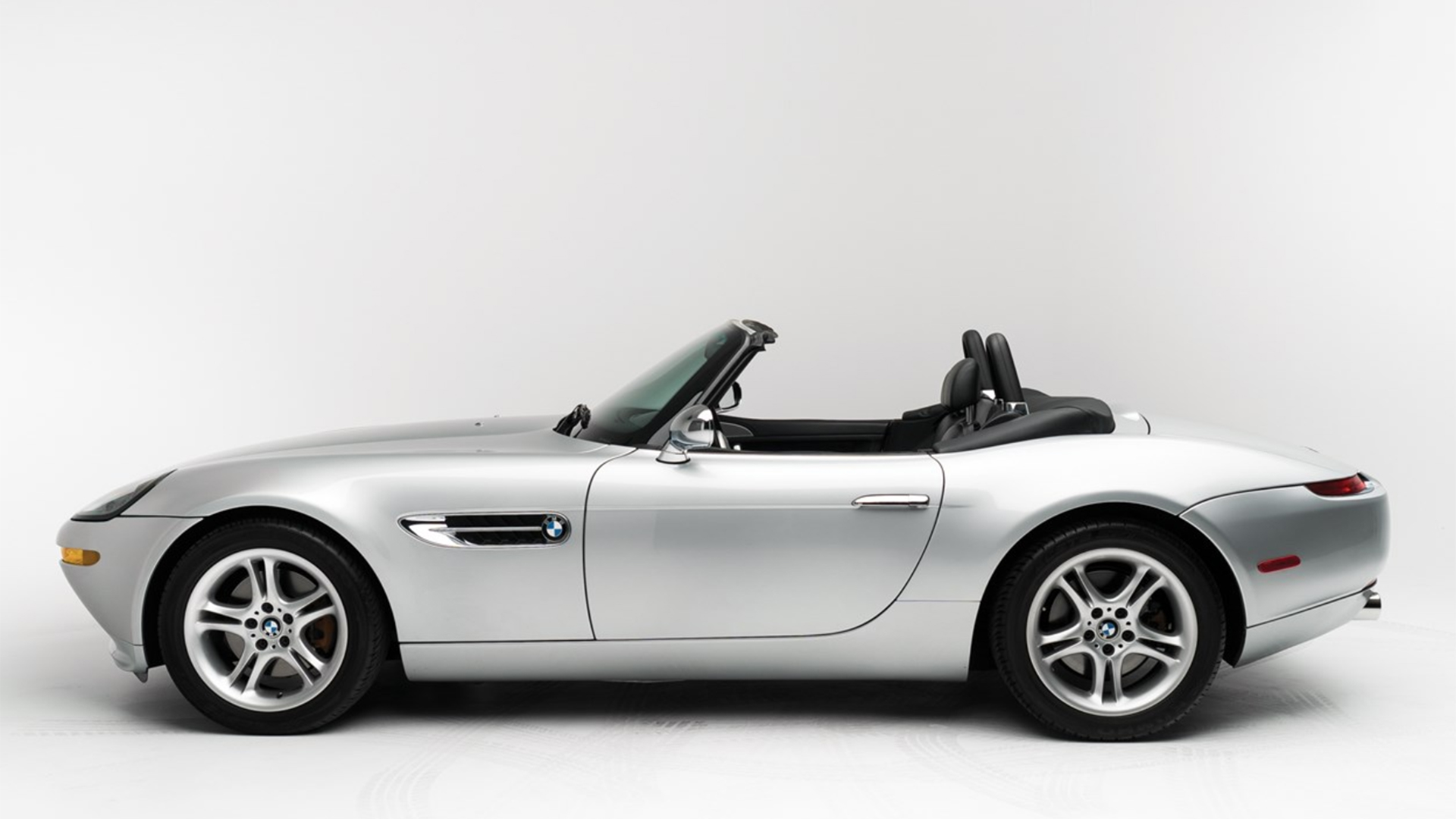 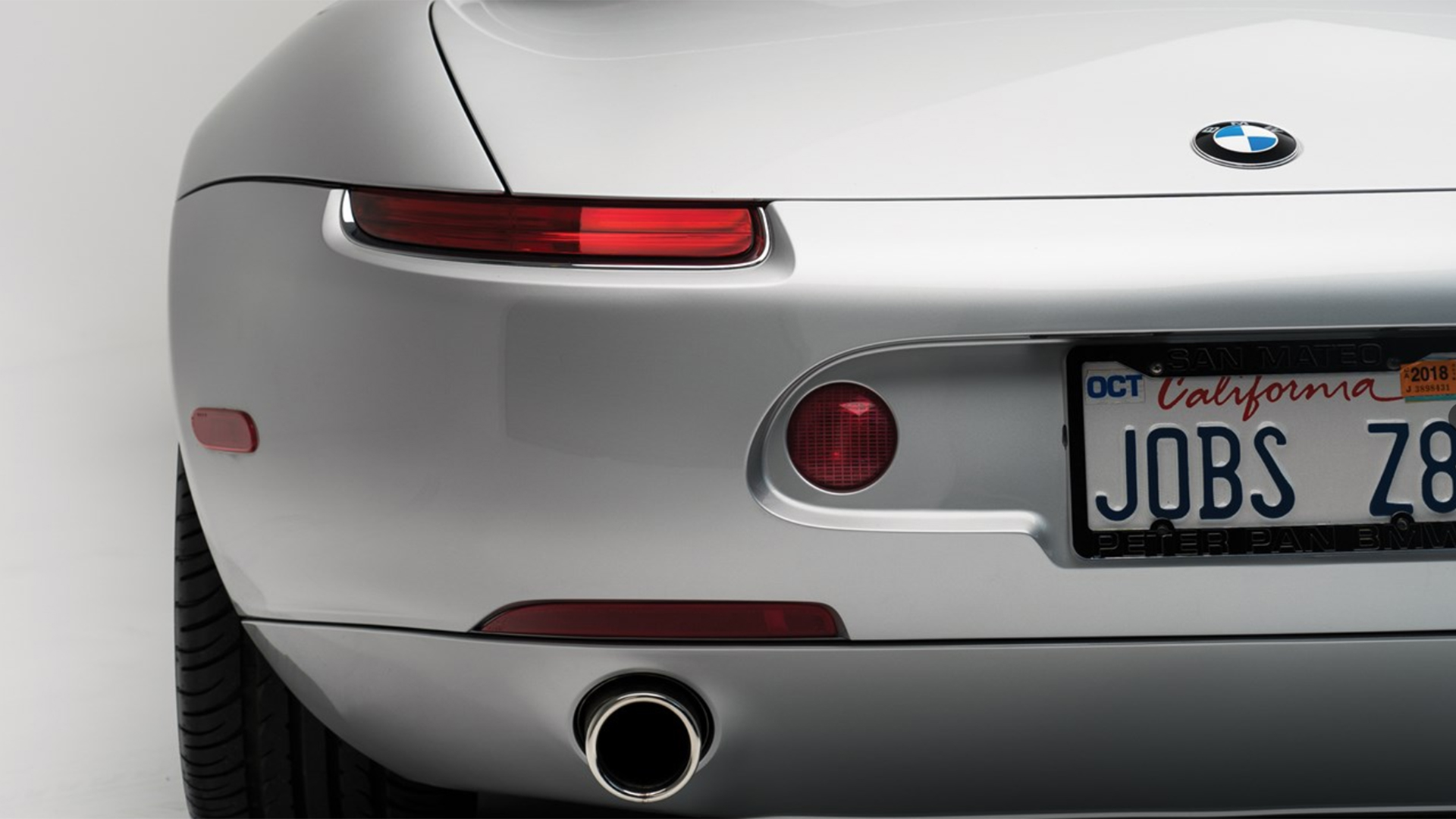 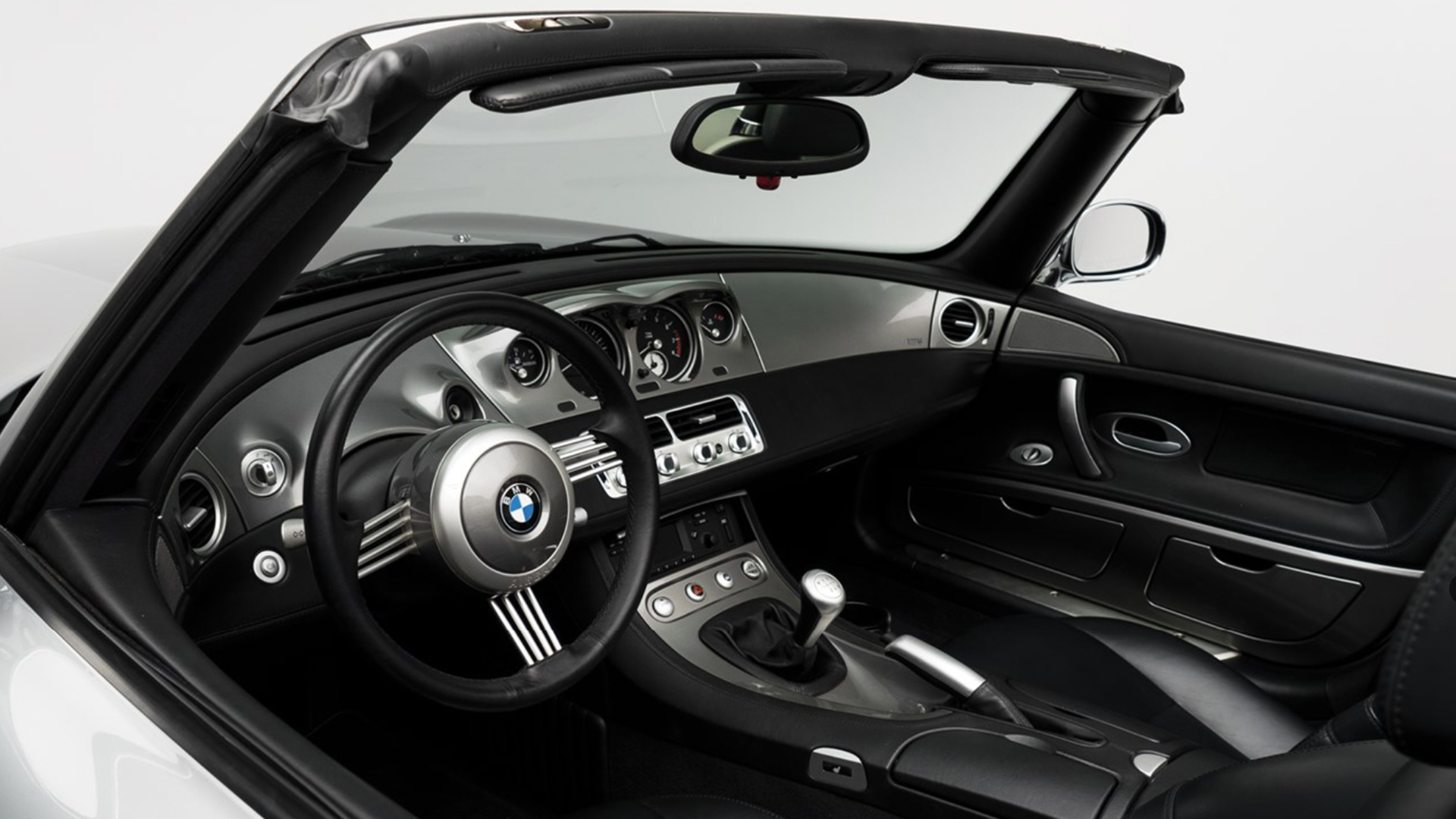 Even though Jobs was notorious for swapping out six-month leases to avoid having an unsightly numbered plate on his car, he apparently enjoyed the Z8 enough to register it under his own name and hang onto it for almost three years before selling it to its current owner in 2003. The car has 15,200 miles on it currently, with the majority of those accruing under the second owner. Jobs was a busy guy, after all, and it's not hard to imagine him spending just as much time staring at the Henrik Fisker-designed bodywork as he did behind the wheel—and maybe taking some inspiration for his own purposes.

You may remember that like all of BMW's top-shelf cars of that era, the Z8 came with a BMW-branded Motorola car phone. In this case, it was a standard, late-90s black plastic flip phone, and according to the auction listing. Jobs absolutely hated it. Development of the first iPhone started in earnest in 2004, a year after he sold the car. Did his frustrating experience with the BMW phone spark something deep in his brain? It's not impossible, and RM Sotheby's would certainly like you to think so.

What is impossible (for us, at least) is the price tag. BMW Z8s never really depreciated in value, with non-famous examples from the 1999-2003 production run still selling for over $200,000 on the regular. With Steve Jobs in the mix, RM Sotheby's is expecting this example could go for up to $400,000. For that money, you get the museum-condition car and its 400-horsepower V8 engine, the factory hardtop, service records, two keys, and a copy of the original pink slip with Jobs' name and address on it.

The good news is there's no reserve, so maybe the speculators will all scare each other off and leave you an opening for a lowball winning bid. Hey, we can always dream.