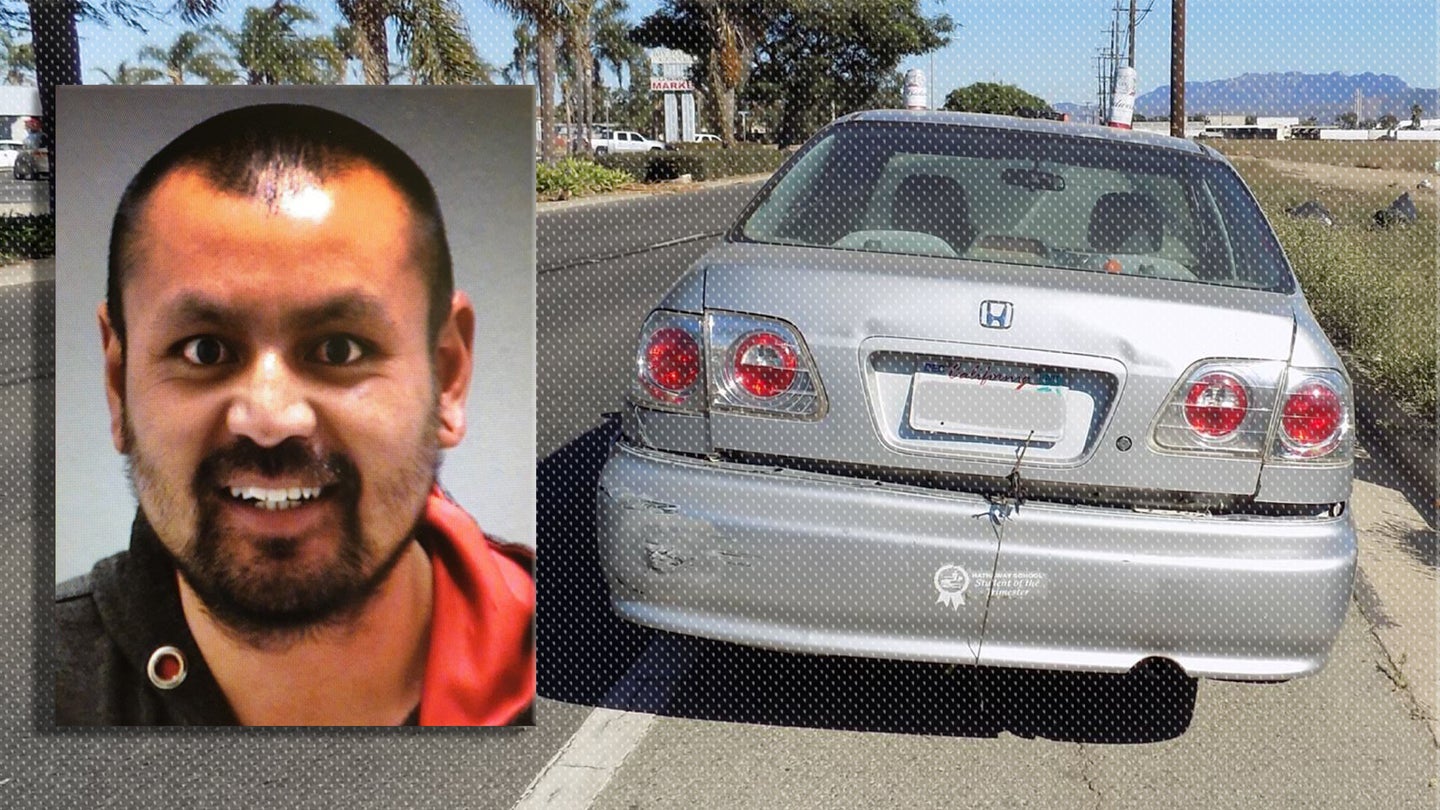 There's a not-so-fine line between being a Fun Uncle and a Drunk Uncle. Letting your 11-year-old nephew get behind the wheel and rev the engine in an empty parking lot? Fun Uncle. Getting hammered and then using him as your designated driver, as one California man did this week? Drunk Uncle, for sure.

The Port Hueneme Police Department posted the cautionary tale of 29-year-old Genoro Lopez on Facebook this week. On Sunday afternoon, an officer spotted a ratty sixth-gen Honda Civic being driven through a major intersection in town by what appeared to be a small boy "between 8 and 10 years old." The officer watched the child commit several "traffic violations"—because, well, he's a child—and pulled him over.

At the same time, Port Hueneme dispatch started receiving several calls about a young boy driving a car around town with a man "slumped over" in the passenger's seat. The officer approached the car and discovered the 11-year-old behind the wheel with Lopez passed out next to him. The child was so small, he was sitting on a bunched-up sweat shirt to reach the pedals and see over the steering wheel.

The boy initially told officers that Lopez was teaching him how to drive, but later said his uncle was too drunk and asked him to drive instead. Lopez's troubles didn't end there, as he had both an open container of beer and a fake handgun on him, and cops later determined he had used methamphetamine just hours before while he was still watching his young nephew. He admitted that he had asked the boy to drive to avoid picking up another DUI arrest. Obviously, it didn't work quite as planned.

Lopez was taken to jail for child endangerment, the open container of alcohol in a vehicle, and an unrelated outstanding warrant, police told KTLA. The 11-year-old is now in the custody of his mother. On the bright side, at least he had the coolest story on the playground this week.