The Dodge Challenger outsold both the Chevrolet Camaro and Ford Mustang in August. 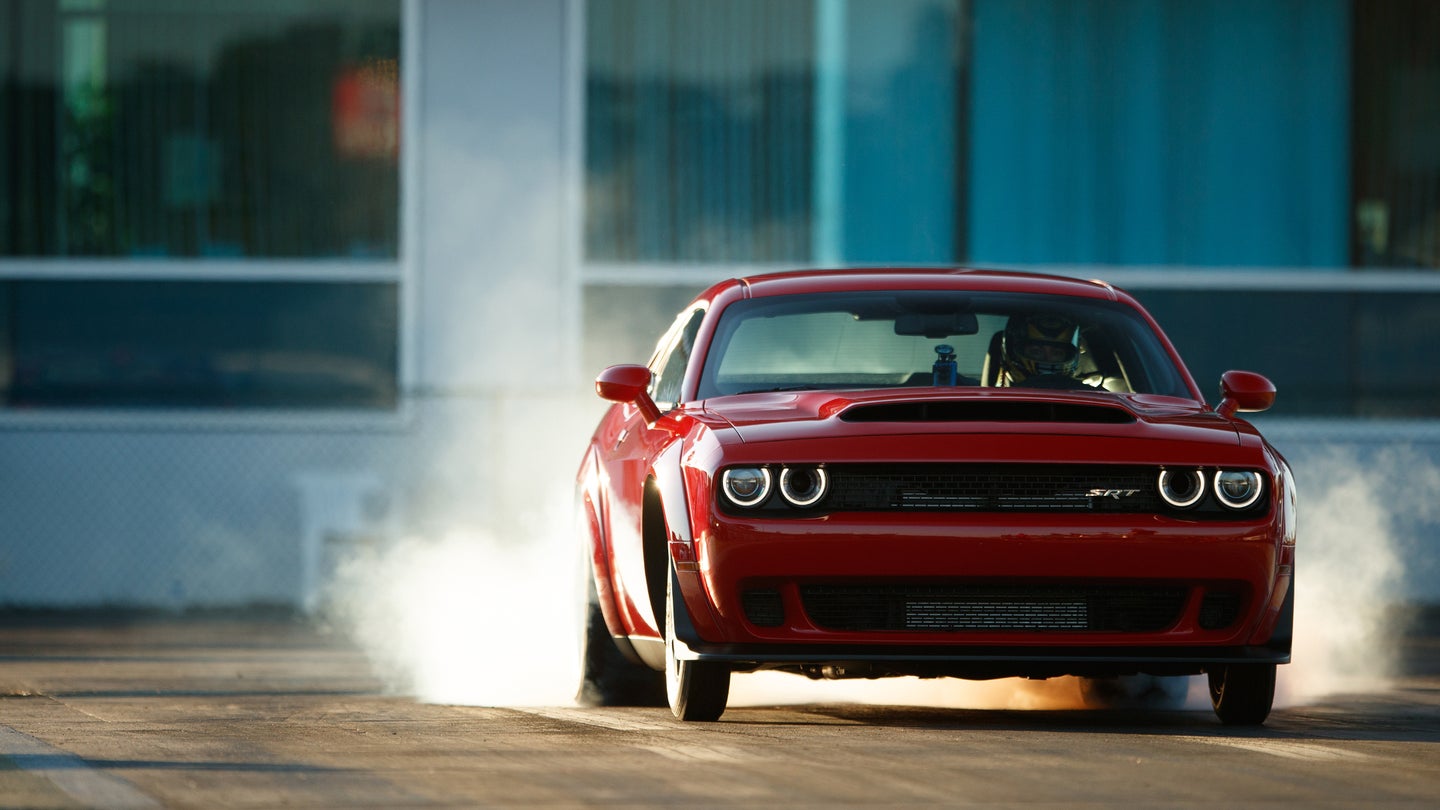 Somewhere between the cinematic hype trailers and slavering public response to the 840 horsepower Dodge Challenger SRT Demon, a small line of dissent crept up to throw some water on the flames. Why, its adherents asked, does anyone need such a powerful road car? And more to the point, what does Dodge stand to gain in such an old-school pursuit with the electric revolution (allegedly) right around the corner?

To start, more customers. Fiat-Chrysler passenger car boss Tim Kuniskis sat down with The Detroit News and explained how they believe the halo effect has been working its magic on Dodge. It's been a down year across the industry, and total Dodge sales through August were off 4.5 percent compared to the same point in 2016. However, despite the fact that Demon production has barely begun, Dodge Challenger sales have ridden the hype to a 4.4 percent YTD increase in 2017, putting it on pace for the model's best year ever.

"It's selling SRTs and Scat Packs and regular Hellcats," Kuniskis said. "We built the Demon to cement the image of what the brand is in peoples' minds. And this is what we want our attitude to be seen as."

Well, it's that or the Vin Diesel commercials.

That's even more impressive when you consider the ongoing mass extinction event stamping out sedans and coupes at an alarming rate. Both the Chevrolet Camaro and Ford Mustang have watched sales plummet this year, so it's not like the performance muscle/pony car segment has been immune. The Dodge Charger hasn't faired quite as well, with sales off 6.5 percent YTD, but it too has been buoyed above its Chrysler 300 stablemate and outlived the Chevy SS.

Analysts are split on whether the effect will last long enough to make a true impact on the company's bottom line. Dodge has staked its reputation on the whole "modern muscle" spirit, throwing 700-horsepower Hellcat engines into Jeeps and generally thumbing its nose at practicality. It was a common knock that a customer wouldn't get drawn in by a Hellcat or Demon and end up driving away in a Grand Caravan, but consider this: Despite a four-month production freeze and the reintroduced Chrysler Pacifica, Grand Caravan sales are up 10 percent through August compared to 2016.

And based on these early results, it appears that Dodge might be doubling down. Despite the LX/LC platform nearing double digits in age, Automotive News reports Dodge won't be introducting a major redesign until 2021, at which point there's likely to be more than one electric-powered rival already on the road. But as they say, if it ain't broke, don't fix it.