VW May Have the Most Vehicle Sales in 2016, But Toyota Still Dominates

This infographic shows Toyota is the number one selling brand in 49 countries. 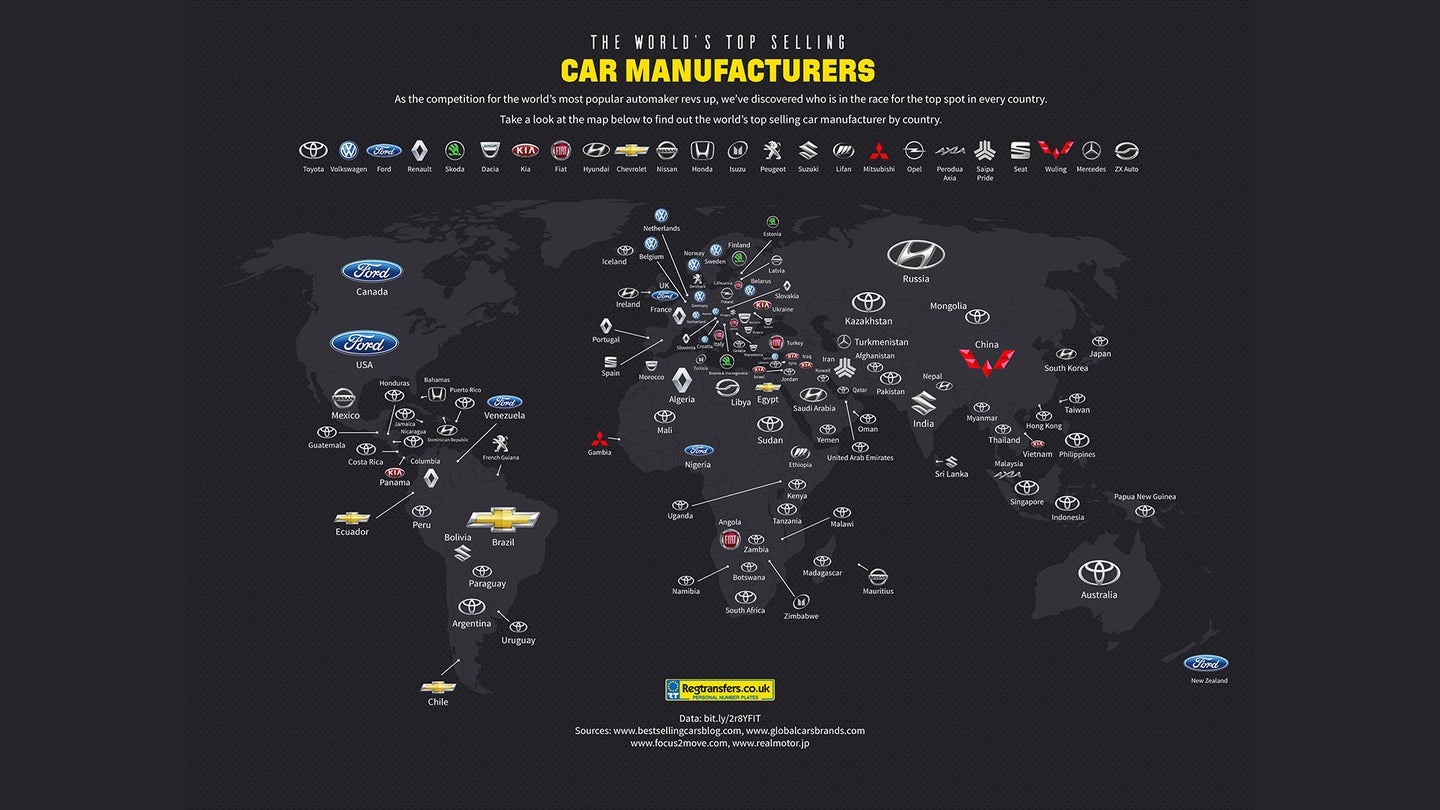 Several months ago we announced that Volkswagen finally overtook Toyota as the world's largest car maker. According to reports, Volkwagen sold 10.3 million vehicles in 2016. Four million VWs were sold in China, 4.2 million in Europe, 1.3 million in Germany and 939,100 in the U.S. despite Dieselgate.

Although the manufacturer may have won the spot as number one manufacturer by volume, Toyota is the number one selling manufacturer in 49 countries. The wide dispersion of popularity has allowed Toyota to live at the top of the charts for so long, but apparently the 14 countries where VW remains king has clearly done well for the brand.

It is interesting to note, however, that the blue oval (Ford) continues to dominate all of North America, selling 2.5 million units in the U.S. alone in 2016.  Although VW does not top the charts in a majority of countries, consistent sales throughout the globe has allowed the brand to topple the giant. Seeing nearly a million units sold in the U.S. post Dieselgate speaks volumes of the brand and with new Tiguan coming into play, it will be interesting to see how VW sells in the U.S. over the next year.