Watch a Brawl Break Out in Florida Airport After Flights Cancelled 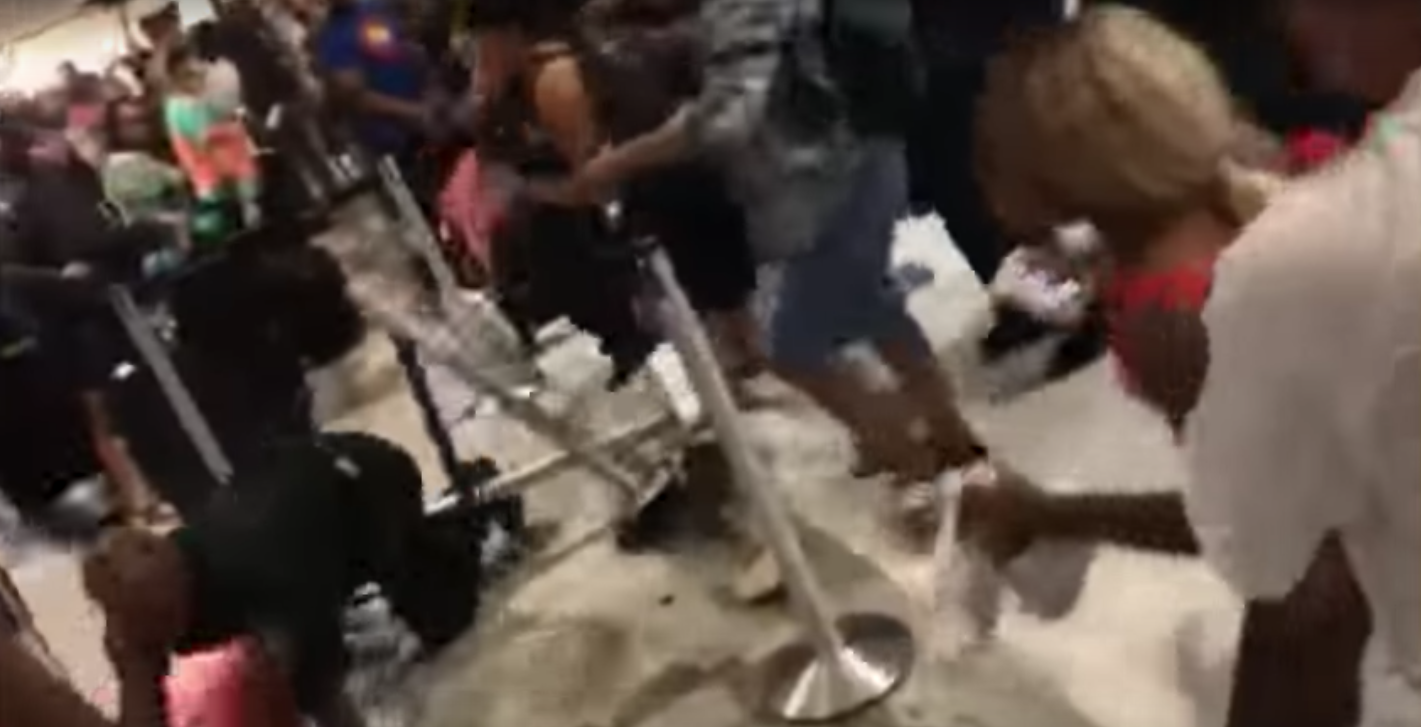 Florida's Fort Lauderdale-Hollywood International Airport was the the scene of a massive melee on Monday involving passengers and Broward Sheriff's Office.

After Spirit Airlines announced nine flight cancellations affecting hundreds of people, long lines formed and customers became irate, according to New York's ABC Eyewitness News WABC-TV. ABC7NY.com says that "about 500 people were in the Spirit terminal" when three individuals, all in their 20s, "were seen by deputies threatening the airline's front counter employees."

The crowd became increasingly agitated and would not leave when ordered, according to the Sheriff's report, as reported by ABC 7NY. Airline employees called law enforcement authorities before the fight broke out.

Spirit Airlines is in the middle of labor negotiations with the Airline Pilots Association; in a statement, Spirit said the APA was at fault for the cancellations, and that it has filed an "unlawful job action" lawsuit against the association. The APA disputes those claims.