Chrysler Portal Is No Longer Just a Concept 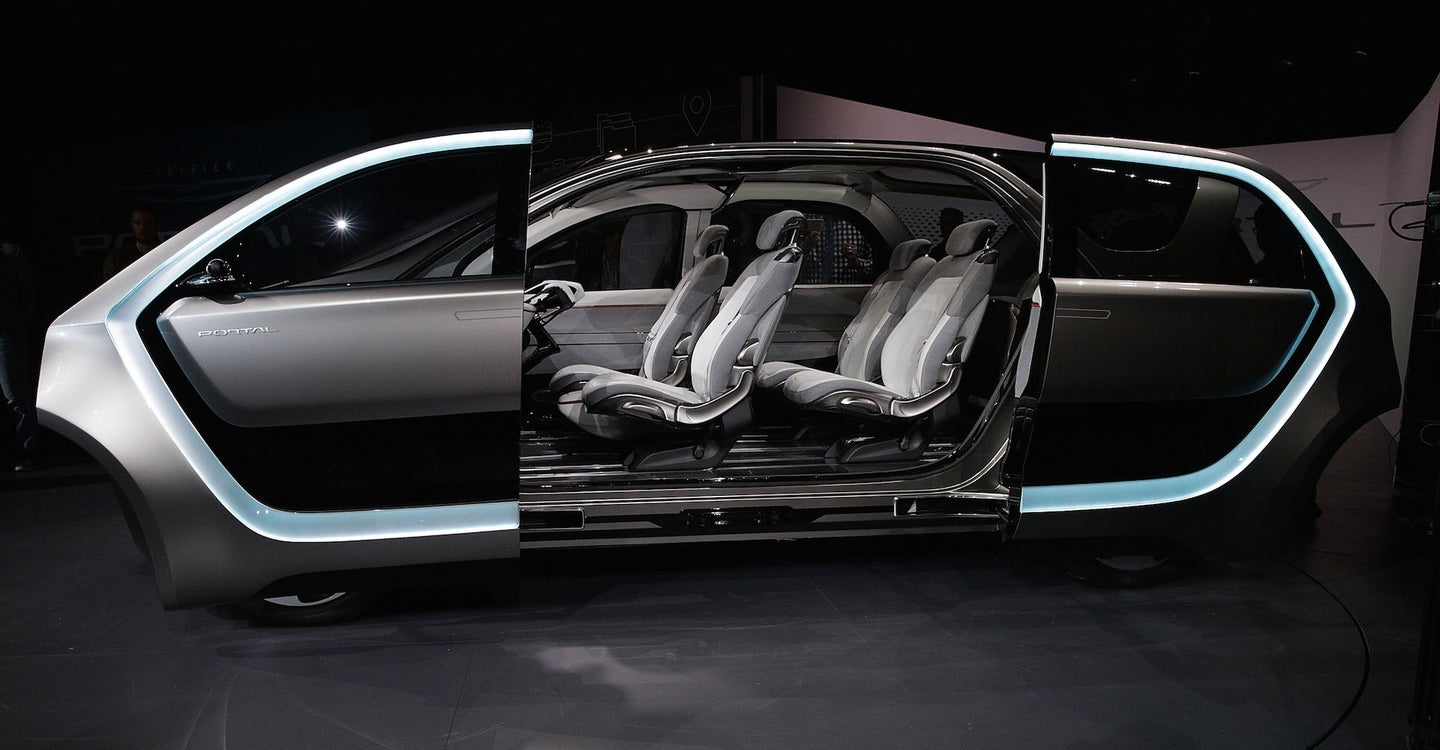 Chrysler-Fiat unveiled a minivan that was "designed by millennials for millennials" at the 2017 CES, and although it was touted as a concept, it seems to hit all the right marks. CEO Sergio Marchionne said the company will build the vehicle after 2018, according to the Detroit News.

The Chrysler Portal is a fully-electric minivan equipped with a 100kWh flat battery pack. Using a 350 kW DC Fast Charge hyper-fast charger, the Portal can rack up 150 miles of driving range in less than a 20 minute charge. Sized just bigger than a Mazda5 and smaller than a Town & Country, Chrysler's concept has doors that slide open from the middle. Exterior designer Matt Dunford said that computer simulations show that this type of B-pillarless design could withstand crash testing.

The minivan's seats go one step beyond stowing and swiveling, operating on tracks that enable them to be repositioned and easily removed. In fact, the vehicle can be purchased as a five seater, and additional seats can be added as families grow.

With a steering wheel that tucks away into the streamlined dash, the vehicle is primed for Level 3 self-driving capabilities and upgradable for full-autonomy. Connectivity was a key feature in the Portal, which was designed with socializing and treating the cabin as a "third space"—the place between home and the destination—in mind. The Portal is also "device agnostic," and can easily swap out mobile devices as equipment needs change or are upgraded.

"Smart" is one of the main messages that Ashley Edgar, one of the vehicle's engineers, delivered about the Portal during the reveal, saying that millennials are more concerned with connectivity and useful technology more than torque and horsepower. However, with the instant torque of electric powertrains, they may be able to get both, she noted.

Fiat-Chrysler doesn’t call it a minivan…but we all know what it is.

With the influx of 100 minivans from FCA, Google’s fleet will more than double.

This story is rated PG-13, for cruelty to animals and one use of the F-bomb.