Say what you want; this car is too awesome to care. 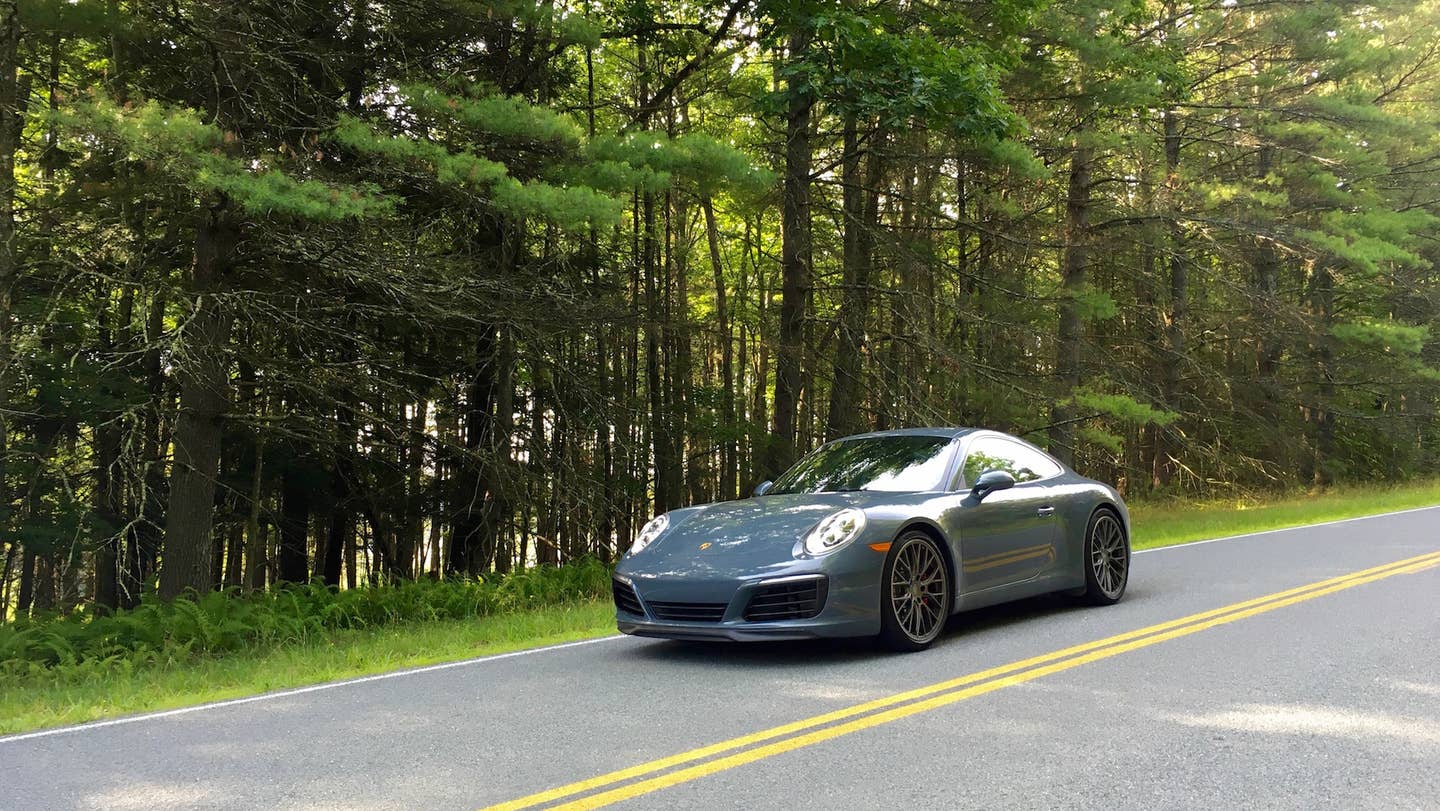 Welcome to Critic's Notebook, a quick and off-the-cuff collection of impressions, jottings, and marginalia on whatever The Drive writers happen to be driving. Today's edition: the 2017 Porsche 911 Carrera S

William Tyler is a talented guitarist and a longtime member of respected indie bands Lambchop and the Silver Jews. His latest solo record, Modern Country, is just what its title suggests—contemporary country music. Yet it's also unexpected, somehow encompassing all the twang and heartache and loss, but without any lyrics. It sounds like a Ry Cooder soundtrack for a remake of La Jetée,, or what the Scottish post-rock band Mogwai might sound like if they were from Austin instead of Glasgow. It’s mesmerizing, surprising, and re-inventive.

The same could be said for the newly updated Porsche 911 Carrera S, Porsche’s first turbocharged car that doesn’t specifically call out Turbo in the name. Like country music, the 911 enterprise should have died out many years ago. The shape, eighty-plus years after the Beetle prototypes on which it is directly based, is retro-slavish and stale, the price is borderline outrageous, and the rear-engine design is impractical by nearly every measure. Yet Porsche somehow manages to keep breathing fresh life into that scheme—in this case quite literally, with twin-turbochargers.

The result is a car with preternatural poise, in which the individual components function in perfect collaboration. This is even stranger because each element feels hyper rationalized: How could electrically-assisted steering be that precise, how could a classic-looking instrument cluster feel so advanced? The car is like a single decathlete made up of gold medalists in ten individual sports, an all-star team of bold braggarts that somehow manage to collaborate.

I packed my boyfriend and my gangly sixteen year-old niece (and all of her beauty and fashion implements) into the car for a five-week trip, and drove it a few hours upstate without complaints—the frunk is roomy and the back seat fine for kids (so long as you give them a distracting device). I took it on the back roads at speed, and it felt as dialed in and easy to place as a big Cayman, despite the fact that most of its weight hangs behind the rear axle like a stillborn walrus pup, its seven-speed manual blipping revs automatically on downshifts, its sport exhaust coroneting like a familiar industrial loom, its sport seats perfectly supportive and perfectly comfortable. I took it over to the house of my most fashion-conscious friend, and he literally died over the intense Graphite Blue Metallic paint (Ed note: no one died, literally or otherwise) which looks like Coalminer Smurf after a day at the pit, or the eyeshadow my mother favored in 1980.

The car isn’t Teflon. It’s The Blob. It absorbs everything—criticism, anachronism—and not only makes it its own, it makes stronger whatever it ingests. That’s not an insult. Steve McQueen had his first starring role in the 1958 film The Blob. And who is more 911 than Steve McQueen? Only the new 911.