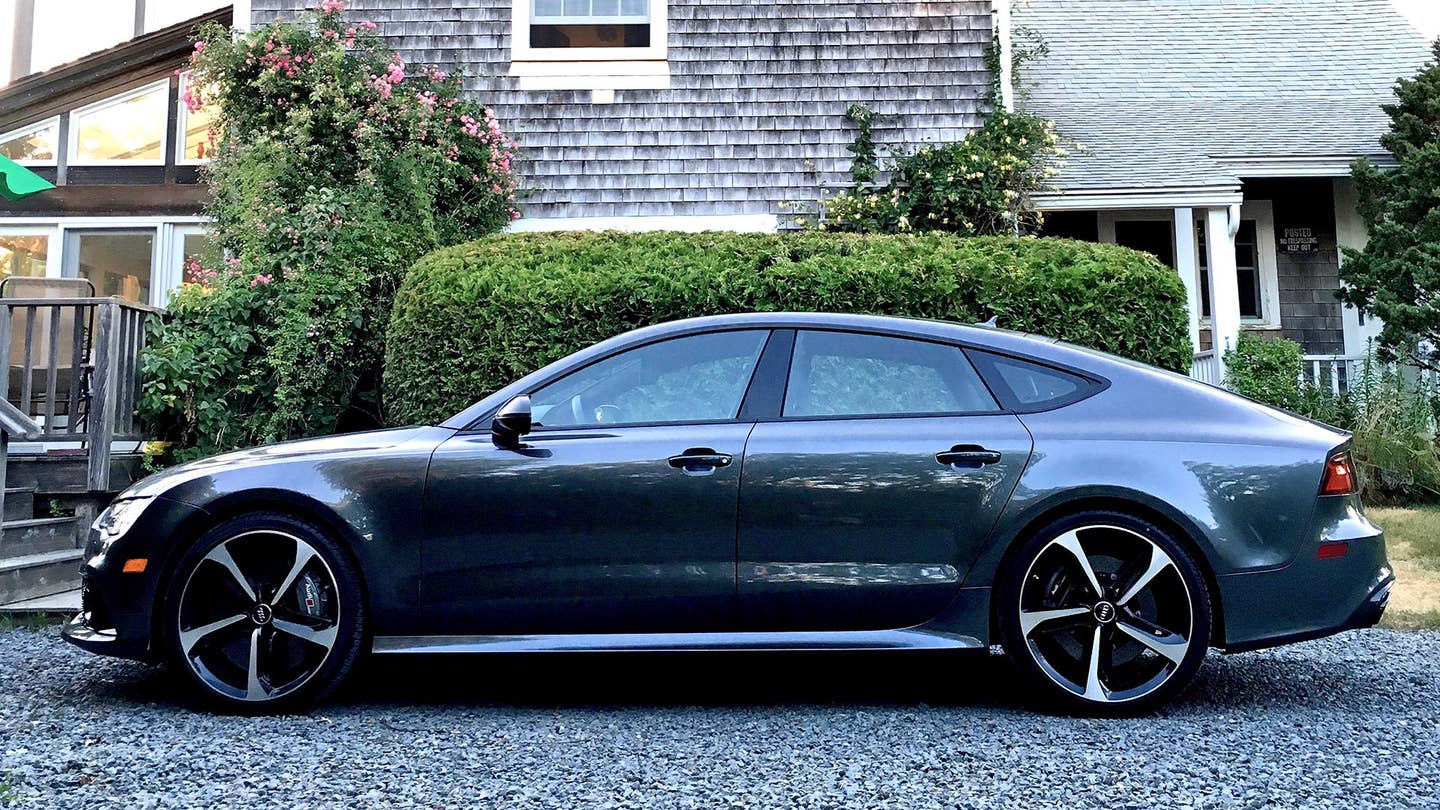 Welcome to Critic's Notebook, a quick and off-the-cuff collection of impressions, jottings, and marginalia on whatever The Drive writers happen to be driving. Today's edition: The 2016 Audi RS 7.

Though it’s akin to asking the groundskeeper at Shinnecock Hills to name his favorite blade of grass, I am asked with alarming frequency, “What’s your favorite car?” If I’m picking a daily driver, I usually choose from a well-worn set of vehicles I like to call All-Arounders.

These are cars that can do pretty much everything well. They’re commodious enough to haul my physical baggage to the airport and my ample recycling to the rural dump. They have the all-wheel-drive traction necessary for my active lifestyle and four-season commute to my country house. They are properly luxurious in a manner befitting a classy bitch. They have the ability to seat at least three other upscale middle-aged homosexuals (we’re New Yorkers; we car pool often.) They’re something I could reasonably afford. They’re something I can park without being constantly accosted or panicked. And they have the performance capabilities required by someone who spends his life getting in and out of the sportiest and most exclusive vehicles in the world. That doesn’t mean they have to be blindingly fast. Just fun and endearing

The RS 7 Performance is the ultimate upgrade on this category, with an impossibly potent twin-turbo V8 that outguns pretty much everything else on the market (including the V-10 in the R8), enough driver aid tech to relieve the strain of an 800 mile road-trip to Cape Cod, enough comfort to coddle a finicky backseat passenger, a Daytona Gray pearl effect paint job that puts Winslow Homer’s moody Atlantic Ocean paintings to shame, and an improbably malevolent appearance package that includes half-blacked-out wheel spokes so sharply attenuated they could be made of Valyrian Steel.

Mercedes may have “invented” the four-door coupe, but in two generations, its CLS has gone from surprising (if inelegant) to overwrought, and in neither case has it hit the near perfection of Audi’s cetaceaceous hatchback. The RS 7, with its arched, elongated design, looks almost French—and I mean that as the highest complement. It’s like a Citroën DS9 ironed out and stripped of deconstructive stupidity. It transfixes pedestrians, valets, even people who don’t care about cars—like, the slew of middle-aged New York artists we were hanging with in Truro—in part because it doesn’t look anything like a contemporary car. It looks like the getaway vehicle driven by the protagonists of Serge Gainsbourg’s Bonnie and Clyde. Timeless, menacing, and iconoclastic. A new one is due any time now. I hope they don’t fuck it up, or irredeemably water it down, like they did with the R8.