It’s a convertible. End of story? 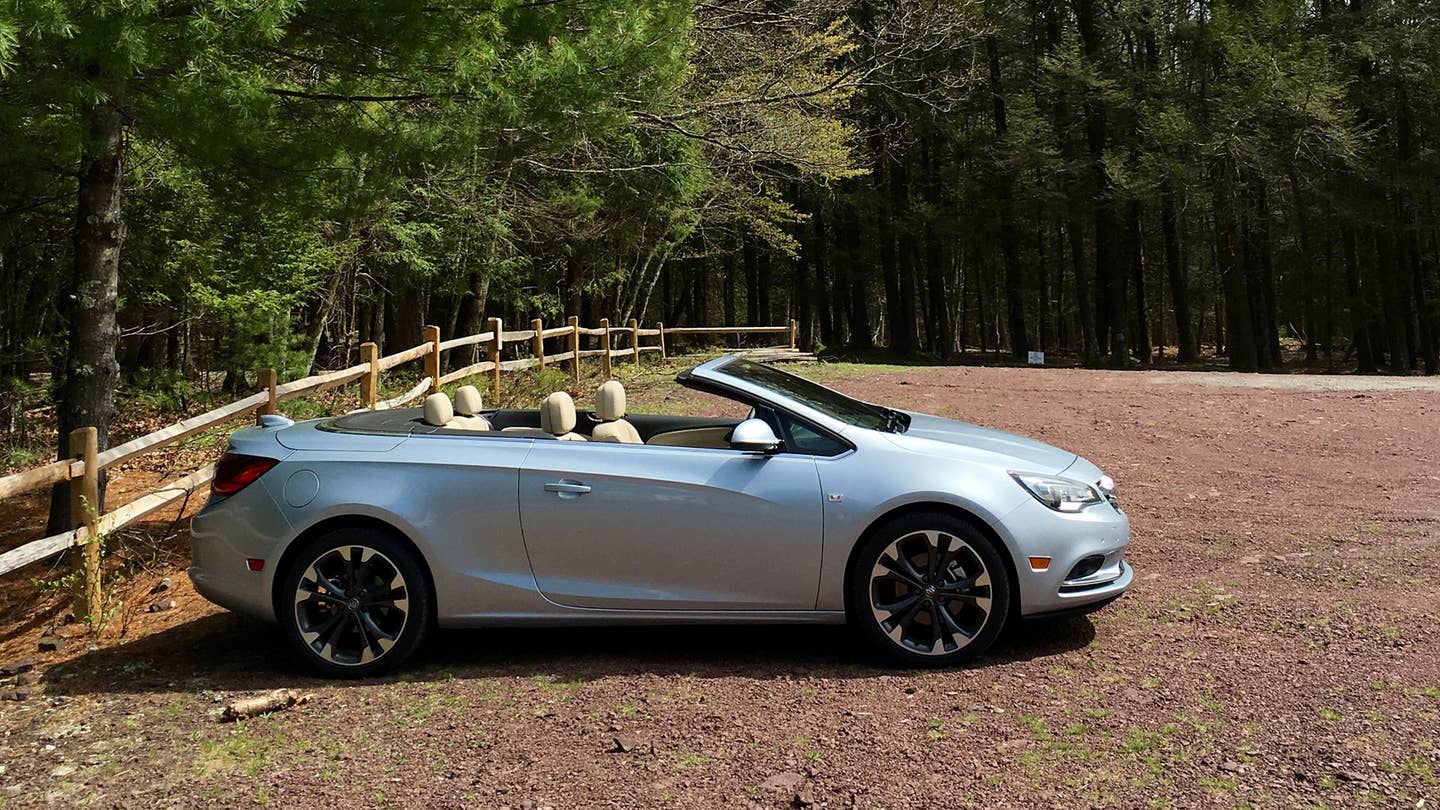 I am a convertible person, and I’m not afraid to admit it even to the most die-hard, coupe-loving car maniac. A retractable top is still magic for me, every time. Convertibles create a moment—dropping the top is literally a transformative event, an automotive strip-tease of sorts. Convertibles are more fun; for me, they in fact equal fun. When I’m offered the choice between the coupe and the convertible, sure, I may hesitate. I may admit that the coupe is prettier, and probably truer to the designer’s intent. Then I go ahead and pick the convertible.

The Buick Cascada is not offered as a coupe in America. It's a convertible only, the entire and sole point of the car. Buick hasn’t offered a convertible here since the Reatta, an over-hyped, under-adored (and perhaps under-rated) exemplar of General Motors’ hubristic late 20th century overreach. That was twenty-five years ago. Offering a ragtop now is meant to appeal to convertible lovers like me—to alert us to the fact that Buick still exists, and that the brand also makes other types of vehicles besides coffins.

This strategy worked. I’ve driven over two hundred new cars in the past three years; until now, not one has been a Buick. I now know that Buick makes a convertible—I could tell because the Cascada’s top retracts. In fact, when someone asked me to describe my thoughts on the Cascada, this was just about all I could say. “It’s a convertible.” Kudos to the Buick marketing team.

Digging deeper, the Cascada is also quite comfortable, with seats that are far more supportive than their plentiful perforations would lead one to believe. It's solid and flex-less, even on rough terrain. And it is stylish, if a bit over-styled, especially around the furrowed flank and frowny face. Plus, it’s quiet. The Cascada’s teensy, 1.6-liter turbocharged four-cylinder feels nested in felt, an appropriately unemotional means by which to conduct four thousand pounds of smooth jazz. More than once, I remote started the car, and when I got in, I could not discern whether it was running.

Still, it's a convertible—an American, compact, near-luxury convertible. Such cars used to be on offer in multitudes from brands like Pontiac, Oldsmobile, and Mercury. If you can name another one in the current landscape, let me know. That doesn’t make it covetable, but it does make it unique. For the Buick brand, unique is a virtue.

Pricing On the Buick LaCrosse and the Upcoming BMW-Toyota Sportscar Project: The Evening Rush

Plus, the Hammocraft and beer from Tributary Brewing Company.

Critic’s Notebook takeaway: The convertible to rent when they’re fresh out of Mustangs.