The Evening Rush: The Chevy SS Lives, and Patagonia Retro-X Vests Are Half-Off

It’s a good day for burnouts and breathable sportswear. 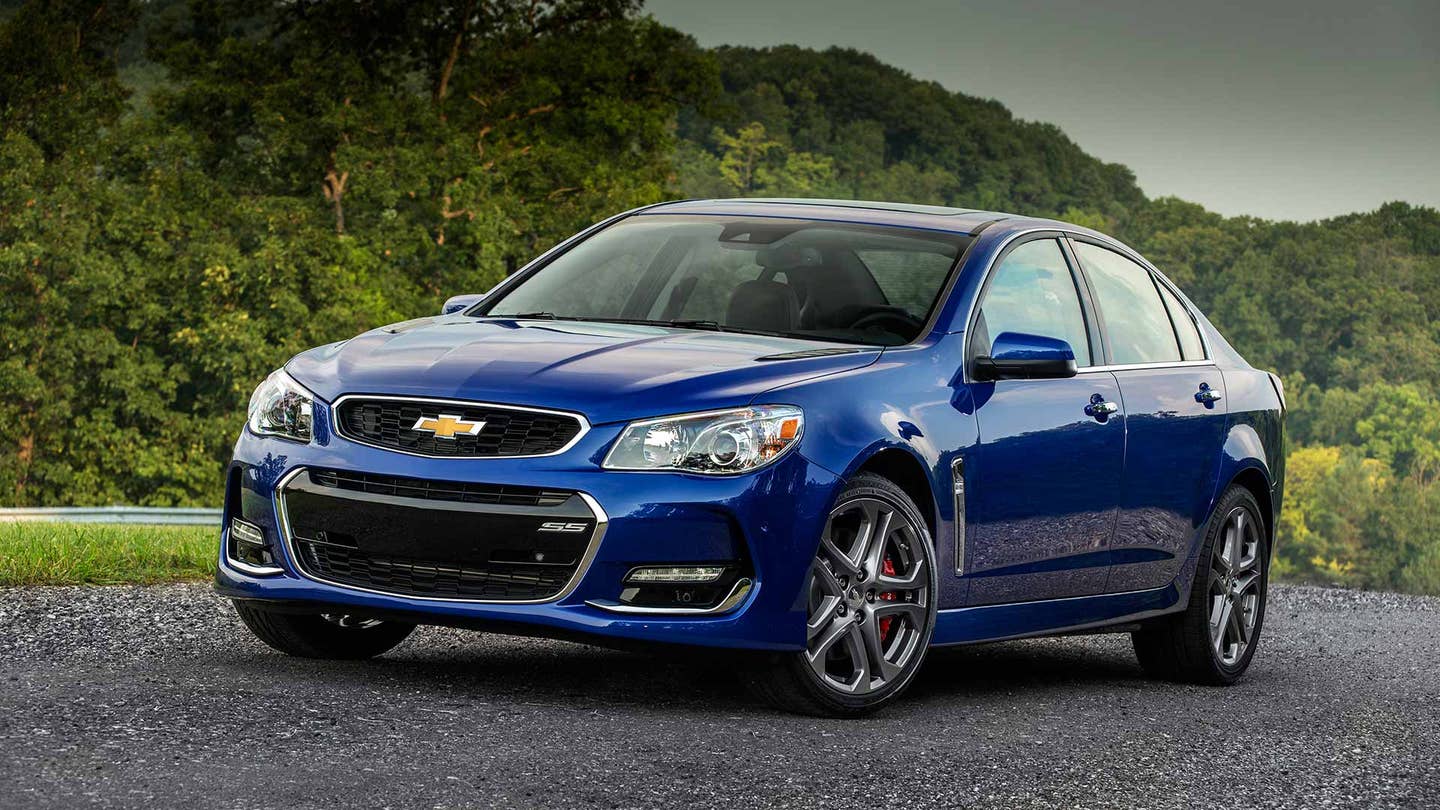 There has been a lot of talk regarding the possible death of the Chevy SS after Holden closed its doors. Fortunately, it looks like there is a chance the rear-wheel-drive, V8 sedan may be with us a little longer, at least according to Chevrolet Camaro Chief Engineer Al Oppenheimer.

BMW is flirting with the idea of manufacturing an M7! If BMW were to make the BMW M7, though, it would have to be catastrophically powerful: the M760Li already has 600-horsepower V12.

The automotive world changed. If someone were to tell you even a decade ago that Mercedes offered a “drift mode” in one of their cars, you'd chuckle. Well, sir or madam, chuckle away: Mercedes-AMG installed a drift mode in the new E63.

Running is hard (duh), so why add extra weight? Rhone recently released a lightweight pair of 7” running shorts, the Swift, that will make you feel almost alarmingly nude. Just remember to put them on, please.

There's a new solution for your habit of talking to yourself while strolling the city's street. (No, not lithium.) Hop on over to Kickstarter and check out Ripplebuds, a set of wireless, noise-cancelling earbuds with a built-in microphone. You'll have a great pair of headphones and plausible deniability.

Today’s beer pick take us to Austin Street Brewery in Portland, Maine. This little brewery stands among better known institutions like Bissell Brothers and Foundation, but hold their own—proving a small, 1bbl system can boogie in the right hands. Looking to grab a taste? Go local: Portland's just off a major interstate and boasts an international airport.

Vests are one of the most underrated pieces of outerwear. They confidently keep your core warm while letting the “guns” breath. The vest, in truth, is nothing less than the silent hero of Spring. Patagonia’s Classic Retro-X Vest is 50% off and ready to wrap you up.

The only round-up you’ll need.

The Drive’s Evening Rush: From the New Mercedes E63 AMG to the Infallible Firestash Pocket Lighter

Your nightly cull of automotive, gear and lifestyle news, all in one place