The seasoned flat track racer schools the field in a beginning-to-end domination of MotoAmerica Supersport at Virginia International Raceway. 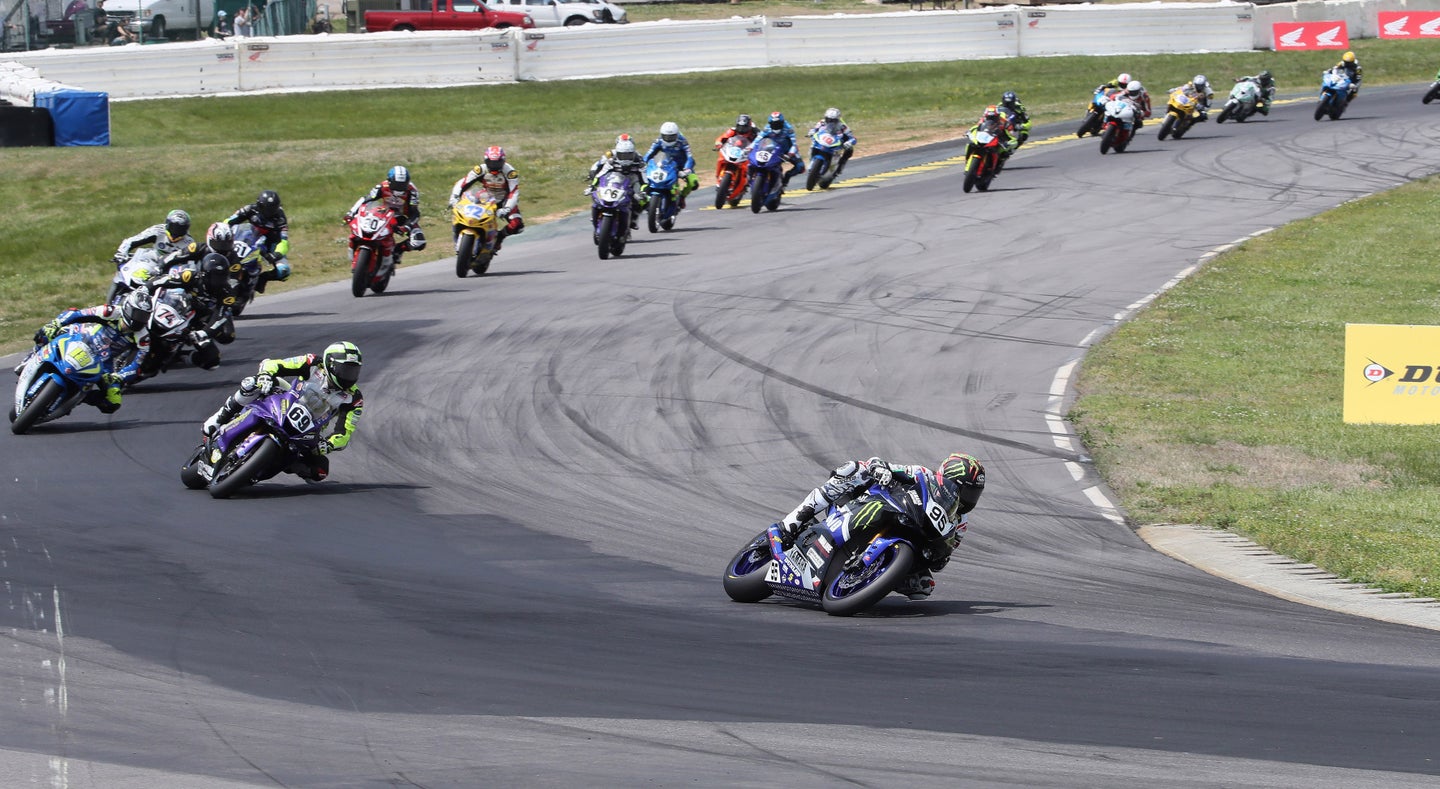 JD Beach led the MotoAmerica Supersport race from beginning to end, winning with a dominating 28 seconds between himself and the second place finisher, at Virginia International Raceway. Beach is a seasoned flat track racer and a road racer; a combination that might be his not-so-secret weapon. This win was ultimately decided when Hayden Gillim crashed out of second place during the race.

Despite Beach’s incredible performance for his Monster Energy/Yamaha Extended service/Graves/Yamaha team, the big story of the race was for the eventual second place finisher, which was decided from a race-long four-rider battle that saw multiple, breathtaking passes on every lap. Who would finish second or fifth was unknown until the final turn, where Tuned Racing Yamaha rider Braeden Ortt nabbed it for second place over M4 ECSTAR Suzuki’s Cory West, taking his first MotoAmerica Supersport podium and win. Beach leads Gillim over West in the championship standings, with Ortt in fourth.

“My whole team just gave me a great bike today. I think, for me, the race was won in the first five laps or so because I got a little bit of a gap on Hayden [Gillim] I was really having to push. Then, he went down at lap 12 or so. It really sucks to see that just because he’s riding so well. For sure, it’s made me a better rider because I live with him and I don’t want to get beat by him. I know it’s the same for him. It was a great race. I think my mission this year is just to win as much as I can. I want a Superbike ride bad,” Beach said after the race.

Third place finisher West said, “It was crazy. I mean, he’d [Ortt] pass me in some pretty random spots, and wasn’t quit thinking about his exit, he just wanted the point. He’d kind of pinch himself off on the exits and give me a run on him. Since he stuffed me, fair is fair, and I’d stuffed him back. A couple times his passes weren’t maybe the cleanest, I mean we never made contact, but they were kind of late sometimes. But the boy was on it. He had me covered in the third segment. I was good into turn seven, up the hill, and had to make my passes when I could, or else he would have just gotten away. It was a fun ride. Big props to team M4 ECSTAR Suzuki for having me on board.” West, so far, is only filling in temporarily for rider Valentin Debise, who was injured in this year’s Daytona 200.