The Meltdown Vintage Motorcycle Show has established itself, with unique builds and rare classics, as a go-to vintage event in the North Carolina mountains. 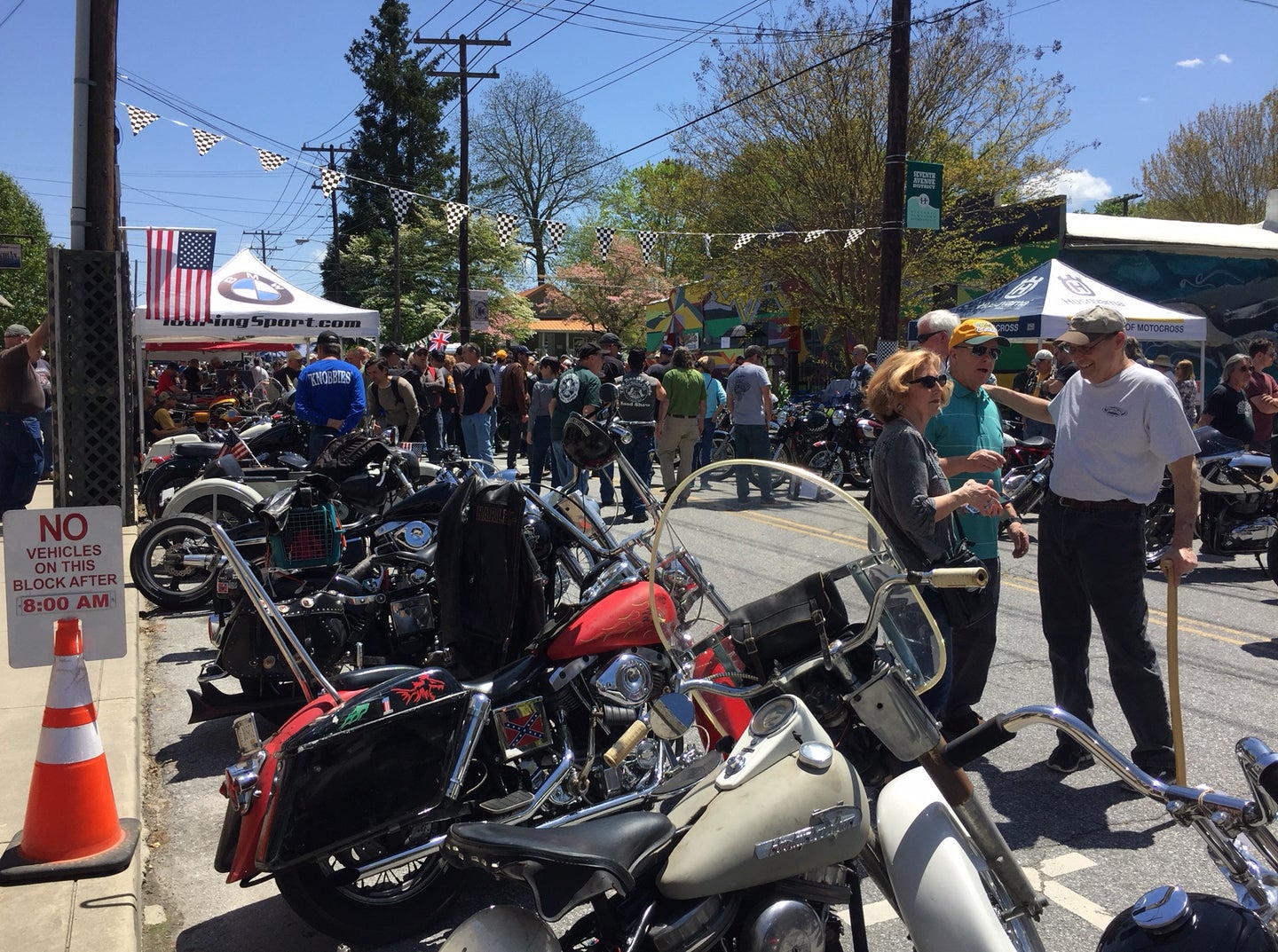 The Ton-Up Highlands Boys, which is a tight group of six, local, hard-riding vintage bikers, just wanted to have fun with motorcycles while raising funds for local charities. They are hosts of the Meltdown Vintage Motorcycle Show that’s now in its seventh year and has grown into a full-sized vintage motorcycle event in the North Carolina mountains. The Ton-Up is an international club and the Highlands Boys are one of over 25 chapters. This yearly event always takes place at the Southern Appalachian Brewery, Hendersonville, North Carolina, about 20 miles from Asheville.

“We ride, race, and work on most British vintage motorcycles. We’re a small group," lead organizer Daniel Huggins said. "A couple of the guys and I were sitting here drinking a beer and talking to Andy Cubin, owner of the brewery, and he asked about doing a bike night. We said, how about an event instead and we’ll see what bikes show. It grew from a little show to this. This year we had over 250 entered to show, and estimate the crowd to be up to 3,000.”

Huggins continued, “The selection of different marques and is second to none; it’s as good as you will find anywhere. The Ton-Up club members do the judging and we have chapters here from Indianapolis, Pittsburg, and Chicago. It’s $5 to enter a bike in the show, it’s free to spectators, and all of the money always goes to a local charity, where we feel like our contribution is going to make a real difference in what they’re trying to do.” This year’s charity was Brother Wolf Animal Rescue.

The Meltdown’s first year was contained in a small parking area next to the Southern Appalachian Brewery and has grown each year now to the point that the City of Hendersonville closes off more than four blocks of city streets for the event. Even with that, spectator parking, mostly motorcycles, has spilled over many blocks beyond.